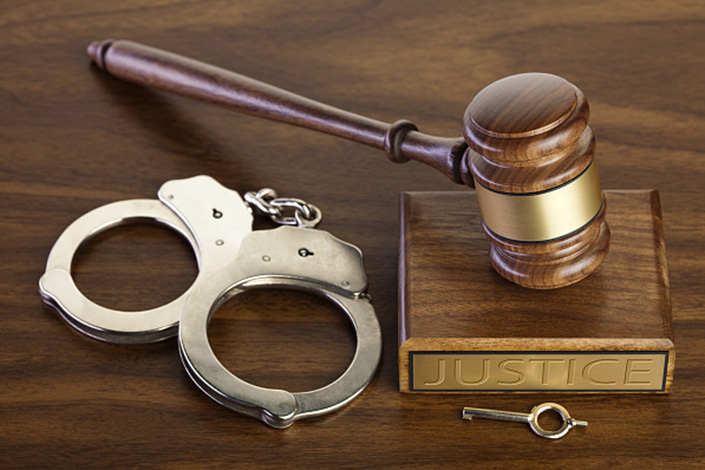 The Law on Countering Organized Crime (Draft) is open for public feedback until Sep.18. Photo: VCG

China has moved a draft law aimed at consolidating its crackdown on organized and gang-related crime one step closer to enactment as the government seeks to add more teeth to its three-year war on mafia-like organizations, while also preventing minors from becoming ensnared in their nefarious activities.

The Law on Countering Organized Crime (Draft) was submitted for a second reading to the Standing Committee of the National People’s Congress (NPC), the national legislature’s top decision-making body, during its 30th session last week. The full text of the draft has been published on the NPC’s website and is open for public feedback until Sep.18.

The three-year campaign to crackdown on organized crimes was launched by the CPC Central Committee and the State Council, China’s cabinet, in January 2018. In the past three years, authorities have busted 3,644 mafia-like organizations, 1.3-times as many as during the previous decade, according to the state-run Xinhua News Agency. Another 11,675 criminal gangs have been taken down and 237,000 suspected of involvement arrested.

The draft law was submitted to lawmakers for a first reading in December, with revisions being added following deliberations. One final reading is still required before the draft can be enacted into law.

During the first reading, Li Ning, deputy director of the NPC Standing Committee’s Legislative Affairs Commission, said that it is necessary to formulate a law that specifically targets organized crimes, as the current legal provisions are scattered and some ineffective, while provisions on prevention and governance of such crimes are still lacking.

Guo Shengkun, the secretary of the Central Political and Legal Affairs Commission, said in January that the end of the crackdown would lead to the “normalization” of the fight against organized crime.

The draft law, which consists of 77 articles in nine chapters, applies to domestic as well as overseas organized crime groups, which have members in China or commit crimes within its borders. Overseas criminal gangs that commit crimes against Chinese nationals outside the country would also be targeted.

The draft law has also included provisions to protect minors from organized crime and prevent them from participating in criminal gang activities. It stipulates that schools and education authorities should strengthen students’ understanding of such crimes.

Criminal groups that recruit minors or encourage them to commit crimes shall receive severe criminal penalties, the draft law says.

The draft has also included provisions to allow investigators handling cases of organized crimes to probe into the gangs or their members’ financial status and seize their ill-gotten gains.