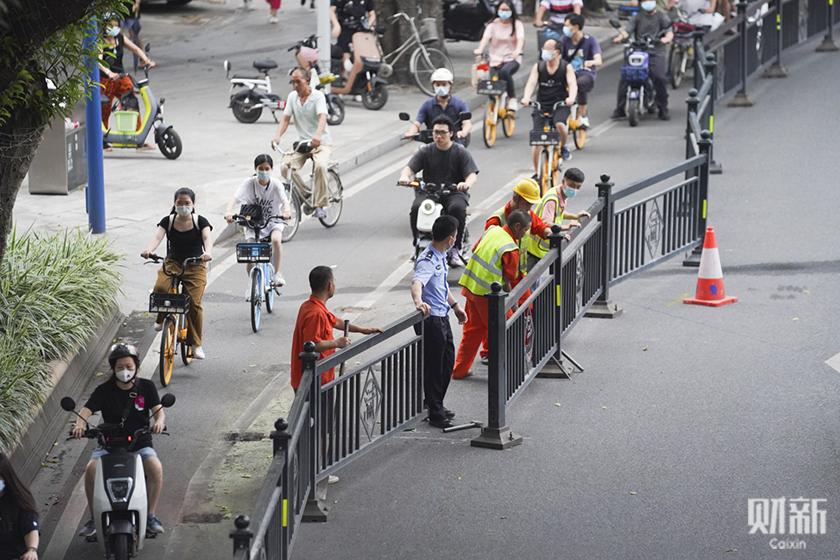 On Wednesday, workers widened the lane for bicycles and scooters on Jiangnan avenue in Guangzhou, South China’s Guangdong province, as the city closed some bus and subway services in a battle against local Covid flare-ups, forcing many to cycle or walk to work. Photo: Liang Yingfei/Caixin 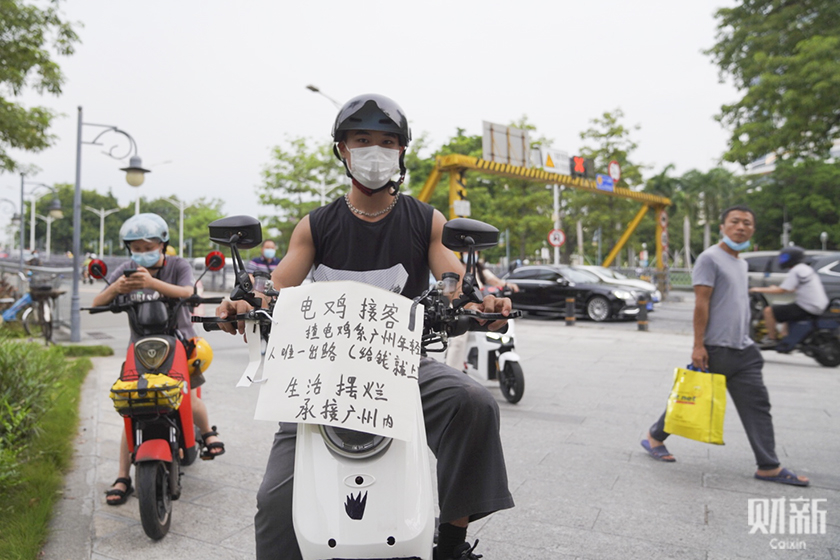 A man waits for customers for his scooter transportation service outside a subway station in Yuexiu district, Guangzhou. Photo: Liang Yingfei/Caixin 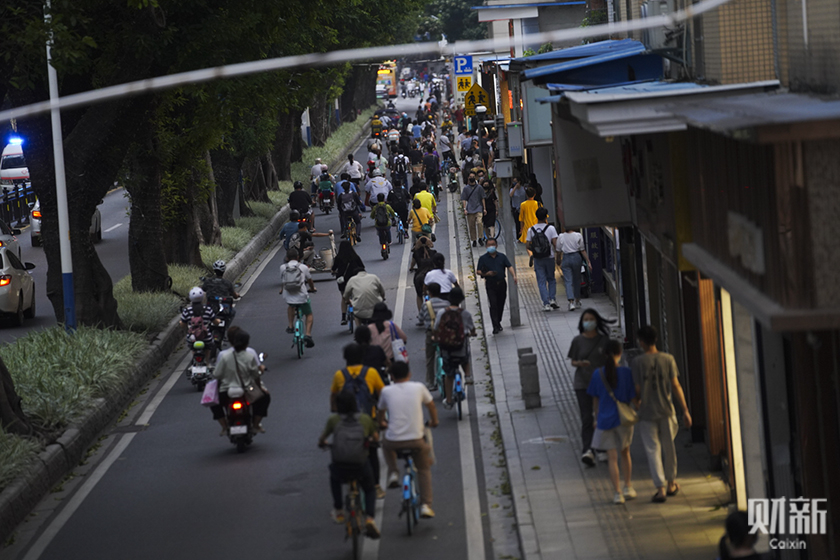 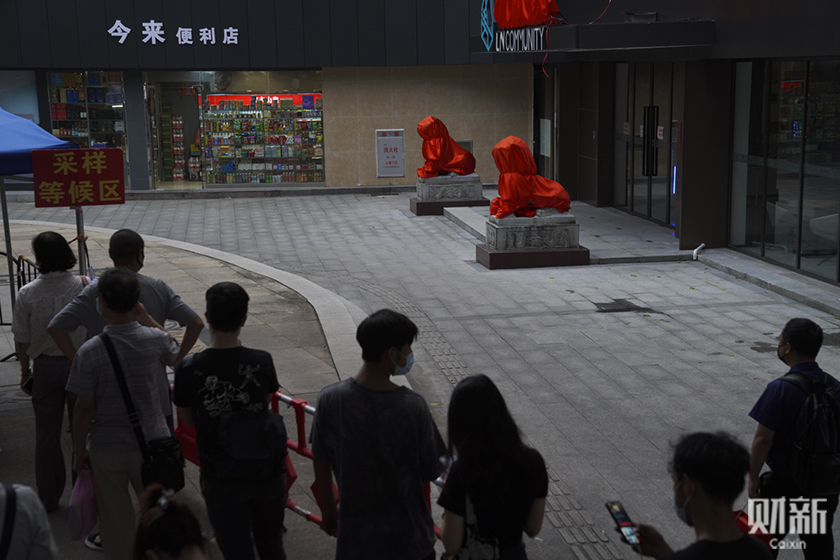 Residents queue for nucleic acid tests in Guangzhou’s Haizhu district. The city reported nine local cases on Wednesday, of which eight were detected in Haizhu. The district launched a third round of mass testing on Thursday. Photo: Liang Yingfei/Caixin 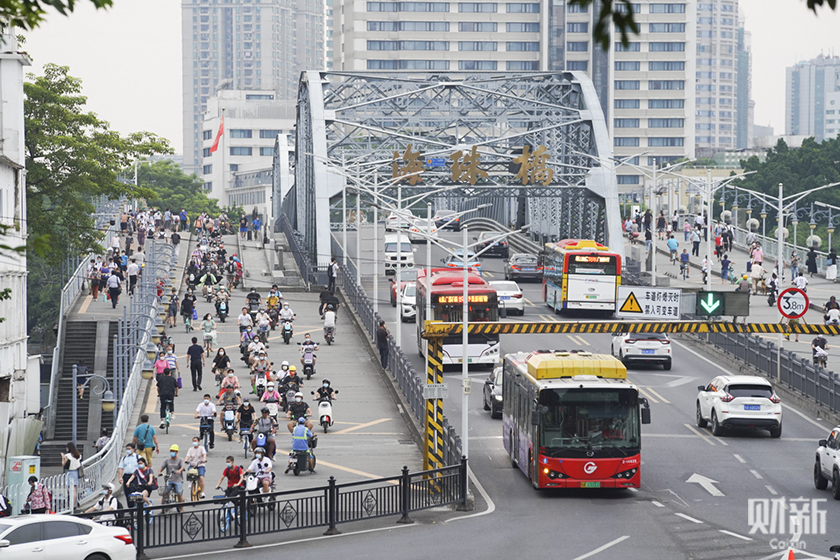 Traffic on Haizhu Bridge increased during rush hour due to the closure of subway stations. Photo: Liang Yingfei/Caixin 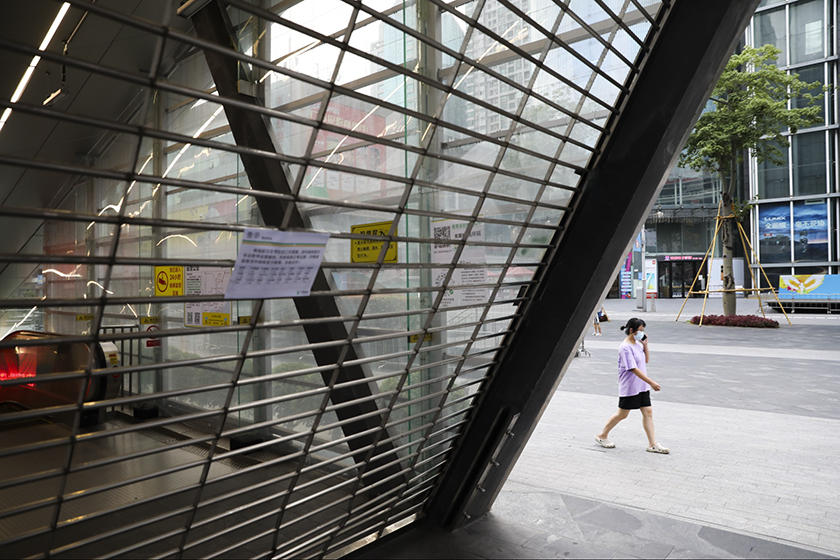 A closed subway station in Shenzhen’s Huaqiangbei on Monday as the local government issued a four-day lockdown notice. Huaqiangbei is known as one of the world’s largest electronics markets. Photo: IC Photo 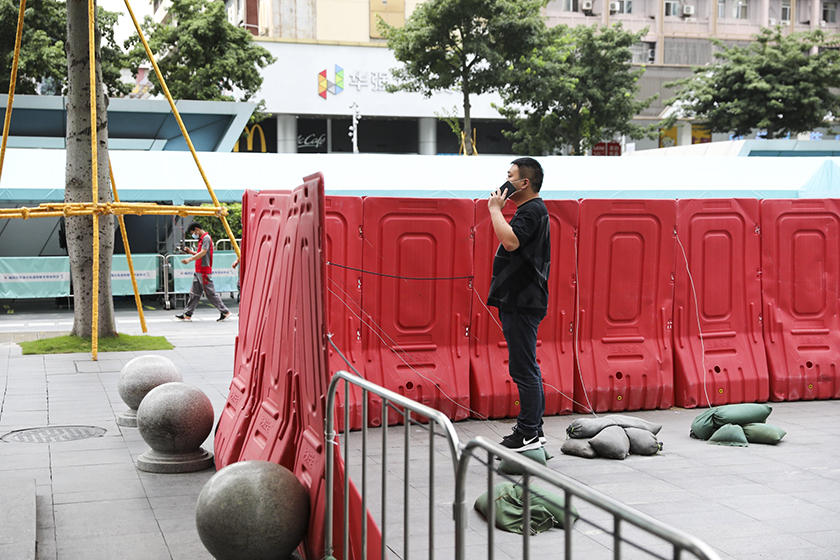 Barricades are set up on a pedestrian street in Huaqiangbei. Most cases discovered in Shenzhen since Aug. 23 were identified as BF.15, a mutation of the omicron subvariant BA.5.2.1. that was newly detected in China. Photo: IC Photo 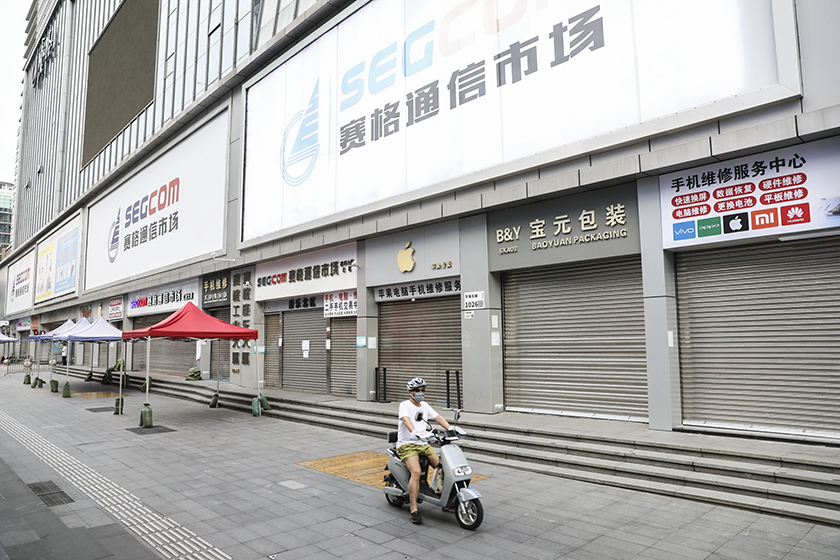