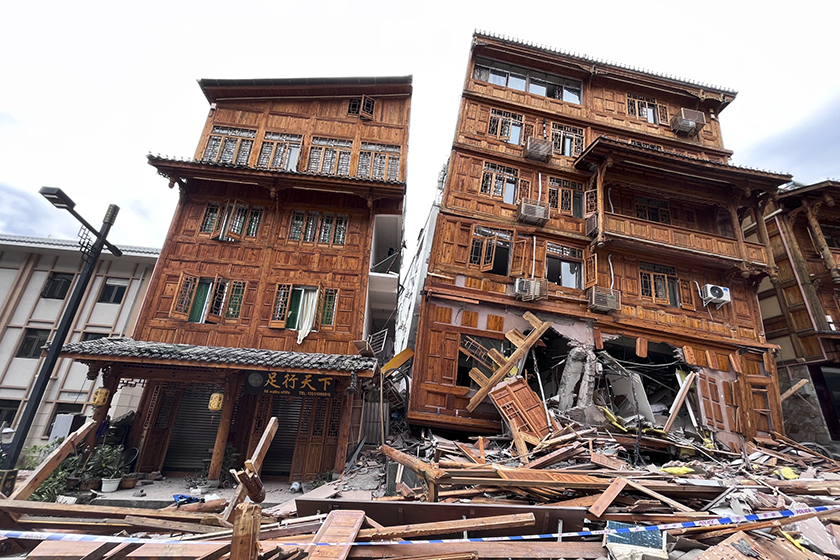 Buildings are damaged in Moxi in Luding county, Sichuan province, after a 6.8-magnitude earthquake jolted the county at 12: 52 p.m. Monday. Photo: The Paper 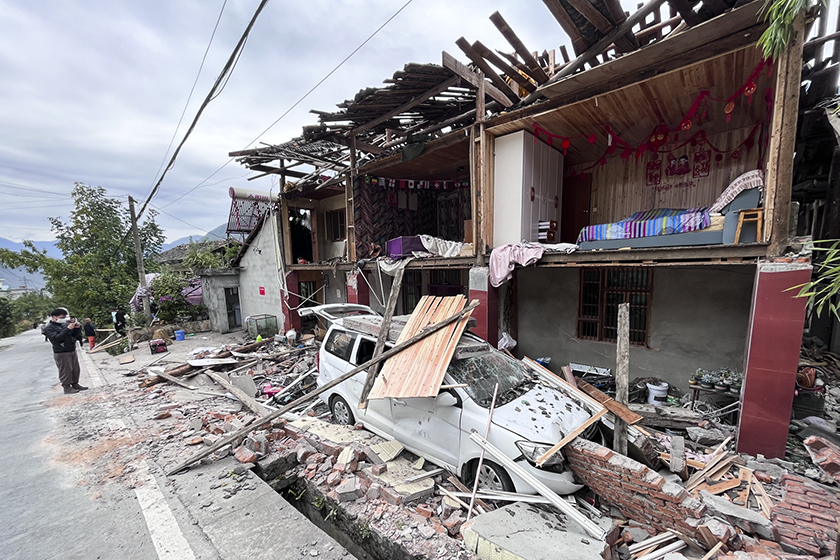 The wall of a house is left in debris. The quake’s epicenter was located 16 kilometers beneath Moxi. As of 2 p.m. Tuesday, the local authorities reported a death toll of 66 people with 15 missing and 253 wounded. Photo: The Paper 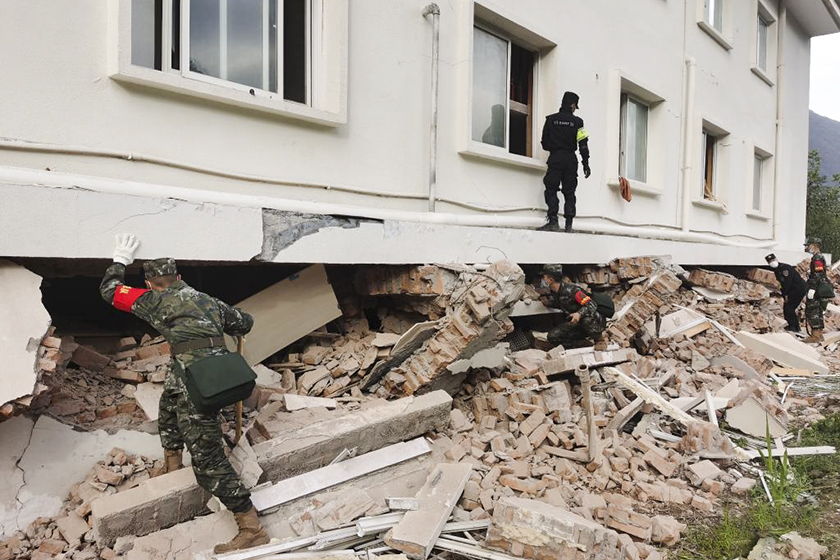 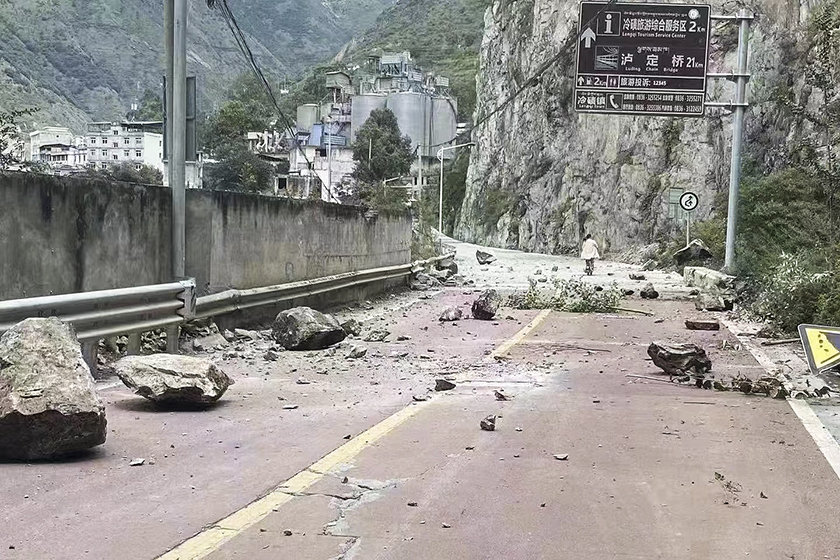 The earthquake caused landslides in Lengqi town, about 20 kilometers from the earthquake’s epicenter. Photo: VCG 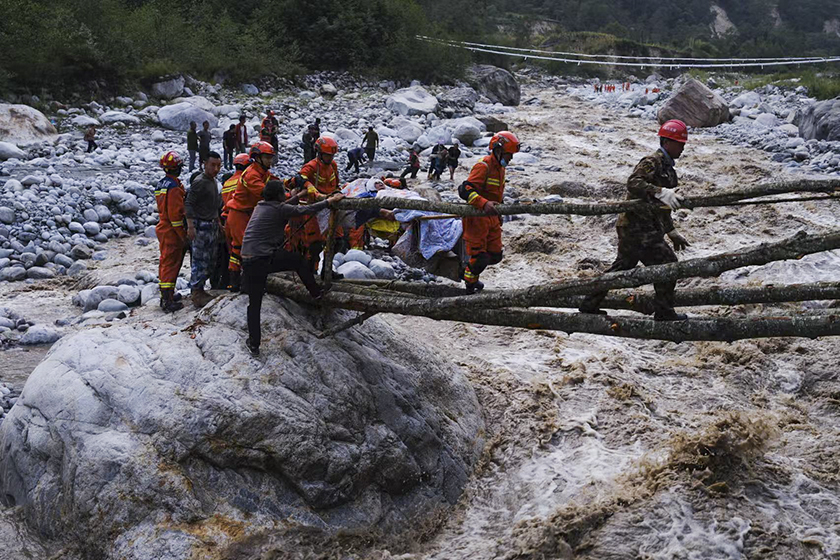 Rescue personnel carry a survivor on a stretcher in Moxi. According to the local authorities, Garze Tibetan autonomous prefecture counted 38 deaths as of 2 p.m. Tuesday. Photo: Courtesy of Sichuan Fire Rescue Corps 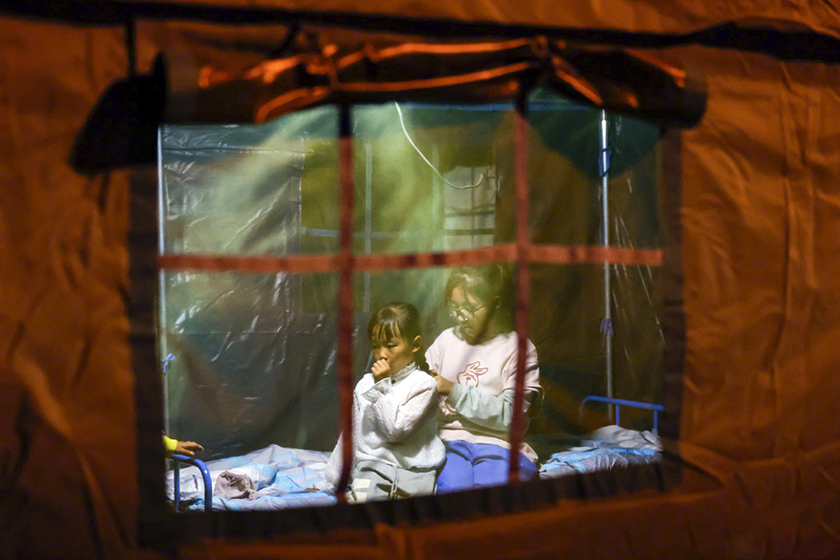 Children sit in a tent, part of a temporary shelter set up in Moxi. Photo: Xinhua 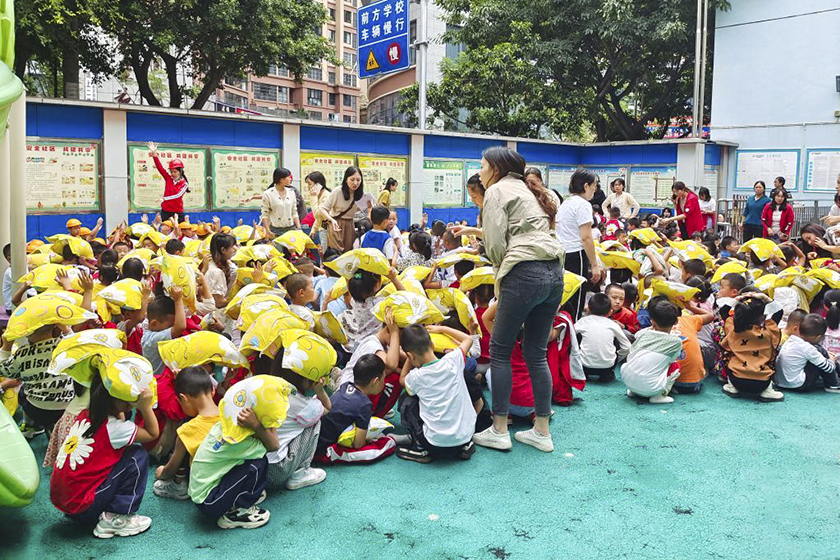 Kindergarten teachers take care of evacuated children at the playground of a school in Shimian county, Ya’an, in Southwest China’s Sichuan province. As of 5:50 a.m. Tuesday, the quake killed at least 28 and injured 78 people there, according to CCTV. Photo: Xinhua 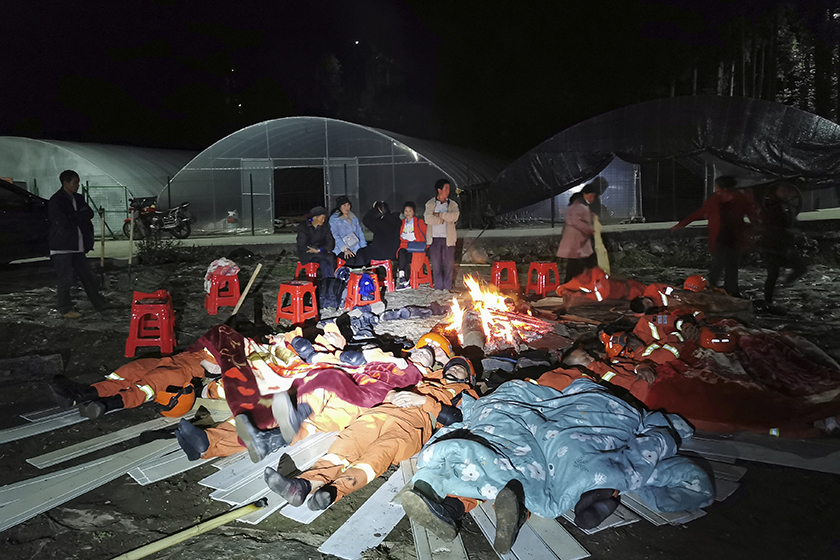 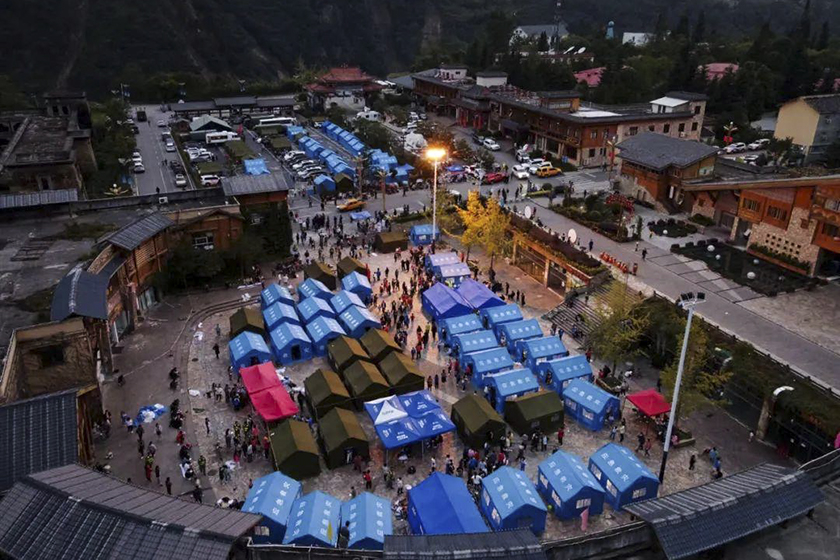 Tents and folding beds were allocated to evacuated people in Moxi. Over 50,000 residents were evacuated as of early morning Tuesday. Photo: CCTV