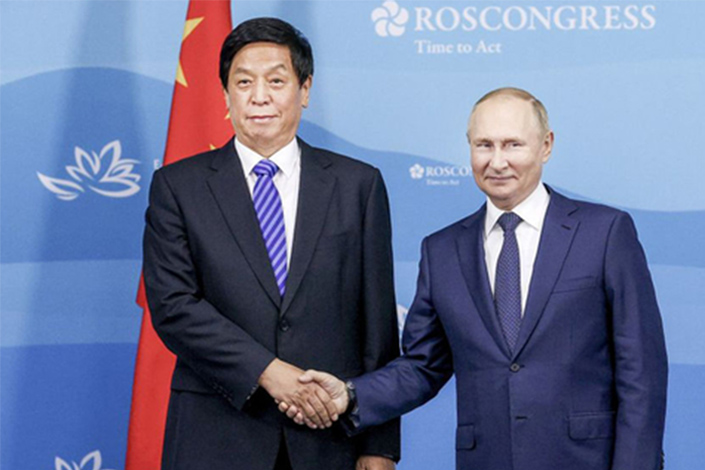 Li Zhanshu, the speaker of the Chinese parliament, reaffirmed during a trip to Russia last week that China is willing to continue to support its neighbor’s vital interests and to keep working with Moscow in fighting back against foreign interference and sanctions, according to state media reports.

The four-day visit came as Russian troops reportedly have been retreating from some areas they controlled in eastern Ukraine in the face of a counter-offensive that has recaptured thousands of kilometers of territory over the last several days.