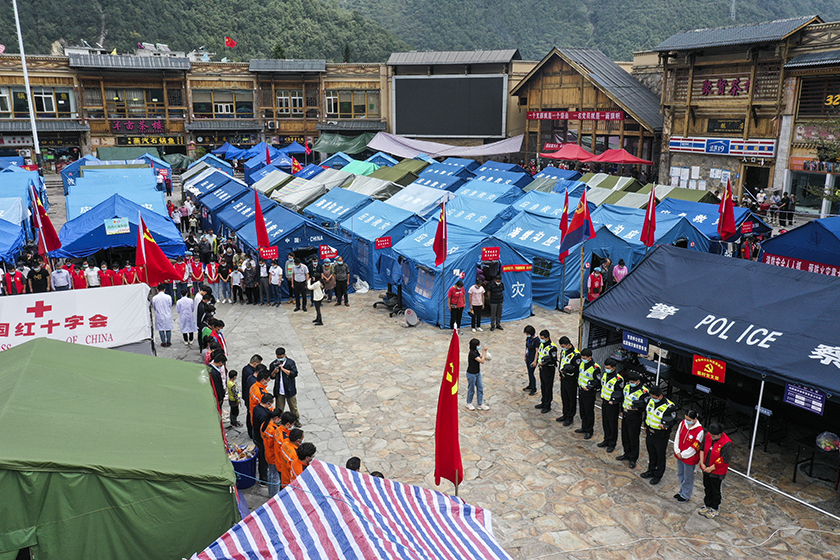 In the town of Moxi in Luding county, Southwest China’s Sichuan province on Monday, rescue personnel mourn those who died in the 6.8-magnitude earthquake that hit the area on Sept. 5. Photo: VCG 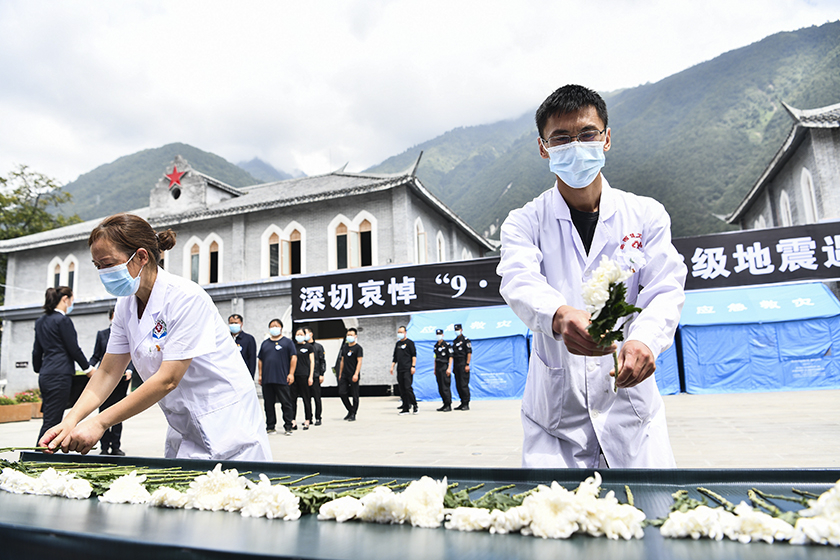 Medical personnel lay out flowers to memorialize the victims of the quake. Officials in Sichuan lowered the emergency response level that day after most transportation, electricity and communication services resumed in areas affected by the earthquake. Photo: Zhang Lang/China News Service, VCG 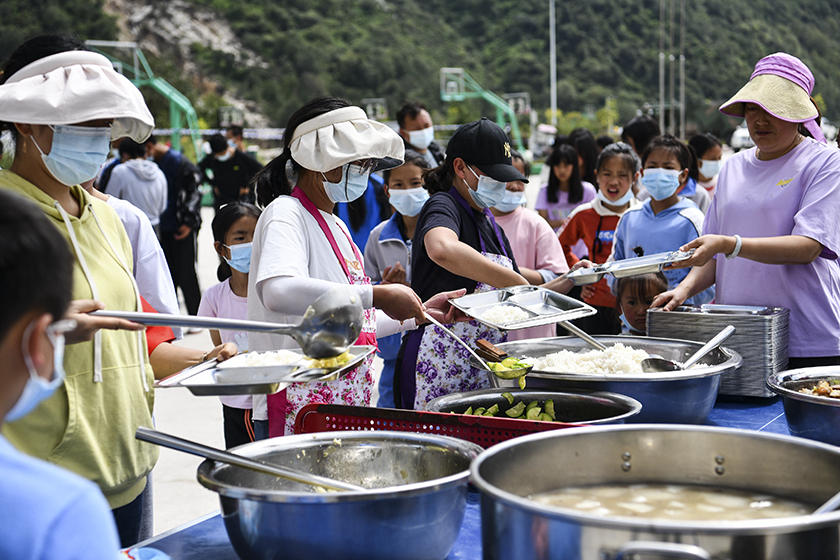 Teachers distribute food Sunday to students in a temporary shelter in Luding county. As of 5 p.m. Sunday, the earthquake had led to 55 deaths in the Garze Tibetan autonomous prefecture and 38 in the city of Ya’an. Photo: Zhang Lang/China News Service, VCG 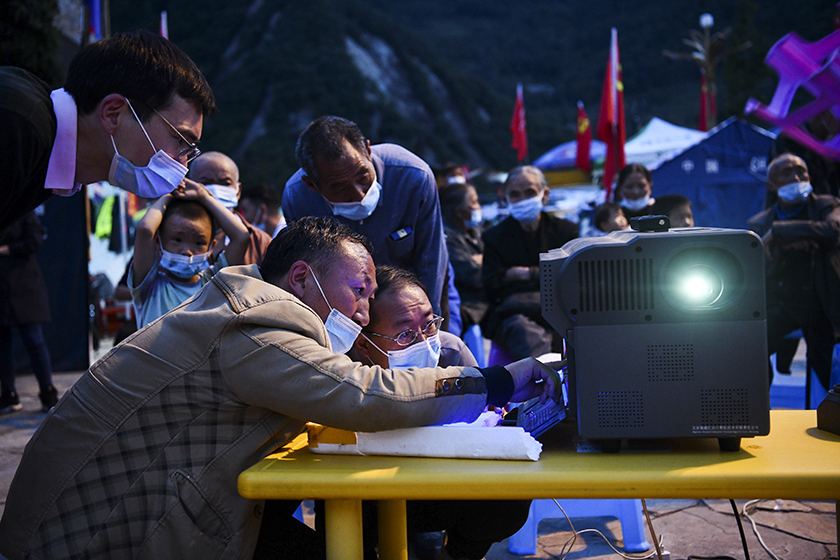 Workers adjust a projector to show a movie to residents evacuated to Moxi on Saturday to celebrate the Mid-Autumn Festival. Photo: Zhang Lang/China News Service, VCG 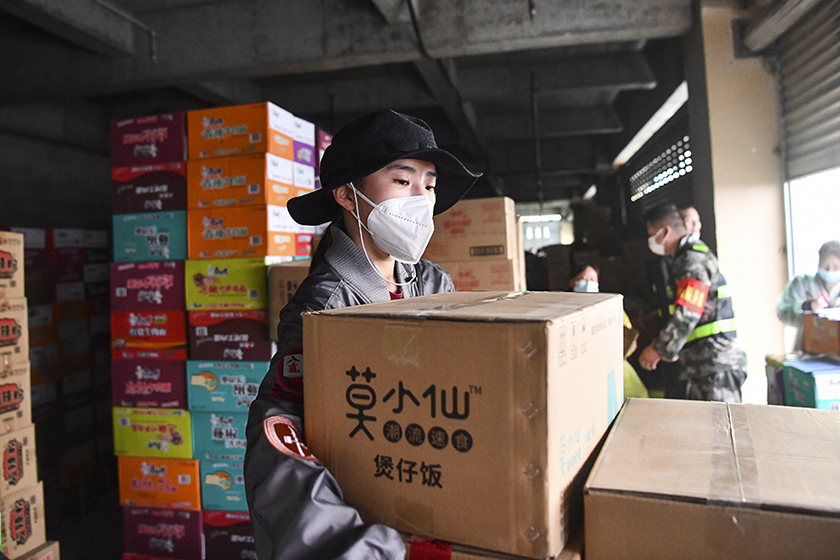 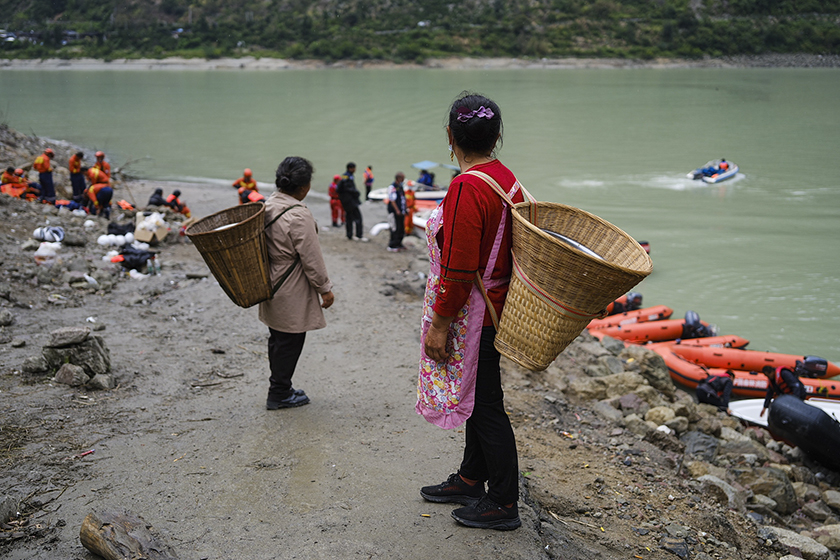 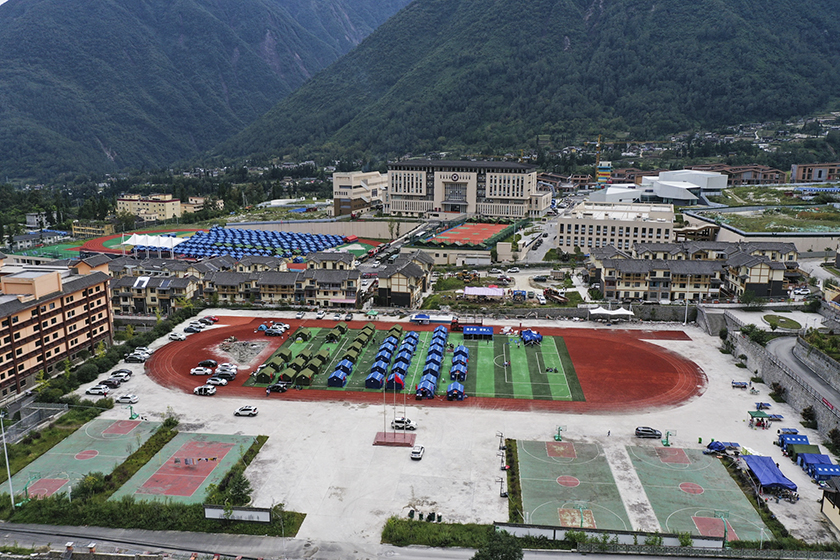 A total of 125 temporary shelters have been set up in Garze and Ya’an to resettle more than 17,000 people, according to a Chengdu Daily report. Photo: The Paper 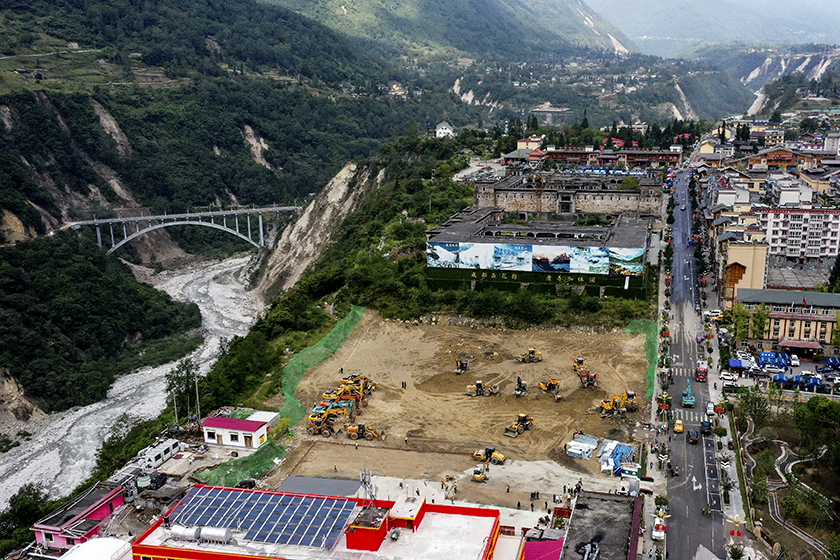 Construction of transition housing began in Moxi on Monday. About 600 of the homes are expected to be ready for people to move into in a week. Meanwhile, rescuers are continuing their search for 25 people still missing. Photo: VCG