Photo Essay: As Lakes Dry Up, so Do Incomes of Neighboring Farmers 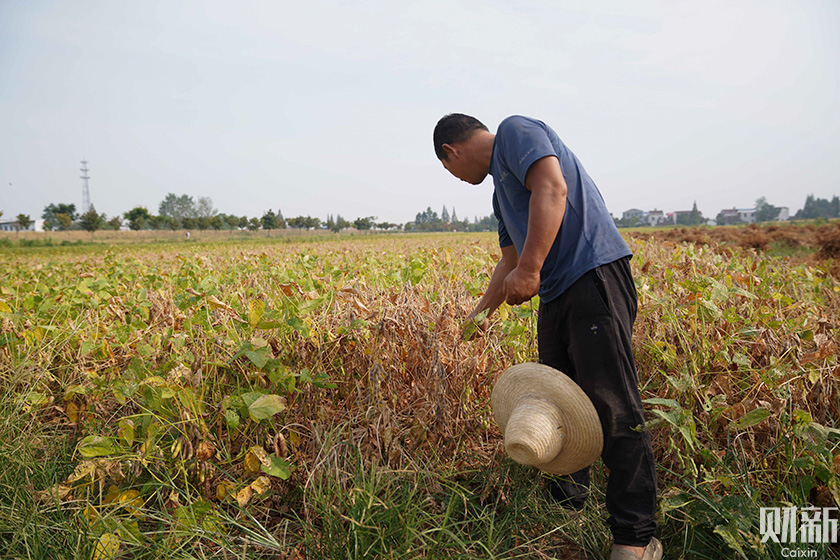 Local farmer He Ping stands among dried-up crops in Tuanjie, a village in Hunan province, on Aug. 28. Photo: Caixin

At 2:00 p.m. on Aug. 27, Mao Couchang got a call from a neighbor. His pump had caught fire after being used for too long, and the burning motor had ignited weeds in Mao’s fields, leaving a charred scar on the flat farmland.

Mao, 55, is a farmer in Maojia, a village in Lianhu township in East China’s Jiangxi province. In a month in which rice typically sprouts, by Aug. 28 this year, a third of the 20 hectares of farmland Mao farms under contract had not been watered for weeks.

Irrigation of Mao’s farmland depends on a 10-kilometer-long canal called Xiaogang, which fluctuates in line with Poyang Lake. Since July, the lake’s water level has sunk due to historic droughts. On Aug. 4, the lake was determined to be “dry” earlier than any year since records began in 1951.