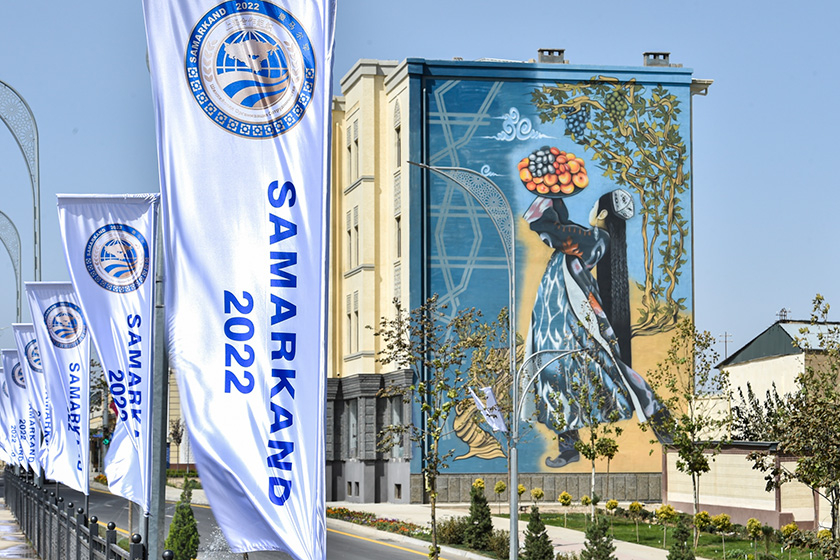 The 22nd meeting of the Council of Heads of State of the Shanghai Cooperation Organization was held on Thursday and Friday in Uzbekistan’s Samarkand, casting a spotlight on this ancient city, a prominent trading hub on the ancient Silk Road traversing Central Asia. Photo: VCG 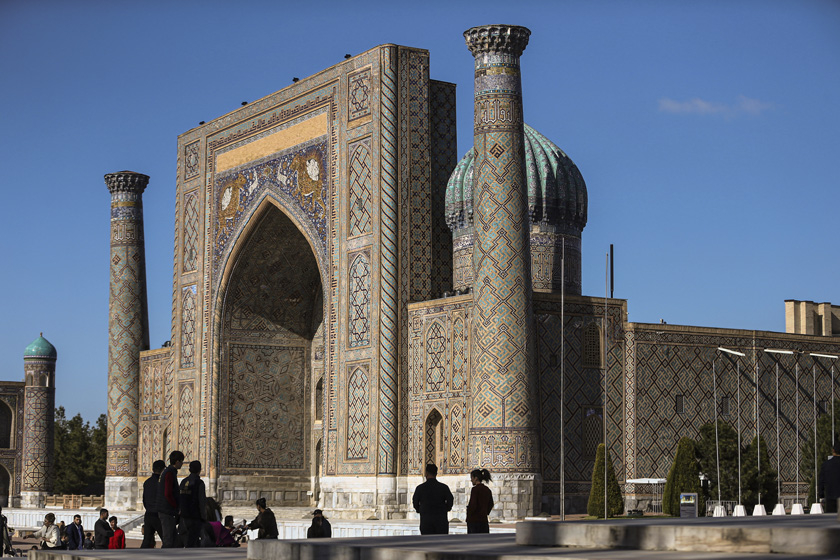 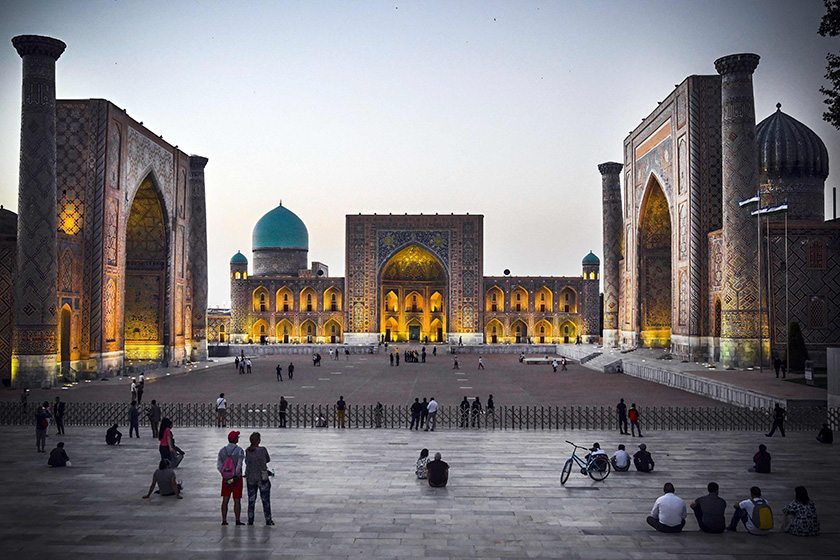 Registan Square is framed by three grand madrasas in distinctive Islamic architecture, which were built between the 15th and 17th centuries. The square is regarded as one of the most beautiful in the world. Photo: VCG 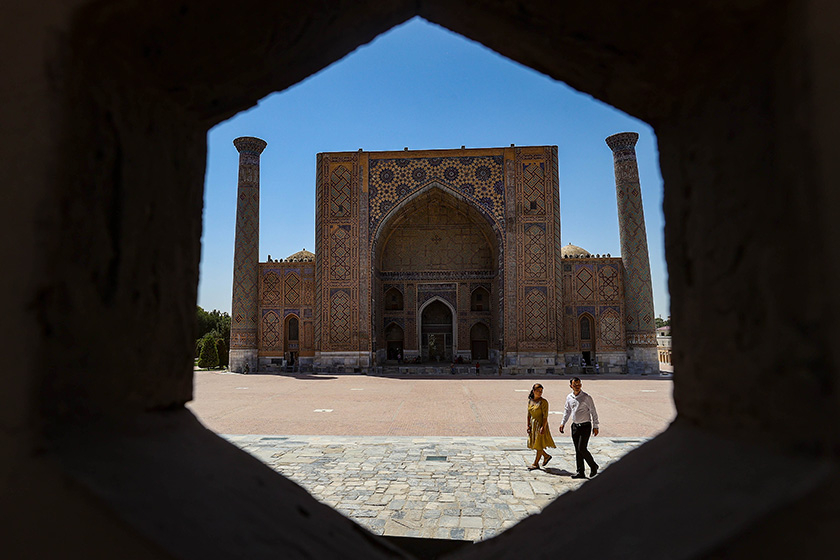 People walk in front of Ulugh Beg Madrasa, the oldest extant building in Samarkand’s Registan Square, which was built in the 1420s by the Timurid ruler and astronomer Ulugh Beg. Photo: VCG 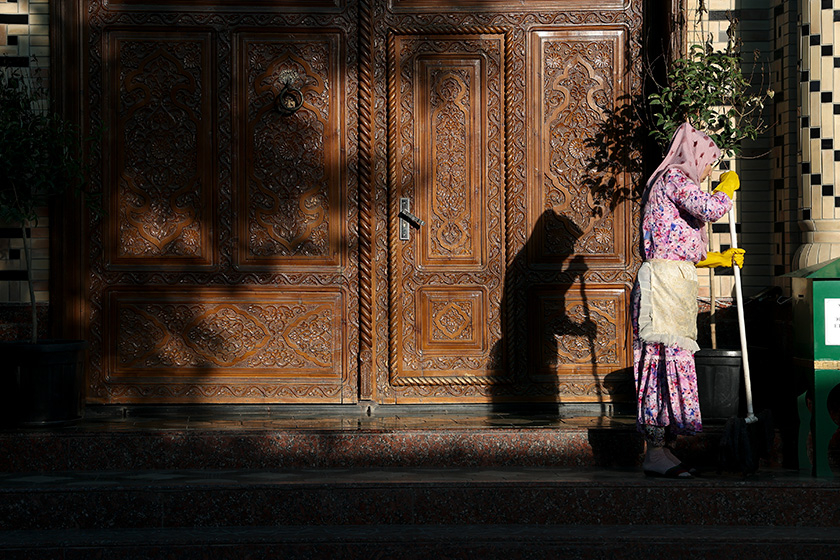 A woman cleans the steps at the entrance to Khodja Nisbatdor Mosque on Aug. 21. Photo: VCG 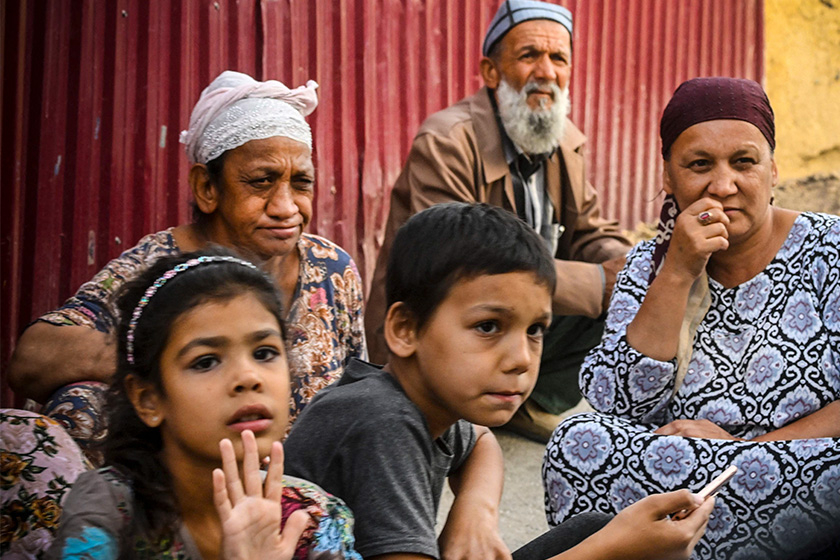 People watch the world pass from a sidewalk in downtown Samarkand on Tuesday. Photo: VCG

Porcelain tableware is on sale at Siyob Bazaar in Samarkand on Aug. 18. Uzbekistan’s ceramic tradition is among the world’s oldest and finest, famous for vibrant patterns since merchants plied the ancient Silk Road. Photo: VCG 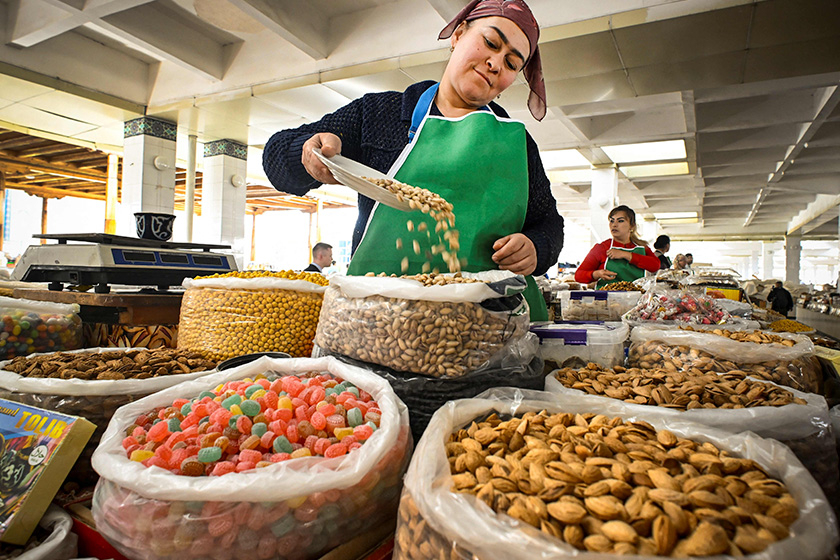 A vendor sells nuts at a market in downtown Samarkand on Wednesday. Photo: VCG 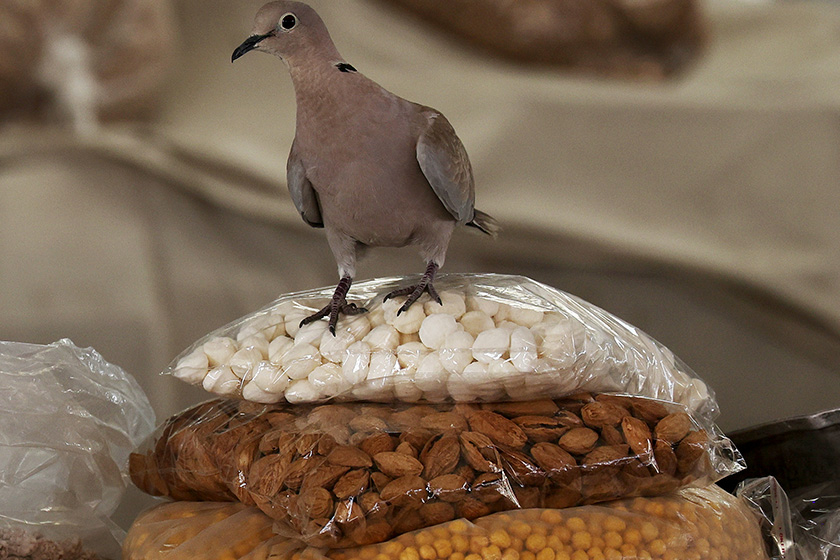 A pigeon sits on a bag of nuts at Siyob Bazaar, Samarkand, on Aug. 18. Photo: VCG 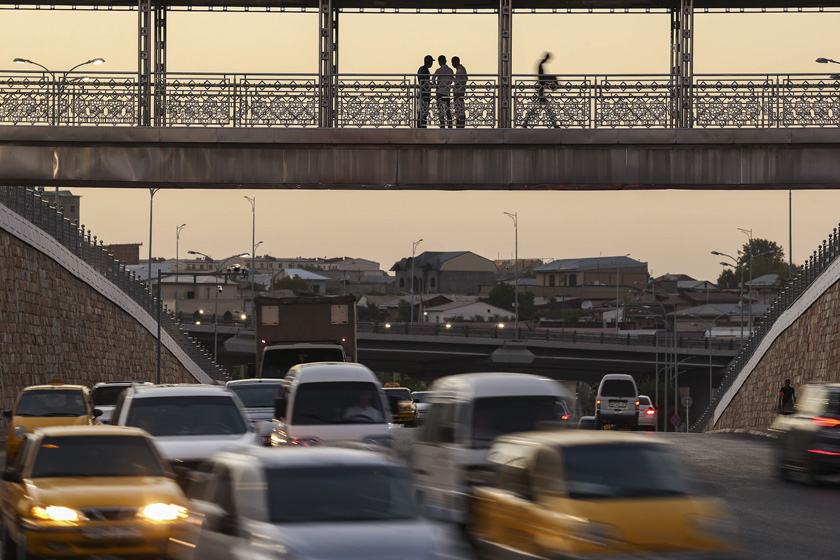 Vehicles fill a street in Samarkand on Aug. 18. Samarkand is the second largest city in Uzbekistan, and with a history dating back to 1500 B.C. Photo: VCG 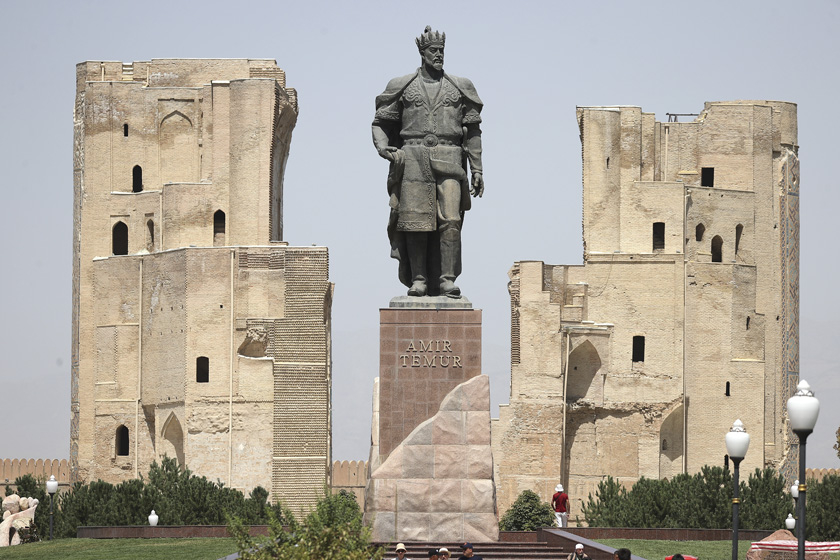 A statue of Amir Temur stands in the Ak-Saray Palace ruins in Shahrisabz, south of Samarkand, on Aug. 19. As a great military leader, Temur founded the huge Timurid Empire that dominated Greater Iran in the early 15th century. Photo: VCG 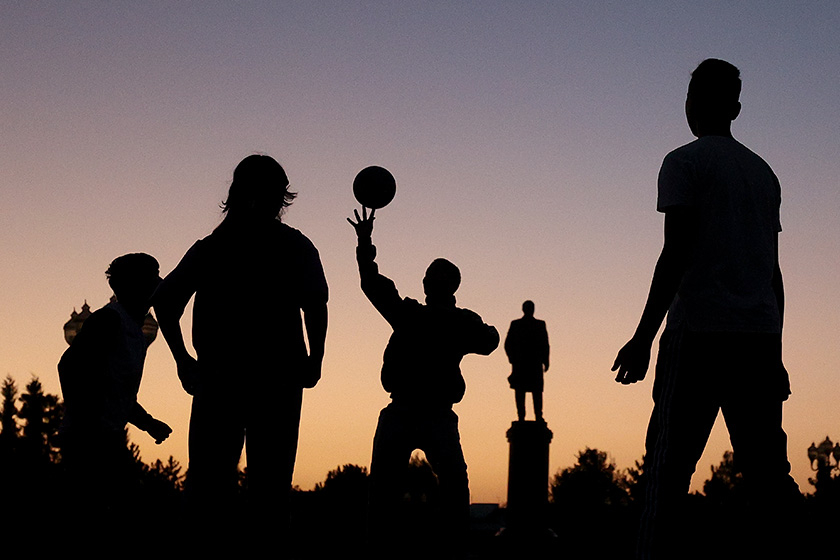 Children play with a ball at dawn in Samarkand on Aug. 21. Seen in the distance is a statue of Uzbekistan’s first president Islam Karimov. Photo: VCG 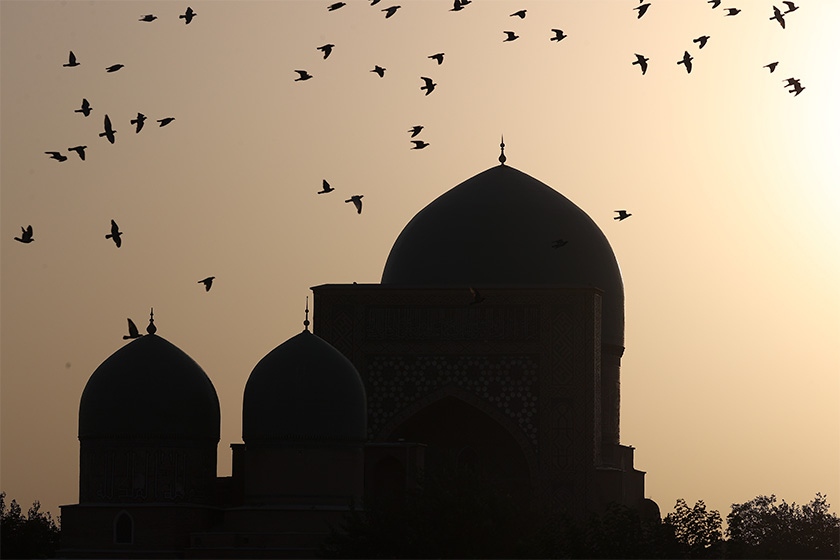 A flock of birds flies over the Kok Gumbaz Mosque in Shahrisabz, south of Samarkand, on Aug. 19. Samarkand was added to the UNESCO World Heritage List in 2001. Photo: VCG