By Liu Ran and Kelsey Cheng 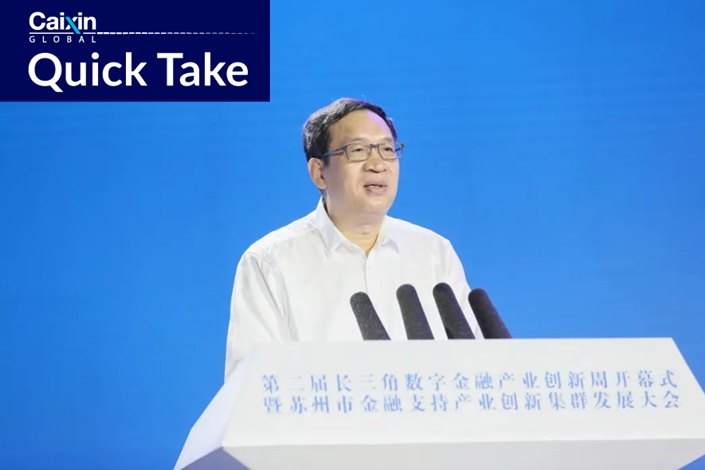 What’s new: China will expand its digital yuan trial program to cover four provinces where regional pilots have been taking place, an official at the People’s Bank of China (PBOC) said.

The e-CNY pilot started in four locations — Shenzhen in Guangdong province, Suzhou in Jiangsu, the Xiong’an New Area in Hebei, and Chengdu in Sichuan — in late 2019. The trial will now be expanded to include those entire provinces, Fan Yifei, a PBOC deputy governor, announced at a digital finance forum in Suzhou on Monday.

Fan didn’t give a specific timeline for the expansion, saying only that it will be completed “in due course.”

The background: The PBOC has been developing the digital yuan since 2014, when it formed a task force to create a virtual legal tender, according to a white paper published by the central bank in July 2021.

The pilot program, designed to test out the e-CNY’s functions, applications and reliability, has grown to cover 23 cities and regions, Zou Lan, director of the PBOC’s monetary policy department, said at a July press briefing.

As of the end of May, around 264 million e-CNY transactions worth about 83 billion yuan ($11.8 billion) had been completed in the pilot areas, with more than 4.5 million merchants accepting payment in the digital currency, according to Zou.