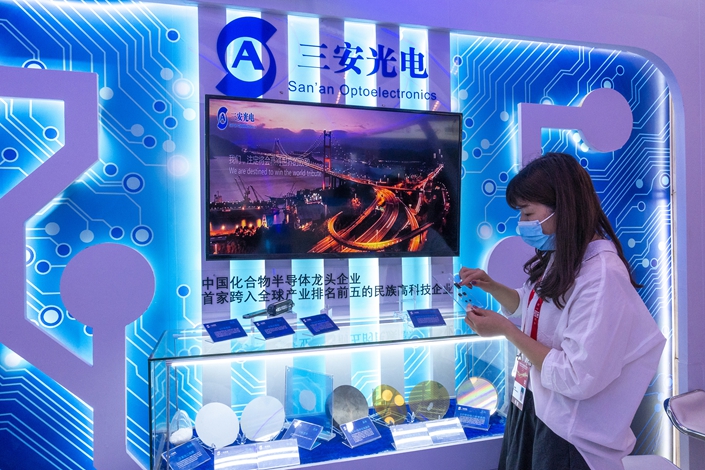 The Shanghai-listed shares of Sanan lost almost one-fifth of their value since it was revealed that one of its executives had been detained late last week. Photo: VCG

Chinese LED-chip manufacturer Sanan Optoelectronics Co. Ltd. (600703.SH) has denied reports that another of its executives has been detained, days after the nation’s top graft watchdog announced a probe into one of its directors.

In an exchange filing on Tuesday, Sanan acknowledged that Ren Kai was under investigation but said online reports that a different executive had been detained at their office earlier that day were false.