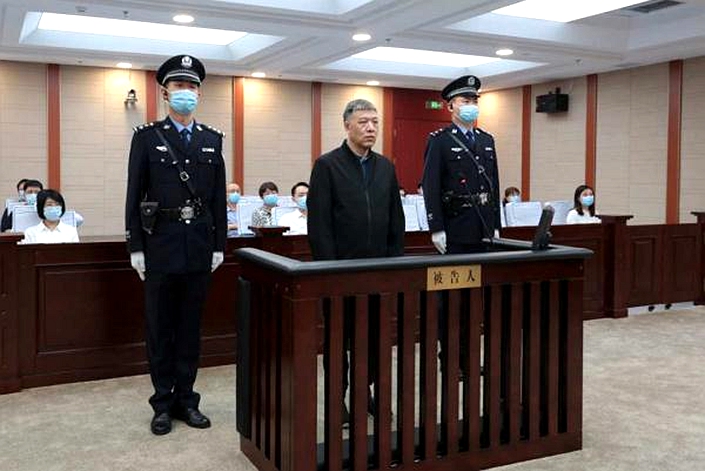 What’s new: Shanxi’s former top cop has been sentenced to 14 years in prison for corruption and abuse of power, becoming the third former official linked to ex-Public Security Vice Minister Sun Lijun to wind up behind bars.

Liu Xinyun, who’s also a former deputy governor of the northern province, was sentenced on Wednesday after being found guilty of accepting more than 13.33 million yuan ($1.88 million) in bribes between 1998 and 2021 by a court in Langfang, North China’s Hebei province.

Xinhua reported (link in Chinese) the 60-year-old took advantage of his power and status as director of the province’s public security bureau to help people with their businesses, children’s education and various other favors.

Liu also abused his roles as Shanxi’s police chief and deputy governor between March 2018 and April 2021 in projects including the construction of an intelligent management platform, resulting in “heavy losses” of public property and damage to national interests, the court said.

The courts said Liu, who was also fined 1 million yuan, was given a lenient sentence because he confessed and provided investigators with new facts pertaining to the case.

The background: Liu, a Shandong province native, was placed under investigation by China’s top graft busters in April 2021. He had a 40-year career in the public security system, holding various positions in Shanxi and Shandong.

Also on Wednesday, Shanghai’s former top police official was given a life sentence for corruption and his counterpart in Chongqing received a 15-year sentence on similar charges. A documentary series produced by China’s top graft watchdog and state broadcaster CCTV said all three were part of Sun’s “political clique.”