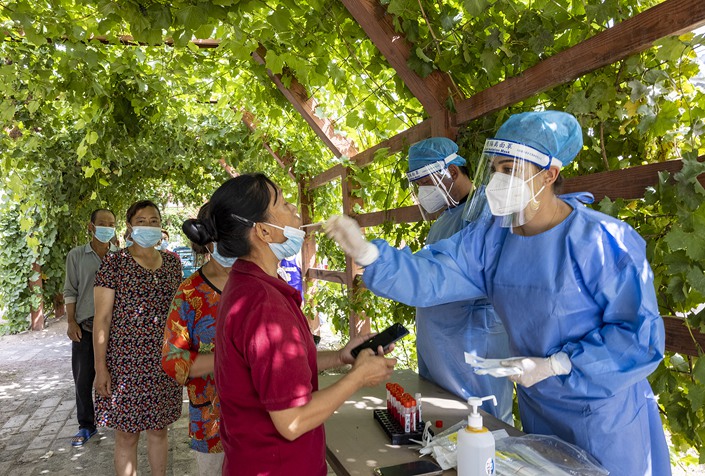 People line up to get tested for Covid-19 on Aug. 9 in Korla in Northwest China’s Xinjiang Uyghur autonomous region. Photo: VCG

Northwest China’s Xinjiang Uyghur autonomous region has suspended all passenger train travel from the region to prevent a two-month outbreak of Covid-19 from spreading further.

The governments of four cities including the capital Urumqi warned people late Tuesday against leaving after other parts of the country reported new imported cases of Covid-19 coming from Xinjiang, local media reported. The warning arrived just days before the Communist Party of China is scheduled to hold its 20th Party National Congress in Beijing, where the country’s leadership for the next five years will be chosen.