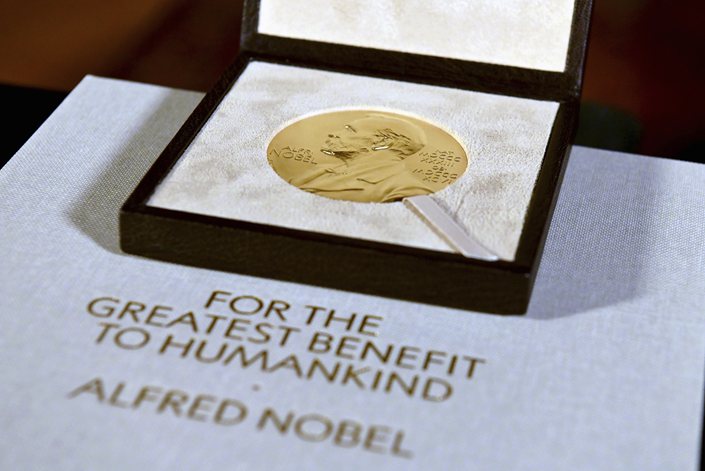 A Nobel diploma and medal are displayed in New York in Aug. 2020. Photo: VCG

It’s the time of the year that Nobel prizes are unveiled. In China, winning the prize has long been a national pursuit.

When novelist Mo Yan won the 2012 Nobel Prize in literature and became the first Chinese national to receive the honor, Xu Fei, the then-dean of the University of Science and Technology of China’s philosophy department commented:

“The most genuine Nobel Prizes are actually the ones for science.”