By Kelly Wang and Lu Zhenhua 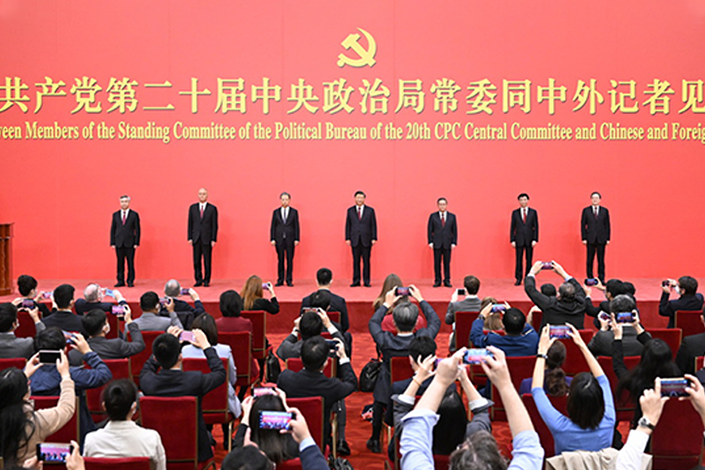 The newly elected members of the Standing Committee of the Political Bureau of the 20th CPC Central Committee meet the press at the Great Hall of the People in Beijing on Sunday. Photo: Xinhua

The Communist Party’s Central Committee has named a new party leadership lineup Sunday to lead the country for the next five years.