By Chen Lixiong and Kelly Wang 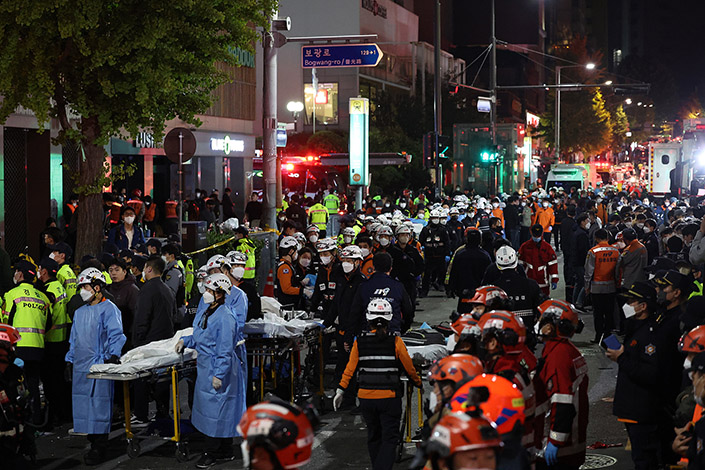 Four Chinese nationals were among more than 150 people killed in a Halloween crowd crush in South Korea on Saturday at a popular nightlife district in the capital, the official Xinhua News Agency reported Sunday, citing confirmation from the local Chinese embassy.

The death toll had reached 154 as of Monday, including 26 foreigners, and could rise further with 33 seriously injured, after nearly 100,000 people attended festivities in Seoul’s Itaewon district, local Yonhap News Agency reported.