By Wang Shiyu and Denise Jia 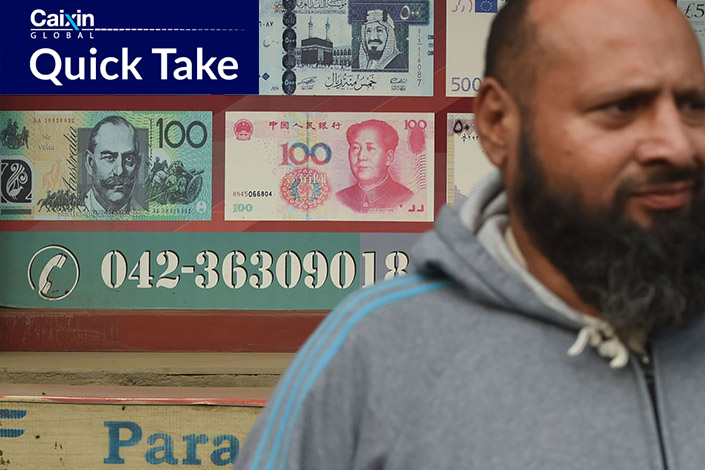 What’s new: Pakistan became the third country in 2022 to establish a Chinese yuan clearing arrangement and the first country in South Asia to do so.

China’s central bank signed a cooperation memorandum with the central bank of Pakistan to establish a yuan clearing arrangement in the country, the People’s Bank of China (PBOC) said Wednesday.

The move will benefit enterprises and financial institutions in China and Pakistan, allowing them to use yuan for cross-border transactions and further promoting bilateral trade and investment, the PBOC said.

The background: China’s central bank signed cooperation memorandums with the central banks of the Republic of Kazakhstan and Laos in September to establish Chinese yuan clearing arrangements in the two countries.

Kazakhstan, Laos and Pakistan are all involved in China’s Belt and Road initiative to link the Asia-Pacific region and Europe. As of the end of 2021, China signed bilateral currency swap agreements with 22 countries along the Belt and Road and established yuan clearing mechanisms in eight countries, the PBOC said in a report.

Other countries in South America and South Asia may announce overseas yuan clearing arrangements in the future, Caixin learned from sources.