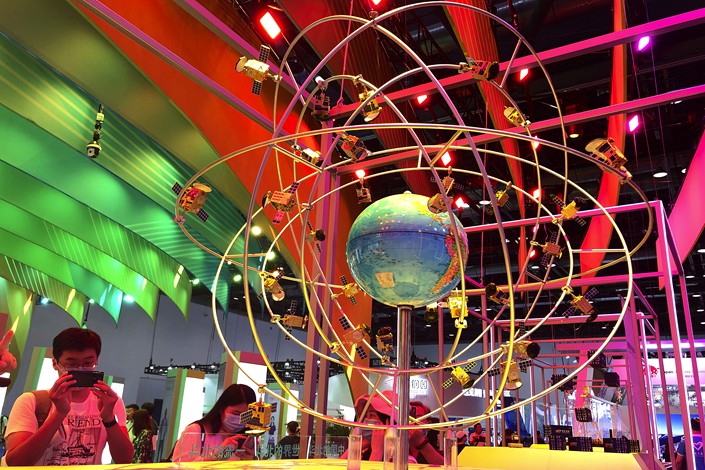 A diorama of BeiDou satellites at the China International Trade in Services Fair in Beijing National Convention Center on Sept. 6, 2020. Photo: VCG

About 98% of new smartphones sold in China in the first half of the year were fitted with the nation’s home-grown GPS alternative BeiDou, officials said Friday during the launch of a white paper plugging the technology.

The near ubiquity of BeiDou in the devices gives policymakers something to tout in their efforts to make the technology the centerpiece of a domestic navigation market that has expanded at an average annual rate of 20% over the past 10 years, as well as a global rival to GPS, the U.S.-based satellite navigation system.