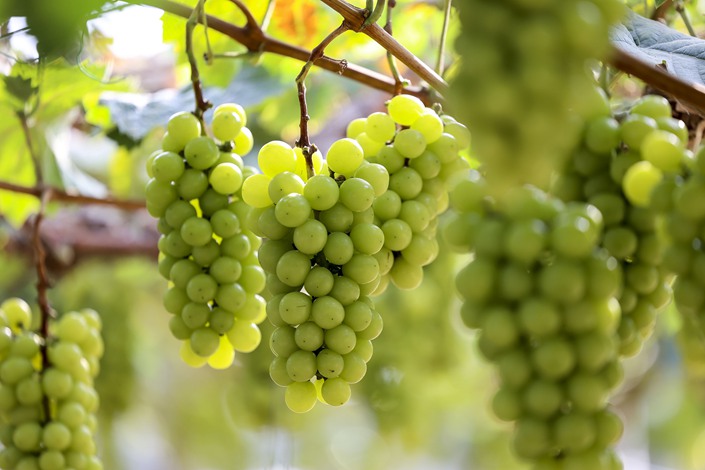 It is a problem Chinese authorities are aware of. In March, a newly revised Seed Law, which offers broader protection for the holders of plant variety rights, went into effect. And in July last year, China’s top court issued a guiding document for ruling on related infringement cases.

The popularity of the Sunshine Rose grape illustrates the trouble that the holders of plant variety rights have had safeguarding their intellectual property in China.

Difficulties with tracing infringement and assessing damages, along with a widespread lack of awareness, have plagued breeders of popular types of produce, like the Sunshine Rose grape.

The southern manufacturing hub also halted kindergarten, off-campus tutoring and nursery services, while universities in the city will be under “closed-off management,” said Chen Xueming, deputy director of Guangzhou’s education bureau, during a press conference Wednesday.

China will establish a new unified national health information platform by 2025 that will expand on the use of its citizen’s pre-pandemic digital health codes, health authorities said Wednesday.

“Each resident will have a dynamically managed digital health record and a full-featured electronic health code” in three years, according to a plan issued by the National Health Commission and two other state departments.

China’s biggest nickel trader got the go-ahead to sell shares in Hong Kong to raise funds for expanding its production as demand is set to continue growing along with sales of electric vehicles.

Lygend Resources & Technology Co. Ltd. filed an updated IPO prospectus with the Hong Kong Stock Exchange Tuesday after getting approval from the bourse. It follows a failed attempt to list there in February.

In the prospectus, Lygend did not specify a timetable or how much it aims to raise but said the proceeds will be primarily used to expand two nickel product manufacturing projects on the Indonesian island of Obi.

The German government blocked a subsidiary of Chinese chipmaker Sai Microelectronics Inc. from acquiring a car chip fab in the western German city of Dortmund, according to a Thursday exchange filing.