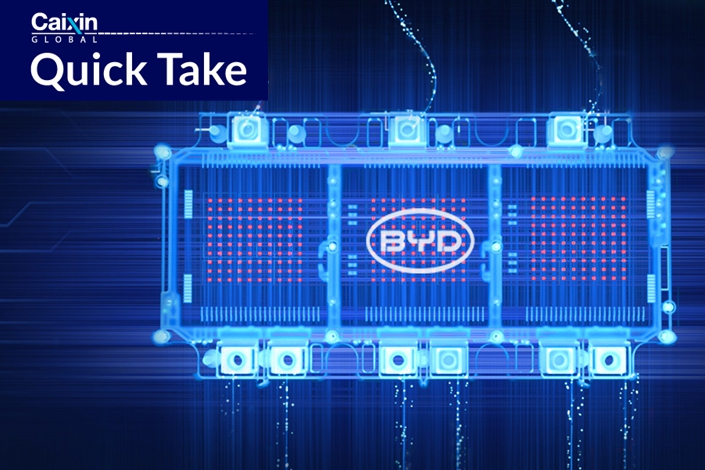 What’s new: China’s largest producer of hybrid and electric vehicles BYD Co. Ltd. (002594.SZ) has terminated a plan to spin off its car chipmaking unit, citing a substantial investment in the business that will affect its balance sheet.

The decision comes seven months after China’s top securities regulator raised questions about whether BYD Semiconductor Co. Ltd. — which gets the majority of revenue from its parent — was capable of operating independently.

BYD said it cancelled the IPO because a large-scale investment to expand silicon wafer production is expected to have a substantial impact on the unit’s assets and corporate structure, according to a Tuesday exchange filing.

The automaker added that it will refile for the IPO once the expansion is completed.

The context: In January 2022, the Shenzhen Stock Exchange approved BYD Semiconductor’s application to list on its ChiNext board. Before it filed for an IPO in June 2021, BYD Semiconductor raised 1.9 billion yuan ($270 million) in a series A funding round from strategic investors including Sequoia Capital and Himalaya Capital. The round gave the chipmaker a valuation approaching 10 billion yuan.

In May this year, the China Securities Regulatory Commission asked BYD Semiconductor to explain whether it can operate independently and whether an IPO would involve a transfer of interests from its parent given about 60% of its revenue comes from BYD. The authority had not green-lit the IPO.

Although BYD bought a wafer factory last year in Jinan, North China’s Shandong province, its production capacity wasn’t enough to keep up with demand created by surging EV sales over the past year, it said in the filing.