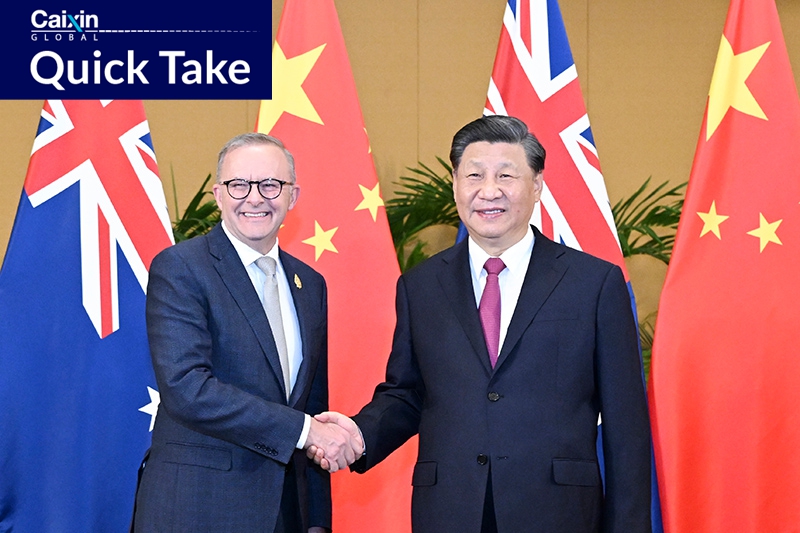 What’s new: President Xi Jinping said China and Australia need to “improve, uphold and further develop” their relationship, which has experienced difficulties in recent years, during the first formal meeting of the nations’ leaders since 2016.

While meeting on the sidelines of the Group of 20 (G-20) summit in Bali, Indonesia, Xi told Australian Prime Minister Anthony Albanese that China-Australian relations need to be cherished by both sides, according to the foreign ministry.

“It is imperative to rise above disagreements, respect each other and seek mutual benefit and win-win results, which hold the key to the steady growth of the relationship,” Xi said Tuesday in a statement on the Ministry of Foreign Affairs’ website.

Albanese called the discussion with Xi “positive and constructive,” adding that Australia seeks a stable relationship and more trade opportunities with China, according to a statement from the Australian government.

The background: China-Australia relations soured in recent years following disputes over trade and the Covid-19 pandemic. In April 2020, former Australian leader Scott Morrison endorsed an investigation into the origins of the Covid outbreak, which escalated to China putting tariffs on Australian exports and a diplomatic boycott of the Beijing Winter Olympics by Canberra.

A meeting in June between Chinese Defense Minister Wei Fenghe and his Australian counterpart Richard Marles showed signs of easing tensions between the two countries.