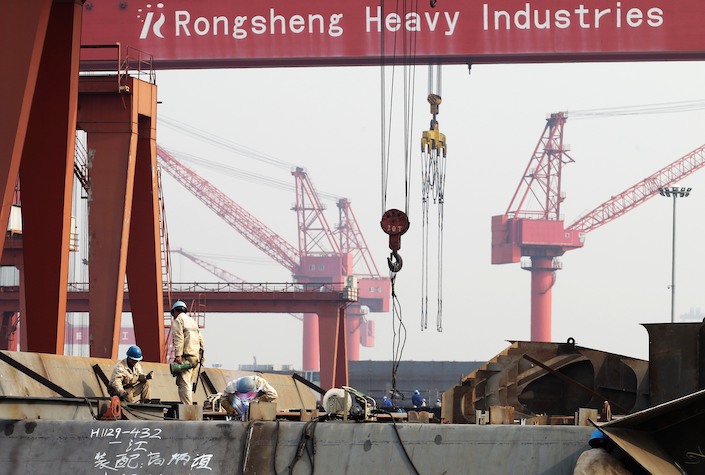 The vessels are to be built at an abandoned shipyard formerly owned by bankrupt Jiangsu Rongsheng Heavy Industries, once China’s largest privately owned shipbuilder.