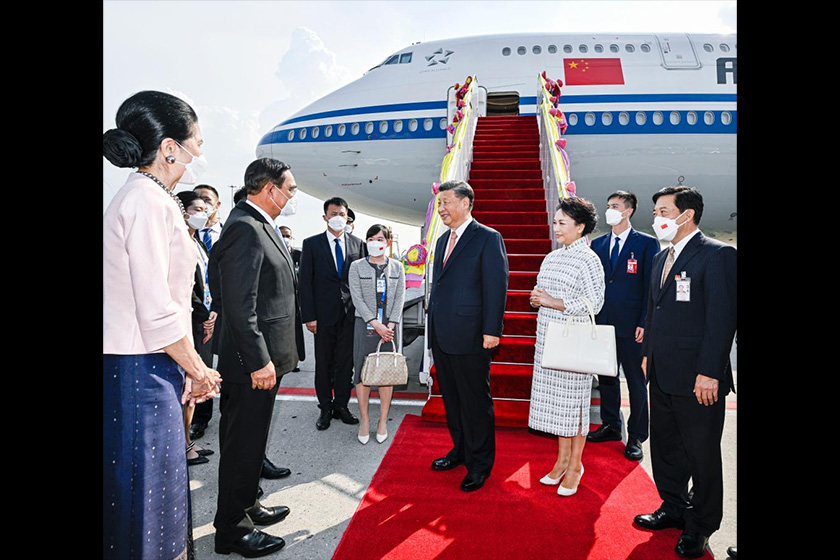 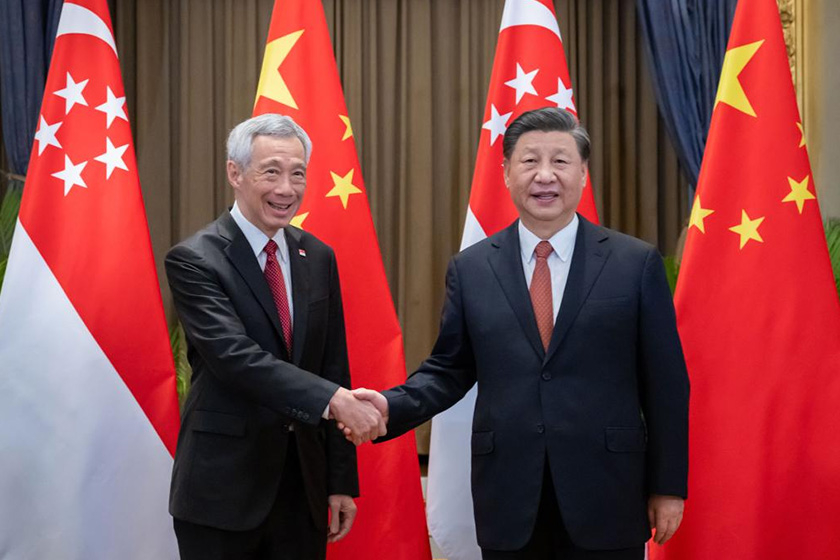 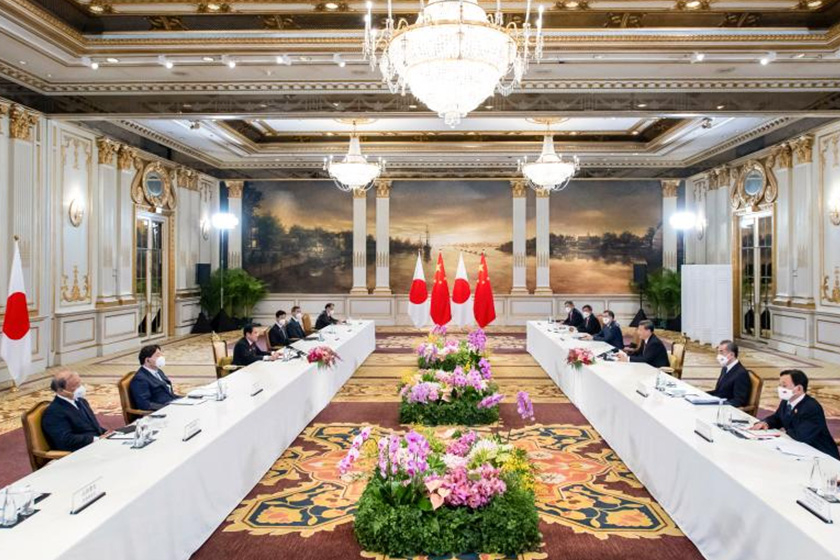 Xi meets with Japanese Prime Minister Fumio Kishida on the sidelines of the APEC Economic Leaders’ Meeting on Thursday, during which both sides agreed to improve bilateral relations. Photo: Zhai Jianlan/Xinhua 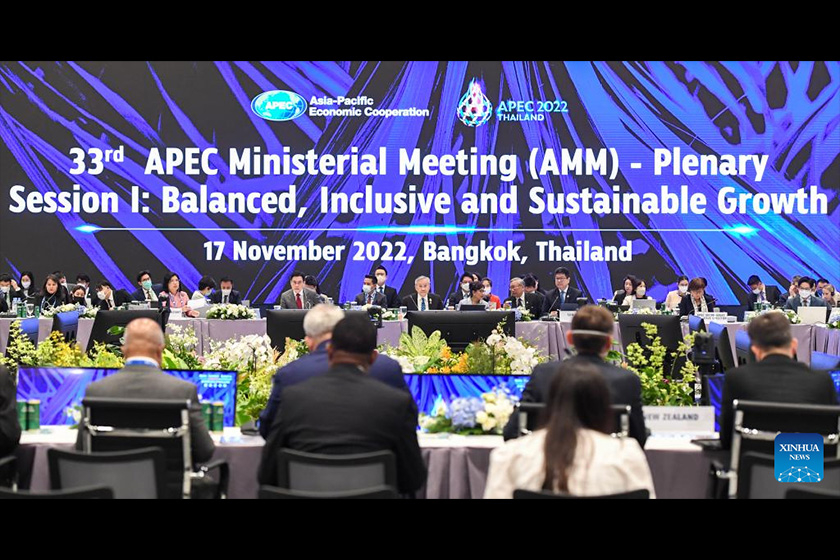 Ministers of the APEC economies concluded a meeting in Bangkok on Thursday, discussing how to advance the Asia-Pacific integration, trade and investment in the common pursuit of a sustained and inclusive recovery. Photo: Guo Lei/Xinhua 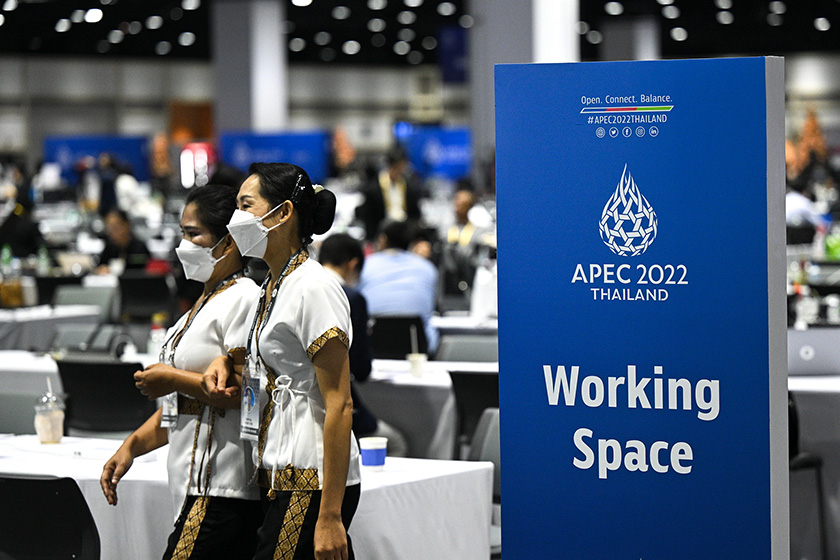 Workers walk past the media center which is ready for the APEC summit on Thursday in Bangkok. Photo: VCG 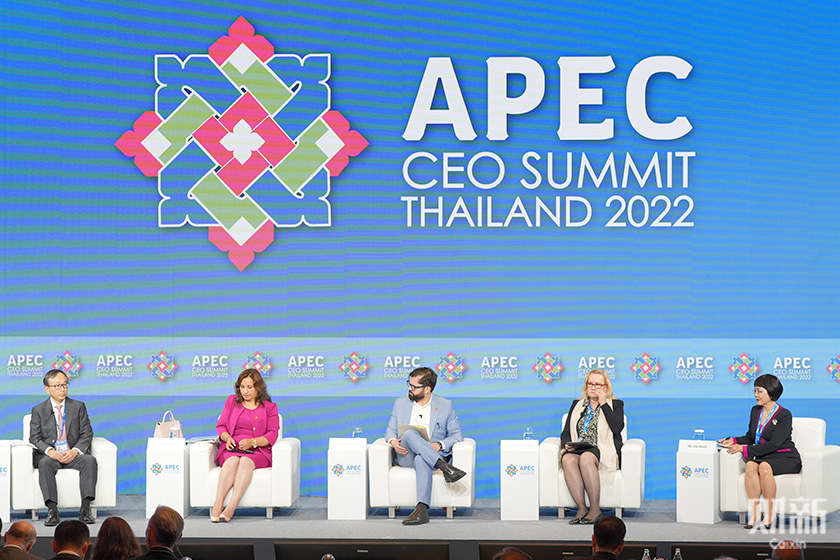 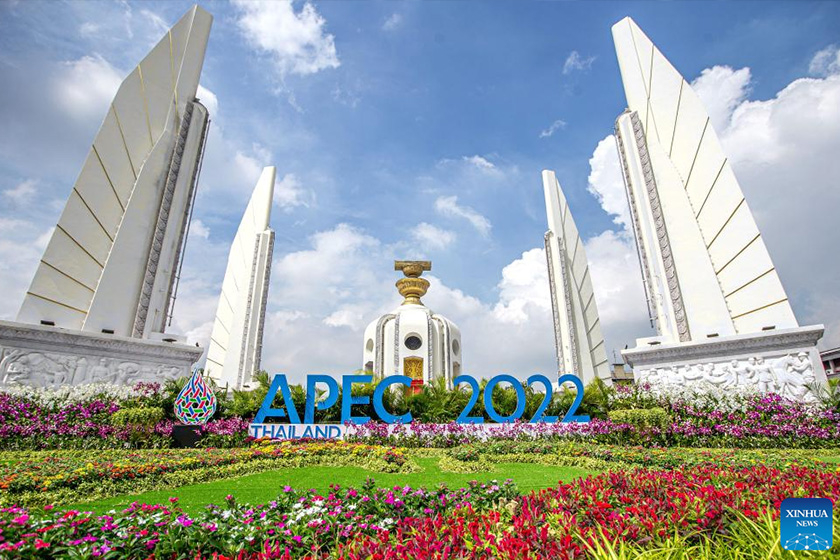 Under the theme of “Open, Connect, Balance,” the two-day APEC 2022 summit is being held on Friday and Saturday. Photo: Wang Teng/Xinhua