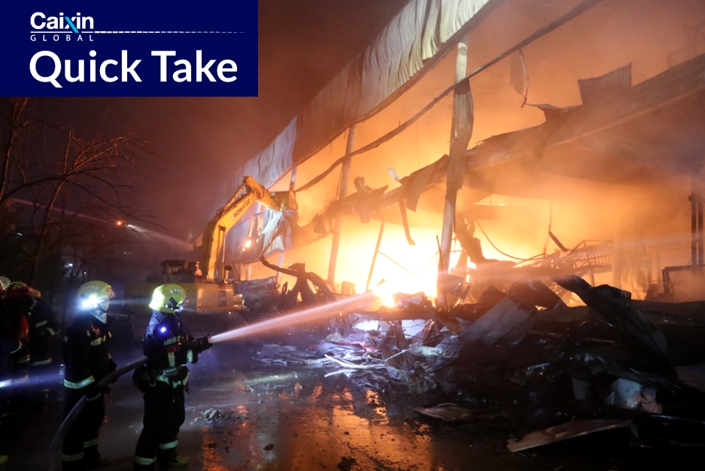 What’s new: At least 38 people have died after a factory fire broke out Monday afternoon in the city of Anyang in central China’s Henan province, according to the Ministry of Emergency Management.

A preliminary investigation found the blaze was caused by illegal electric welding operations conducted by one or more employees from Anyang Kaixinda Trading Co. Ltd. (Kaixinda Trading), according to the local Henan Daily. The official Xinhua News Agency reported that police have detained the people involved, though the number was not disclosed.

The fire was put out by midnight Tuesday and two others who suffered minor injuries had been sent to hospital as of Tuesday morning, the emergency management ministry said.

Kaixinda Trading was established in 2007 and its business scope includes selling welding materials, chemicals, hardware and electric products among others, according to company registration data.