By Li Rongqian and Han Wei 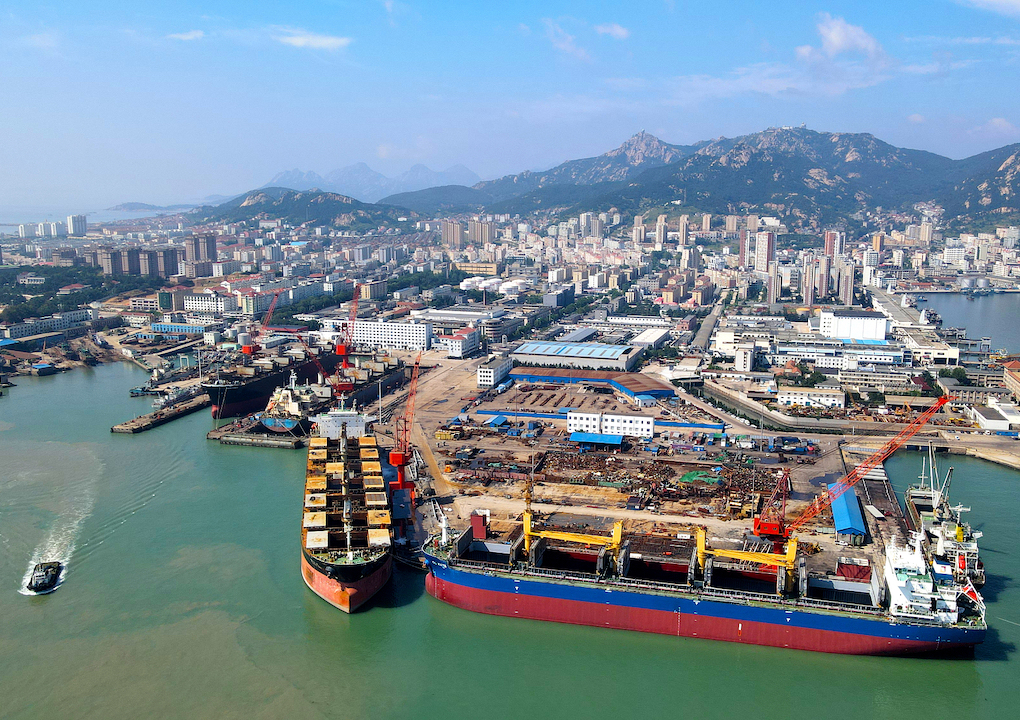 A shipyard in Rongcheng, Shandong province.

The shipyard of STX Dalian Shipbuilding Co. Ltd., once the largest in Northern China, resumed operation after nearly a decade of idleness as a takeover by petrochemical giant Hengli Group Co. Ltd. brought to an end the shipbuilder’s long-running bankruptcy.

Several people close to Hengli told Caixin that the textiles-to-petrochemicals conglomerate placed orders for four bulk carriers, each with a capacity of 20,000 tons deadweight, at the Dalian shipyard. The vessels will join Hengli’s 12-ship fleet and operate between the port of Qinhuangdao, the world’s largest coal exporting terminal, and Dalian for coal transport, sources said.