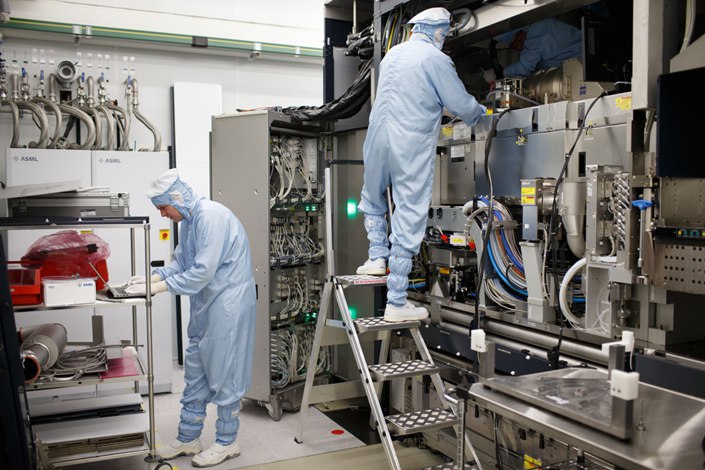 Chinese firms imported $2.4 billion worth of machinery used in semiconductor manufacturing last month, the lowest amount in more than two years after Washington broadened restrictions on the sale of the gear to the world’s No. 2 economy.