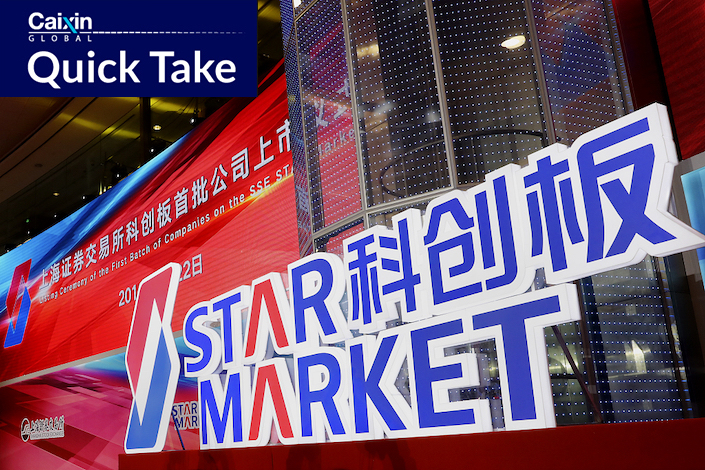 The fundraising accounted for more than 40% of IPOs in China’s domestic A-share market during the period, said Cai Jianchun, general manager of the Shanghai Stock Exchange, Tuesday at a forum. Companies traded on the STAR Market have a combined market value of more than 6 trillion yuan.

The number of companies listed on China’s domestic stock market topped 5,000, up more than 30% from the end of 2019, Li Ming, a senior official at the China Securities Regulatory Commission, said at the same forum.

The context: Formally known as the Science and Technology Innovation Board, the STAR Market was launched in June 2019 in Shanghai as part of China’s drive to promote domestic development of technologically advanced businesses.

The board has focused on companies in sectors including new generations of information technology, advanced manufacturing, semiconductors and biotech, Cai said.

In the first nine months this year, companies on the STAR Market reported combined revenue of over 782 billion yuan, up 33% from a year ago. Total net profit rose 25% to 89.1 billion yuan, outpacing companies on other domestic markets, said Cai.