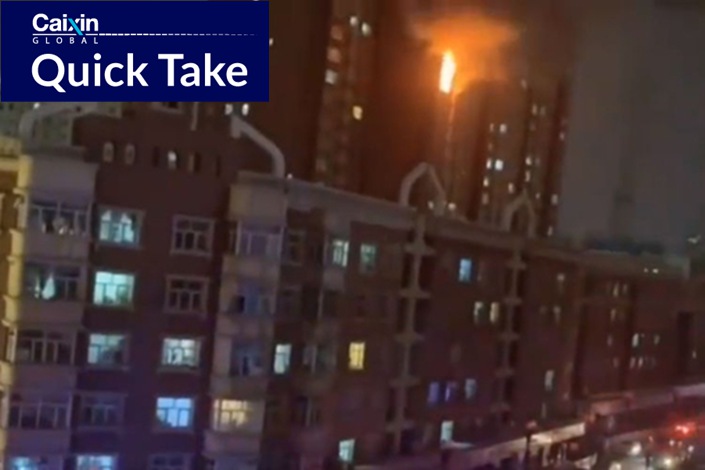 The blaze broke out at around 8 p.m. in a community called Jixiangyuan in the regional capital Urumqi, CCTV reported. Fire fighters took around three hours to extinguish the flames.

All 19 victims were rushed to hospital for treatment after inhaling toxic fumes. Ten died after efforts to save their lives failed, while nine others suffered injuries considered not life threatening.

An initial official investigation found the blaze was caused by a fire in a bedroom plug-in board. A probe is still underway.

What’s more: According to the CCTV report, Jixiangyuan is an area deemed low risk for Covid by authorities — one where residents can roam relatively freely within their vicinity.

Xinjiang is battling a growing Covid outbreak, reporting nearly 1,000 local cases Thursday, according to a statement from the regional health commission. The number of cases in each city was not mentioned.

According to a photo circulating online, the Jixiangyuan residential committee issued a notice Monday asking all people living there to stay home for three days from thereon, after the community detected at least one positive case.