Beijing Torques Up Battle Against Covid as Cases Climb 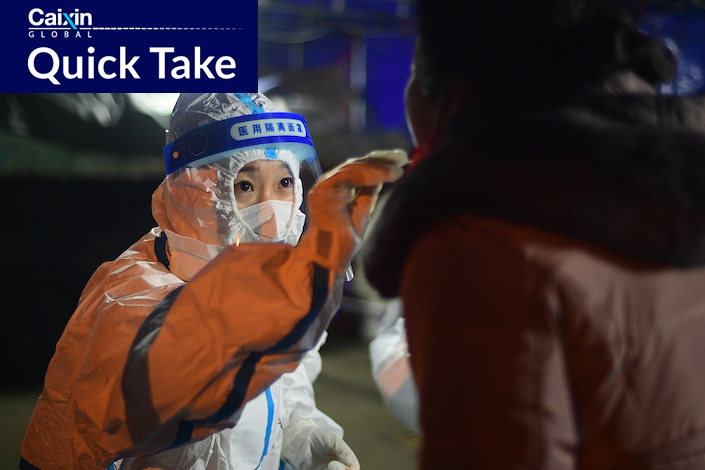 Beijing is at a critical stage combatting an expanding outbreak, Xu Hejian, spokesman for the municipal government, said Thursday at a press conference. Xu said the city will gear up efforts to detect, trace and control infections with more timely and efficient nucleic acid tests.

While officials vow a tougher response, residents are calling for more sophisticated control measures. Several people told Caixin that they hope those who test positive will be allowed to stay at home for self-isolation instead of being transferred to centralized quarantine sites. Such a move could reduce costs and shift medical resources to more needed areas, they said.

The context: Beijing is fighting its worst outbreak as new cases climbed to a record 1,611 Wednesday, the third day with tallies of more than 1,000 infections. Between Sept. 29 and Nov. 23, the city of 22 million recorded more than 9,100 cases.

The city locked down communities in several districts and told residents to reduce movement. Travelers arriving in Beijing are required to take daily nucleic acid tests during the first three days and avoid gatherings for seven days.

The central government published a 20-point document Nov. 11 outlining an optimized virus control approach, which was widely seen as a signal of shifting toward an easing of the “zero-Covid” policy. But as cases multiply, several cities reverted in recent days to tighter curbs.