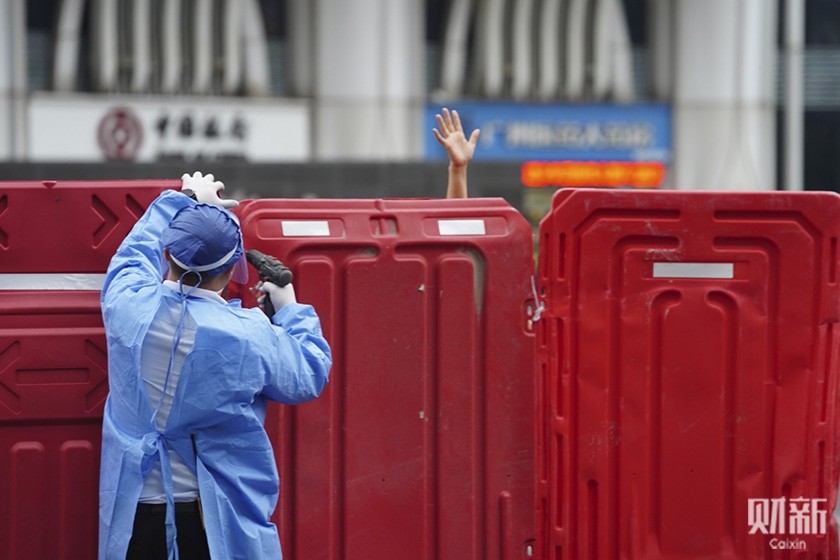 A disease control worker reinforces a barrier, while a citizen in the lockdown area waves to a take-out courier on Monday in Haizhu district, Guangzhou, South China’s Guangdong province. The Chinese mainland reported 3,041 symptomatic cases and 29,654 asymptomatic cases for Thursday, the highest combined count since the pandemic began. Photo: Liang Yingfei/Caixin 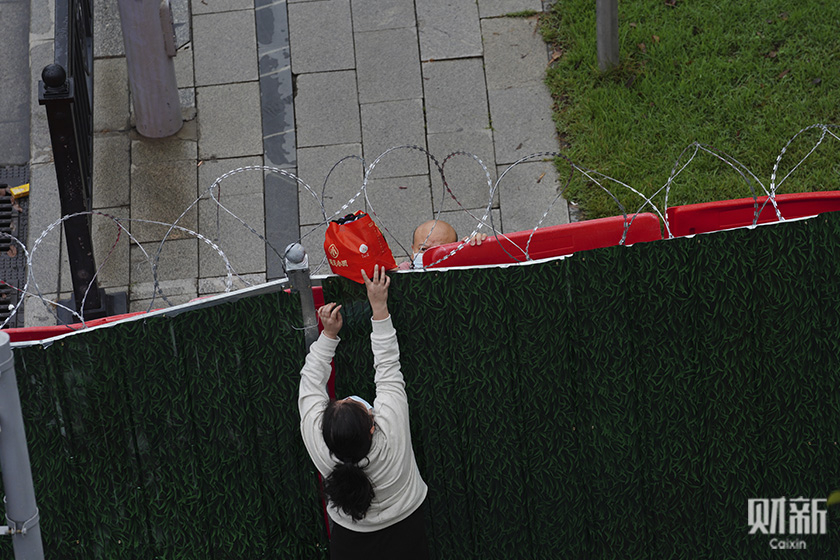 Citizens try to pass goods through the barbed wire in Haizhu district on Tuesday. Local construction personnel installed 10 meters of razor wire along the barrier a day earlier. Guangzhou reported 7,620 new local cases for Wednesday, of which 7,243 were detected in Haizhu. Photo: Liang Yingfei/Caixin 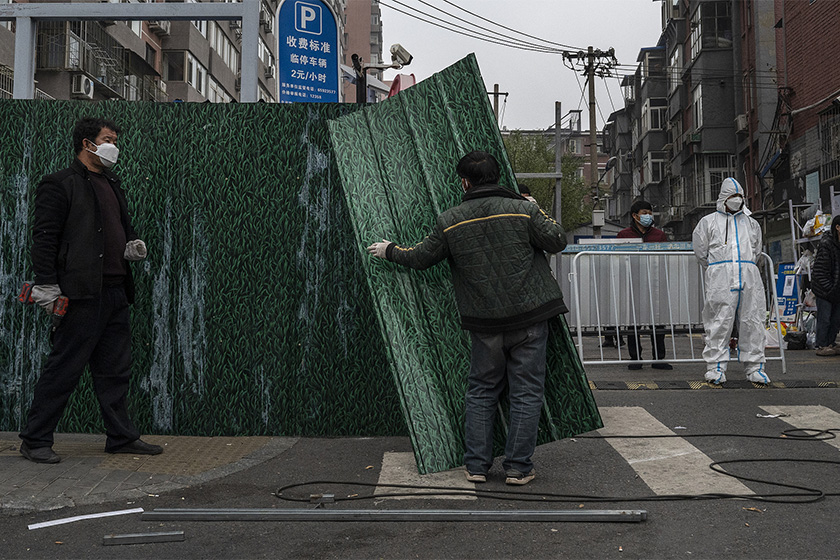 A worker installs a barrier at the entrance of a locked-down community in Beijing on Thursday. The capital city, one of multiple cities facing their worst outbreaks, reported 1,860 new infections on Thursday, with 400 found outside quarantine areas. Photo: VCG 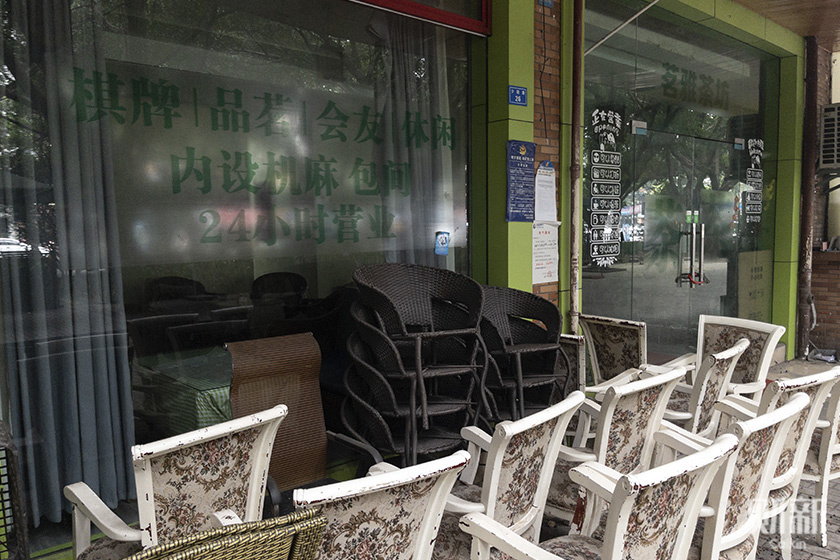 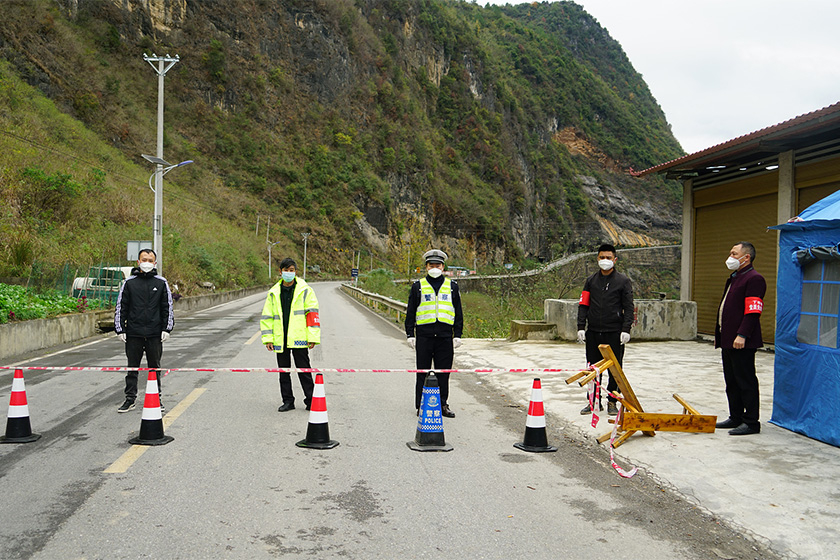 A road is blocked in Southwest China’s Chongqing municipality on Wednesday. The region reported 258 symptomatic infections and 6,242 asymptomatic cases for Thursday. Photo: VCG 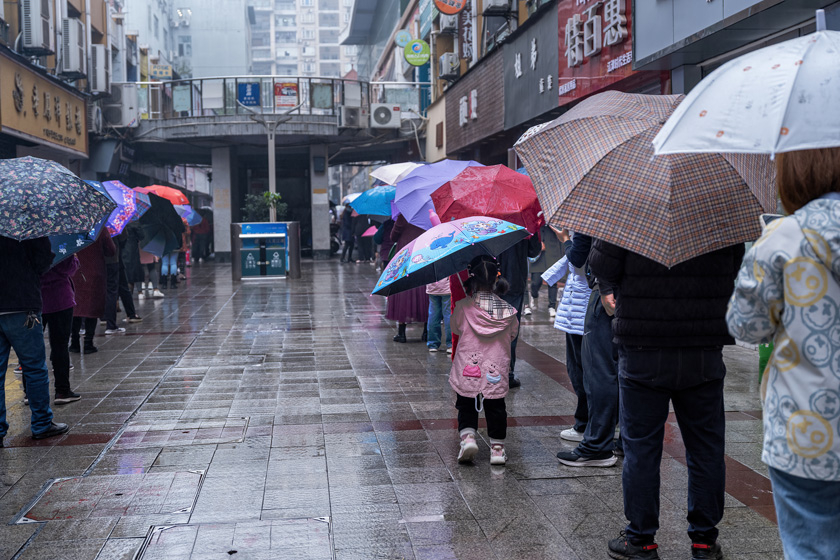 Citizens line up to get tested in the rain in Chongqing on Thursday. Photo: VCG 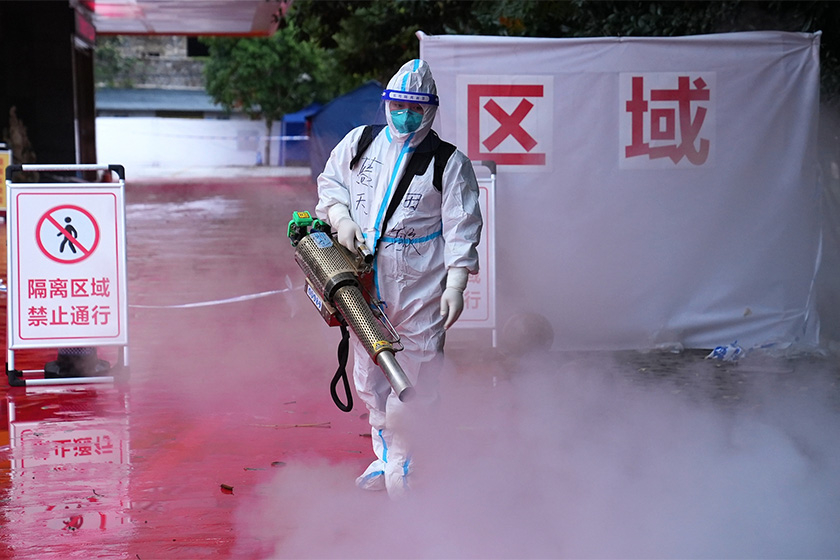 A volunteer disinfects a quarantine area in Chongqing on Wednesday. Photo: VCG 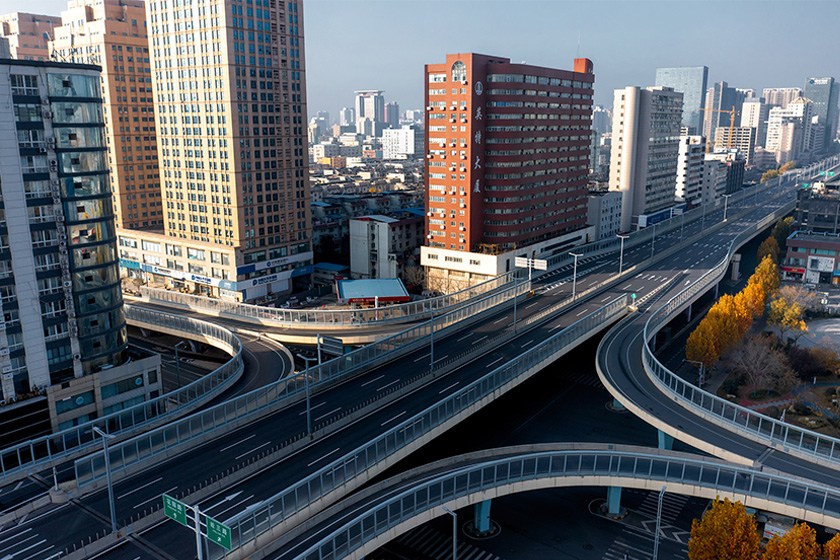 An elevated road in Zhengzhou, Central China’s Henan province, is empty on Friday as the provincial city launches a five-day “anti-pandemic war” that day. During the lockdown, a total of 6.9 million residents in its eight districts will be required to take nucleic acid tests every day and reduce their movements, with some confined to their homes. Photo: VCG 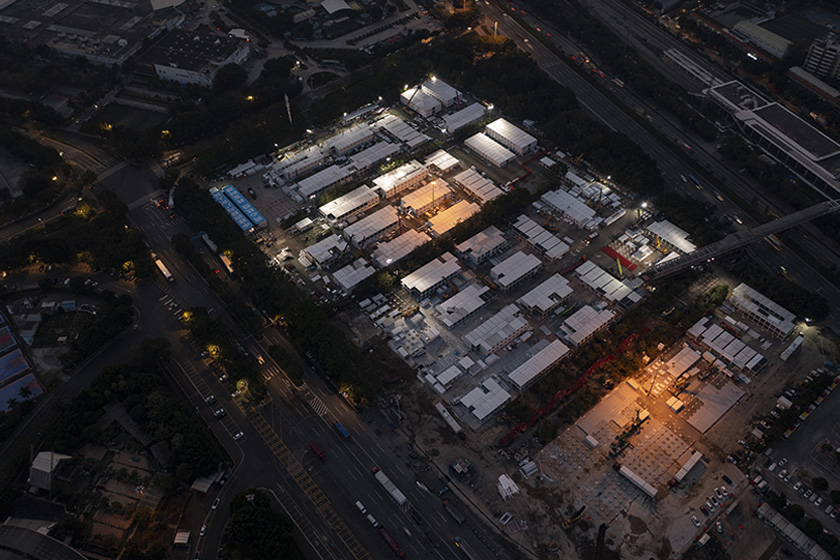