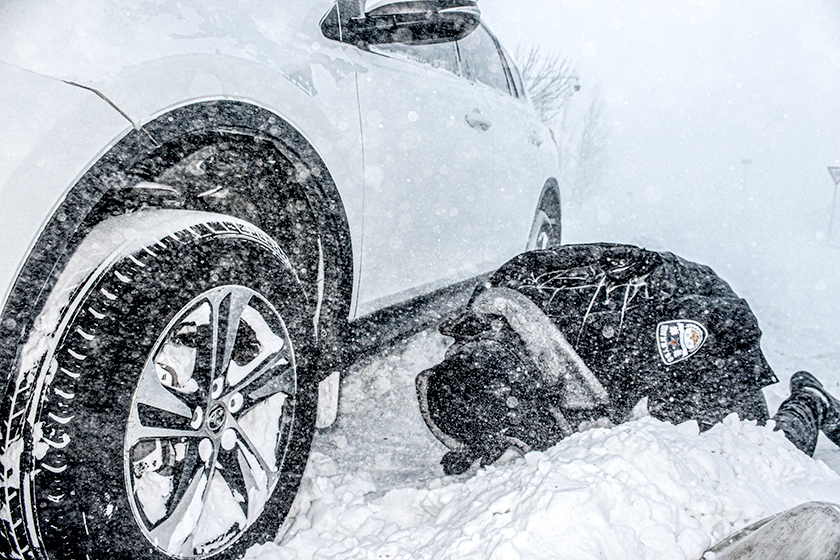 A police officer inspects a vehicle stuck in the snow Saturday during a snowstorm in Altay, Northwest China’s Xinjiang Uyghur autonomous region. Seven workers have been reported dead since a blizzard hit Monday. Photo: VCG 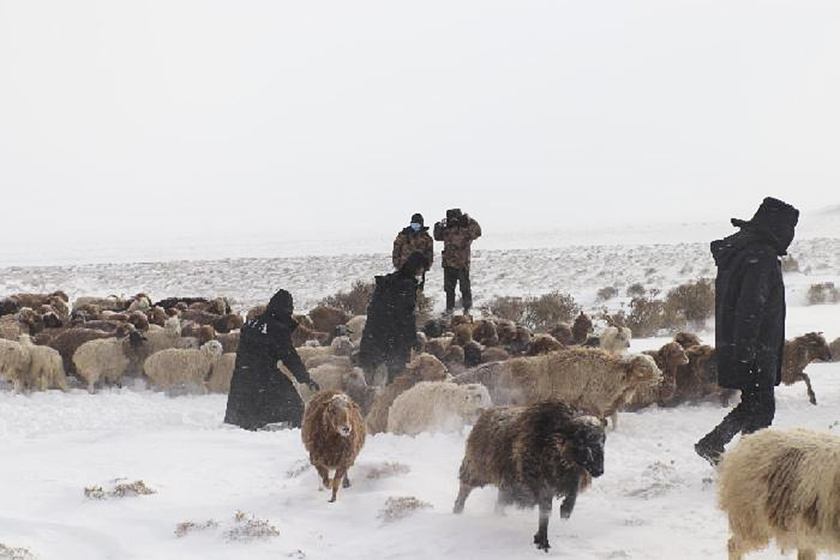 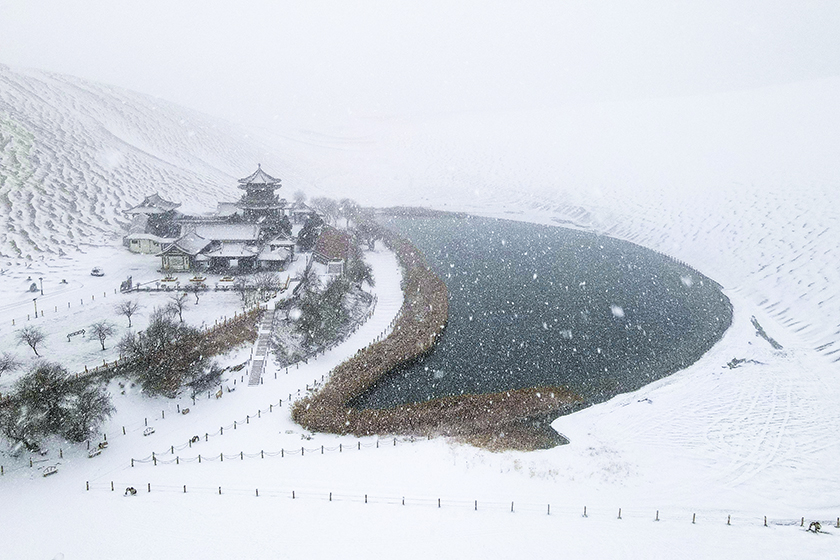 Snow covers the desert Sunday in the Mingsha Mountain and Crescent Spring scenic area in Dunhuang, Northwest China’s Gansu province. It was the first day snow fell in the city this season. Photo: VCG 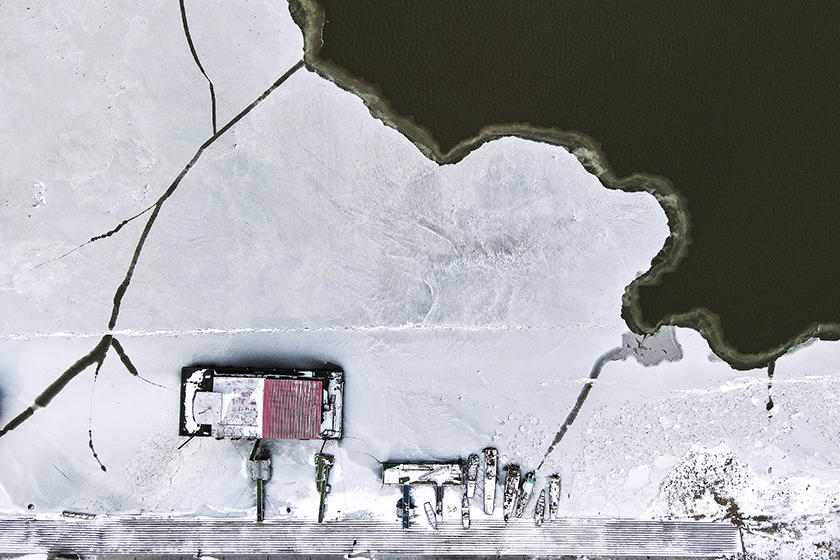 A section of the Songhua River in Harbin, Northeast China’s Heilongjiang, freezes over on Monday. Photo: VCG 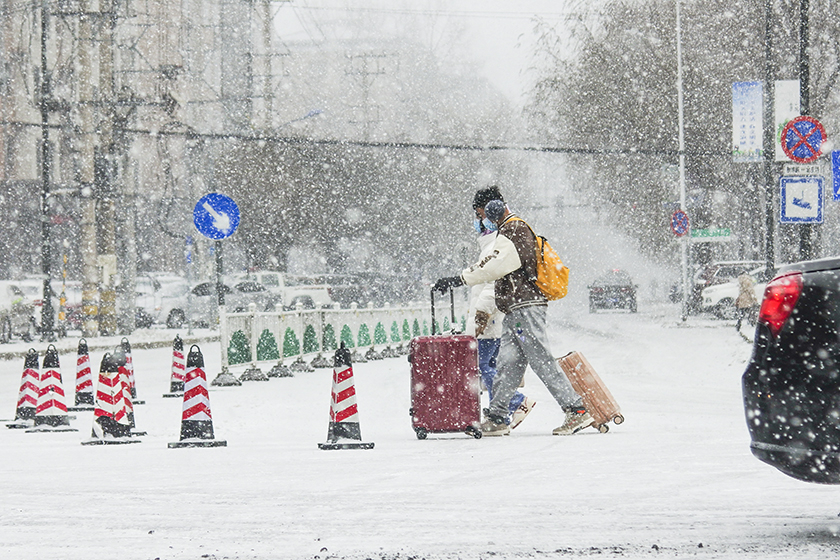 Pedestrians cross the street on a snowy Saturday in Mudanjiang, Heilongjiang. Photo: VCG 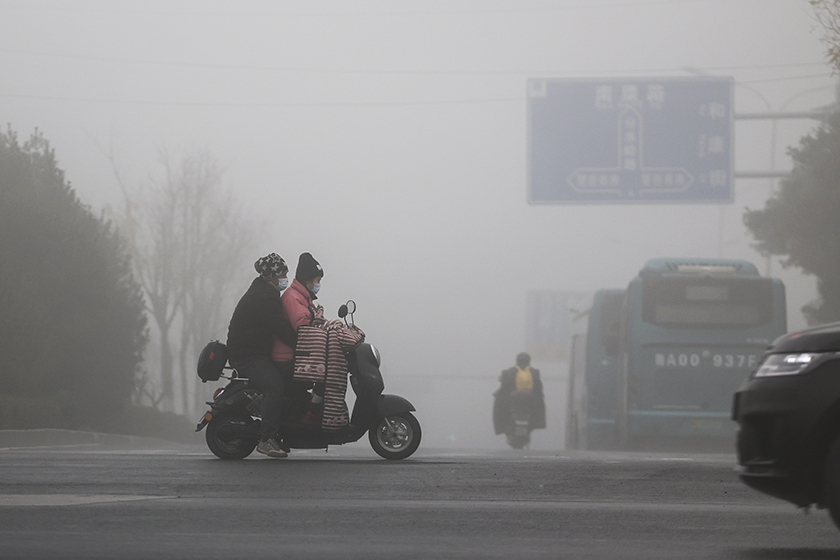 Residents ride together on a scooter Monday in Jinan, East China’s Shandong province. The temperature there is expected to drop to freezing on Wednesday. Photo: VCG 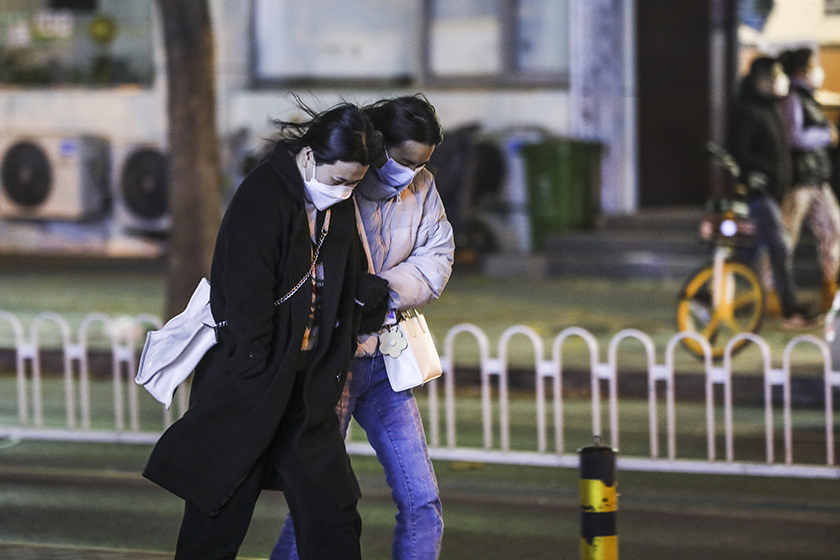 A cold snap hit Beijing on Monday evening, bringing high winds and causing the temperature to drop by as much as 16 degrees Celsius. Photo: VCG 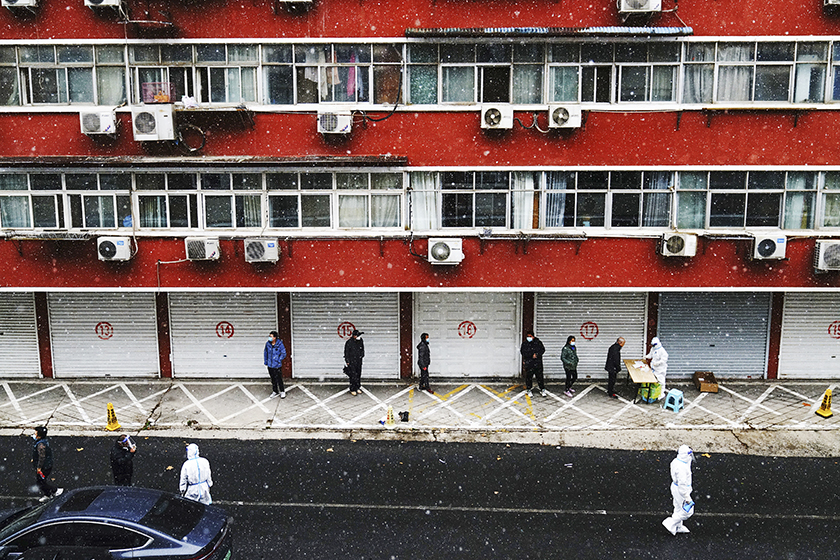 Residents line up to get tested for Covid-19 as snowflakes fall around them in Zhengzhou, Central China’s Henan province. It was the city’s first snowfall of the season. Photo: VCG