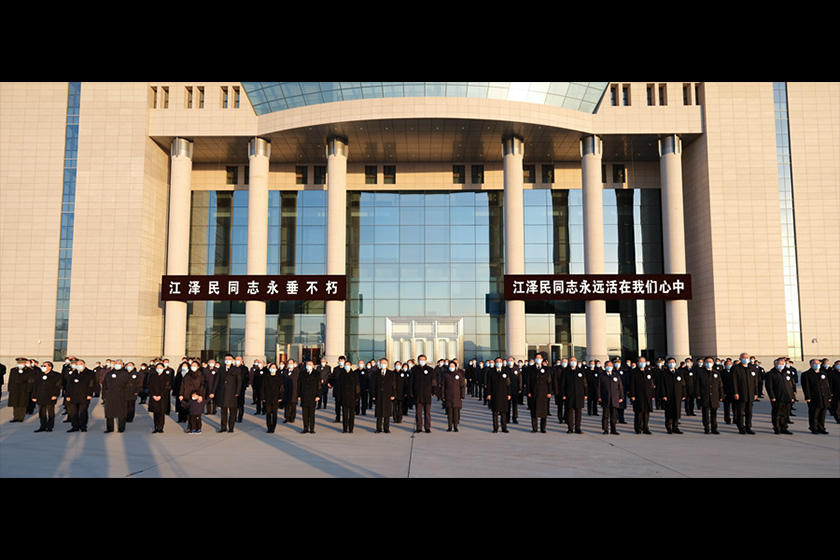 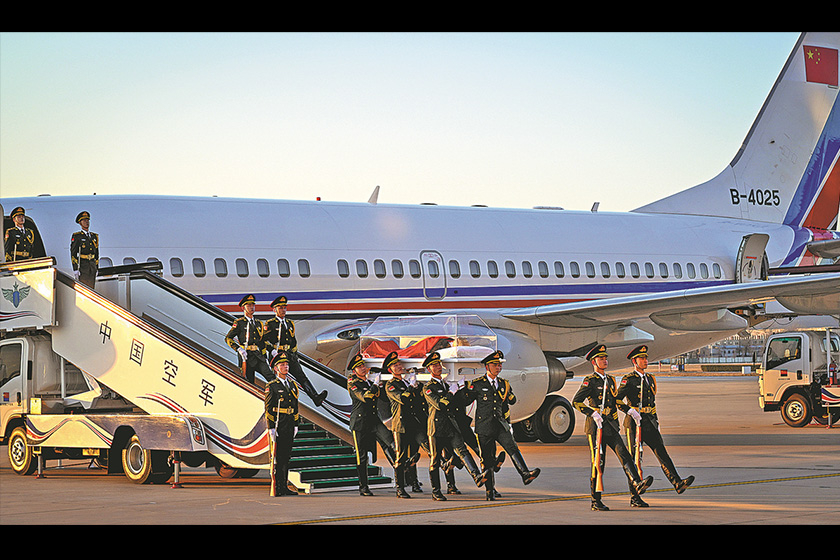 A 12-person honor guard carries Jiang’s casket from the aircraft. The remains were escorted by Cai Qi, a member of the Politburo Standing Committee, and Jiang’s relatives, among others. Photo: Li Xueren/Xinhua 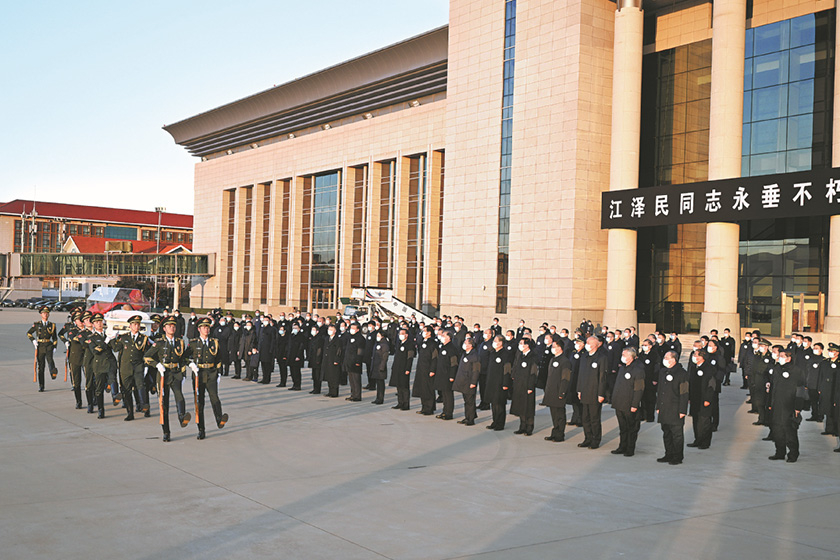 An honor guard carries the remains of Jiang, who died at 96 in Shanghai on Wednesday. Photo: Xie Huanchi/Xinhua 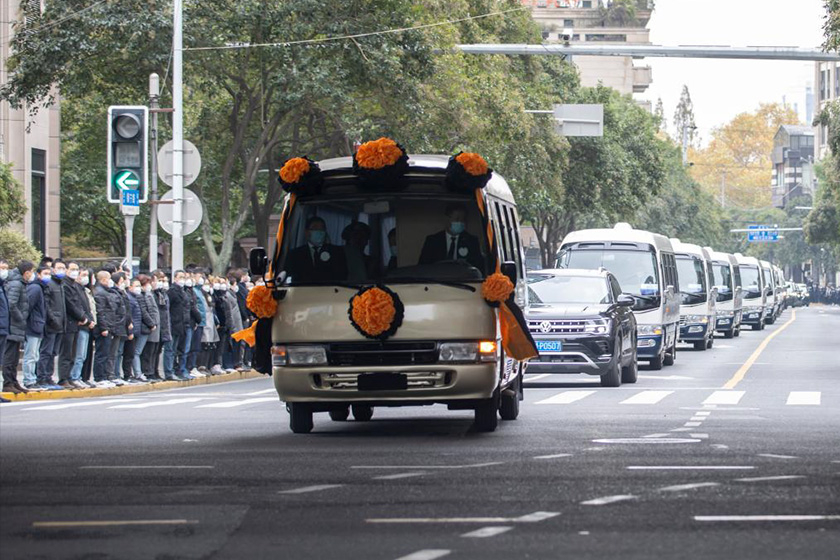 Shanghai residents line the streets to pay tribute to Jiang as the hearse makes its way from Huadong Hospital to Shanghai Hongqiao International Airport on Thursday. Photo: Wang Xiang/Xinhua 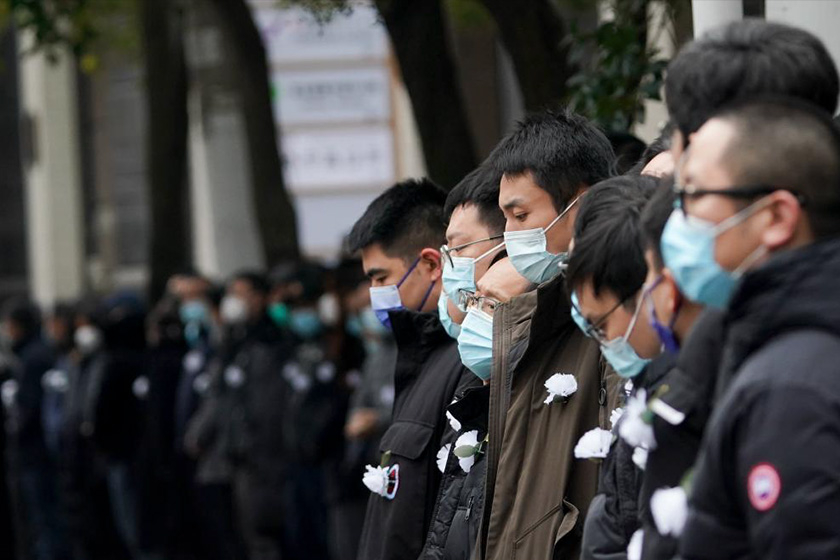 Citizens with white flowers pinned to their chests mourn the former leader on the street Thursday in Shanghai. Photo: Ding Ting/Xinhua 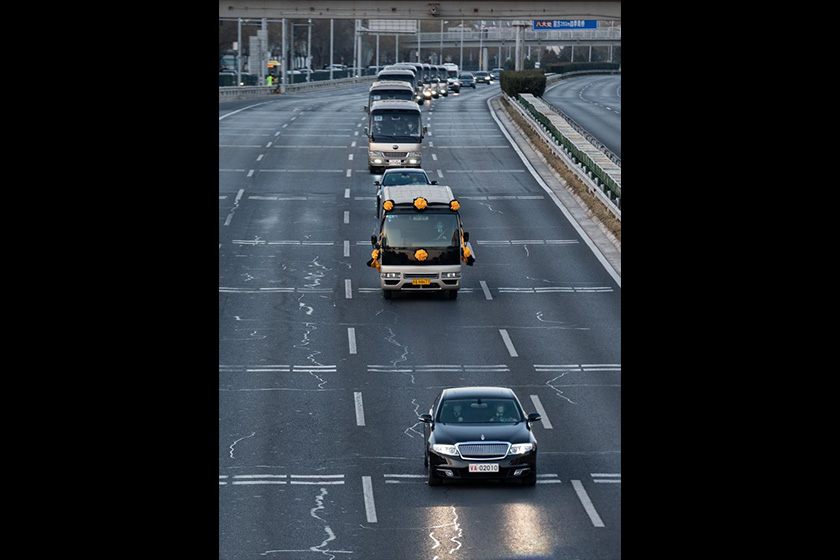 The remains of Jiang arrived in Beijing on Thursday. Photo: Chen Zhonghao/Xinhua 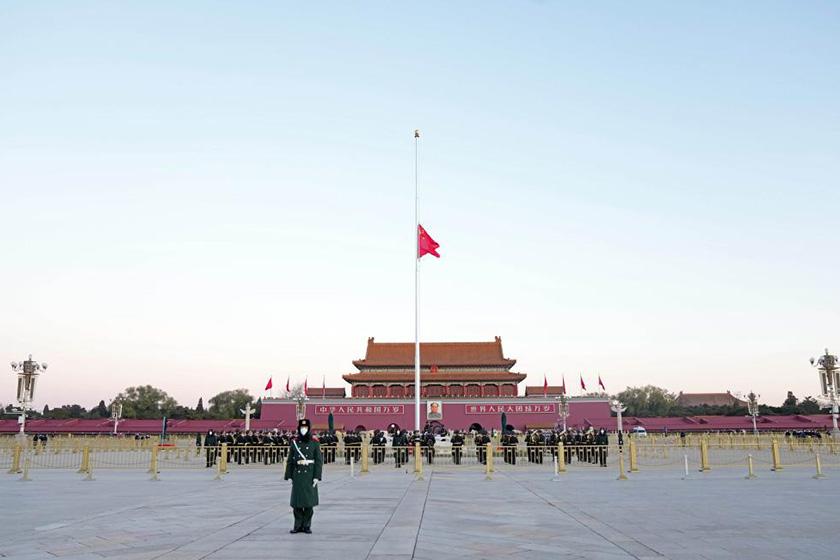 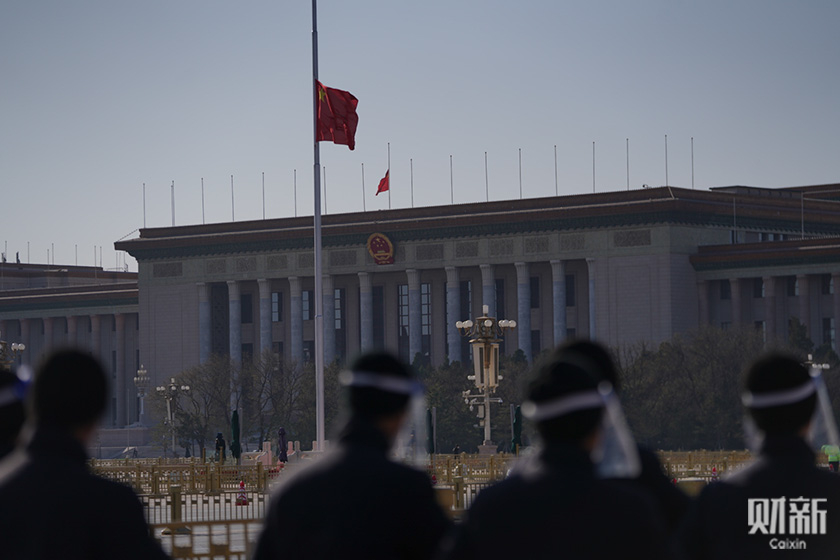 The national flag flies at half-staff Thursday in front of the Great Hall of the People. Jiang’s memorial meeting will be held there on Tuesday, during which all public entertainment activities will be suspended. The memorial service will be broadcast live across the country. Photo: Ding Gang/Caixin 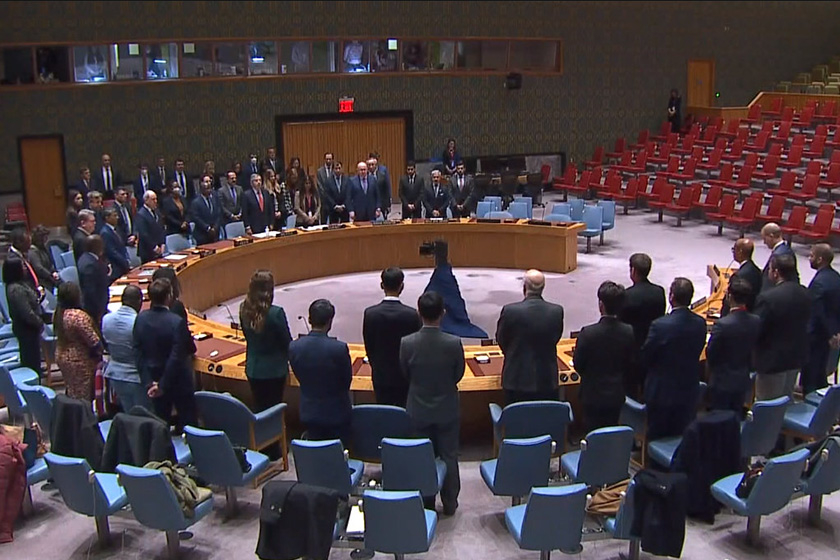 Members of the U.N. Security Council observed a minute of silence Wednesday in memory of Jiang. Photo: United Nations