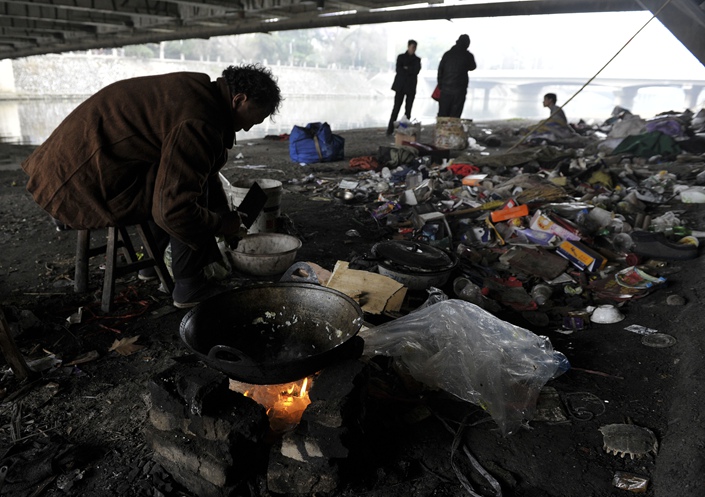 A homeless man living under a bridge in Hefei, Anhui province, on March 22, 2012. Photo: VCG

In Depth: Why China’s social relief efforts have fallen short

Since 1994, proposed social assistance legislation has been included four times in the National People's Congress Standing Committee’s legislative agenda, and a draft was released for public feedback in 2020. Despite decades in the pipeline, the proposal for a comprehensive welfare plan for all citizens has yet to enter the process for deliberation.

Even today, the social relief system still follows guidance from a regulation document issued in 2014 by the State Council, China’s Cabinet, which many scholars say has weak legal standing and overly broad provisions.

Germans will soon be able to access BioNTech shot on mainland, ambassador says

German nationals on the Chinese mainland will be able to receive BioNTech’s messenger RNA Covid-19 vaccine over the next few weeks, according to Germany’s ambassador to China.

Chinese Foreign Ministry spokesman Mao Ning confirmed at a regular press conference Thursday that an agreement was reached between the German and Chinese sides but did not specify a timeline.

China and Australia agreed to maintain high-level contact and resume dialogue on a range of areas, including trade and economic issues, in the latest sign that years of tension between the two countries is easing.

The agreement was reached Wednesday, when Chinese Foreign Minister Wang Yi met with his counterpart Penny Wong in Beijing, the first visit by an Australian foreign minister to China since 2018. It coincided with the 50th anniversary of the establishment of official diplomatic ties between the nations.

Chinese authorities ramped up their calls to prioritize growth next year and help the property sector recover from its worst slump on record, in further signs the economy will be top of mind in 2023.

The State Council, the central bank and the top securities watchdog each met in recent days to study last week’s agenda-setting economic policy meeting, according to Wednesday reports. Readouts of those meetings detailed a commitment to policies intended to rescue the economy and set it on a track to stability.

Tencent-backed Futu to start trading in Hong Kong in hedge against U.S. delisting

Some brick-and-mortar pharmacies in China have begun providing a limited number of free fever medicines after being told by authorities to increase supplies as demand for Covid drugs surges following the sudden reversal of the country’s zero-tolerance policy.

The largesse also comes as part of efforts to take the wind out of a booming secondary market for antipyretic drugs that has emerged on platforms like WeChat, where people are selling and trading medicines like ibuprofen and acetaminophen.

Baowu Steel Group took Sinosteel into its stewardship in October 2020 as the SASAC-owned company ran into debt trouble. But the takeover didn’t involve a major asset restructuring of the company.