By Ward Zhou and Fang Zuwang 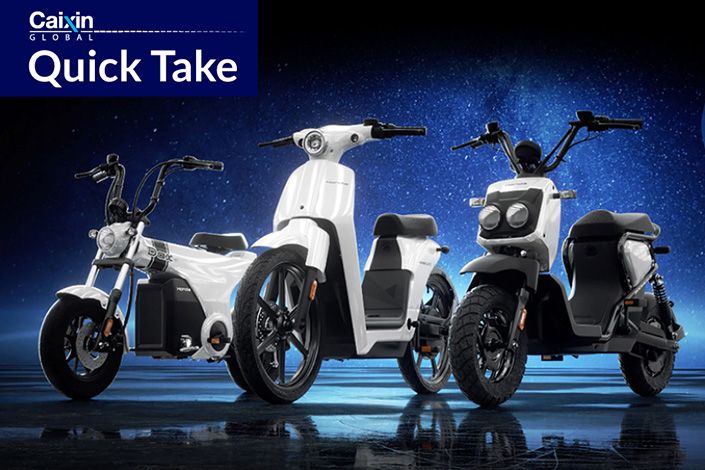 What’s new: Japanese automaker Honda Motor Co. Ltd. unveiled Tuesday the first three models of a new “Honda e:” line of electric motorcycle or e-bike series in a move aimed at accelerating its two-wheel EV business toward the high-end market, with the new releases priced at around 6,000 yuan ($887.55).

In a press release, Honda said it plans to launch over 10 models of electric motorcycles by 2025 and realize carbon neutrality in its motorcycle business by 2040. The three models are the forerunners of this plan.

So far, the automaker has 12 models of electric motorcycles or bicycles already listed in China, according to its official website. Nine of them have a price tag of over 4,000 yuan, pricier than its Chinese competitors. The average price of models by Yadea Group Holdings Ltd., AIMA Technology Group Co. Ltd., and Niu Technologies, ranged from 1,265 yuan to 2,959 yuan in 2021.

Background: Launched in 1948, Honda is a motorcycle giant with sales reaching 17.03 million units worldwide in the fiscal year ended March 31, 2022, according to its financial results. China contributed around 30% of the total, with estimated sales of 100,000 units, an executive of the firm told Nikkei in October 2022.

The firm announced last September that it would try to sell 1 million electric motorcycles in the next five years and 3.5 million by 2030, which would contribute 19% of the firm’s motorcycle sales.