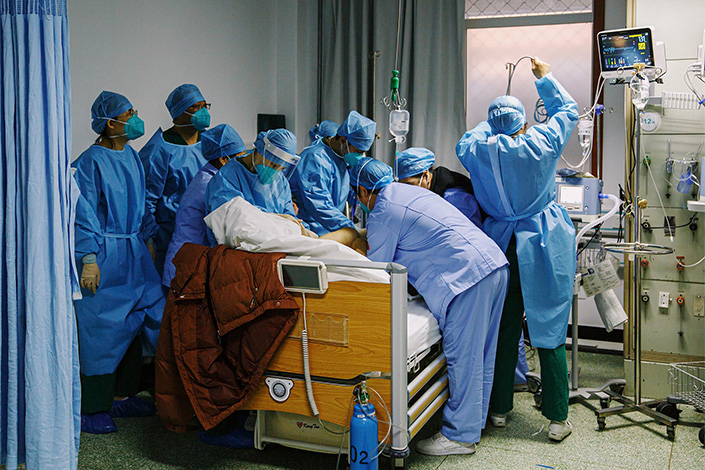 Outside the intensive care unit of Beijing Chaoyang Hospital, a phone call was made to the daughter of a critically ill patient on the evening of Dec. 21. “Dad, hang in there,” the daughter sobbed, hoping her father lying in an ICU bed could hear. “You can’t sleep!”

A third party, a family relative, was on site facilitating the call. “He’s responding! He’s weeping,” the relative informed the daughter. “You need to take care of yourself, emotionally,” the relative added in a seemingly calm tone, though shortly afterward, he would drop to his knees to urge a doctor who had just emerged from the ICU to save the father.