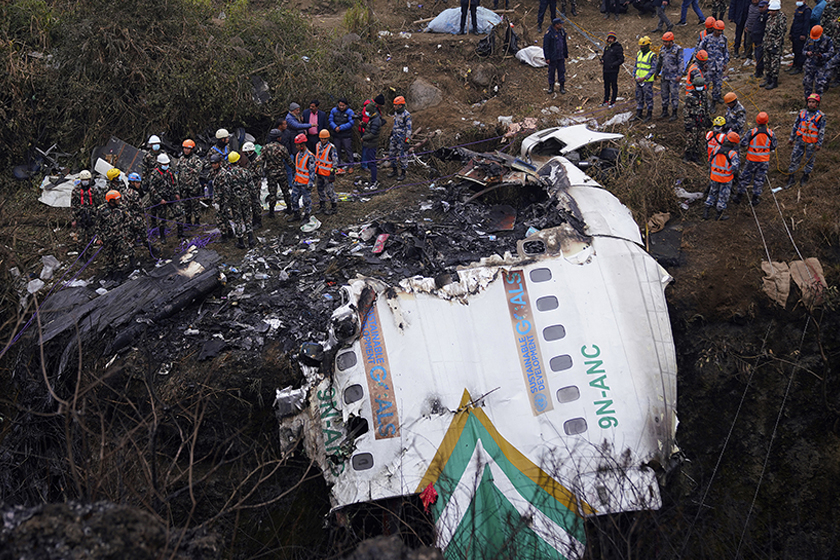 Nepalese rescue workers and civilians gather around the wreckage of a passenger plane that crashed early Sunday into a gorge in Pokhara, central Nepal. A total of 68 bodies have been recovered, with four still missing. Photo: Krishna Mani Baral/VCG 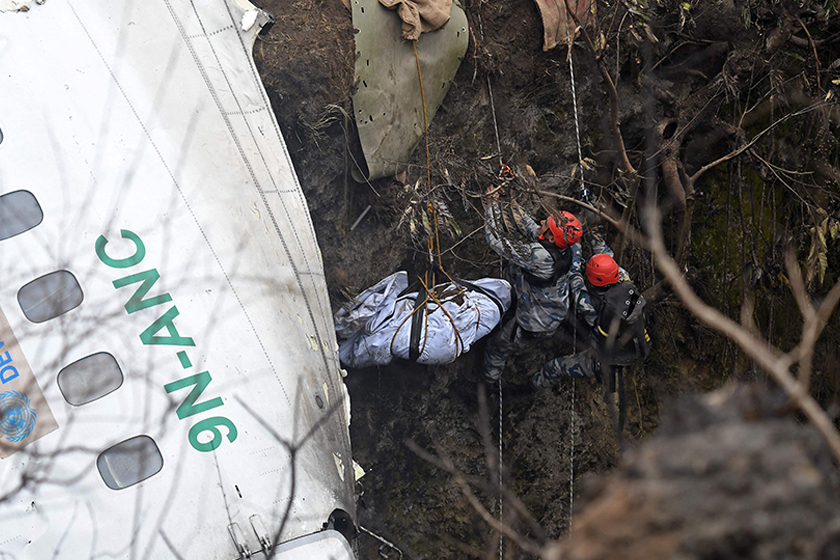 Rescue workers transfer the body of a victim on Monday. There were 15 foreigners aboard the flight, including five Indians, four Russians, two South Koreans and one each from Australia, Ireland, Argentina and France, according to a statement from the Civil Aviation Authority of Nepal. Photo: Yunish Gurung/VCG 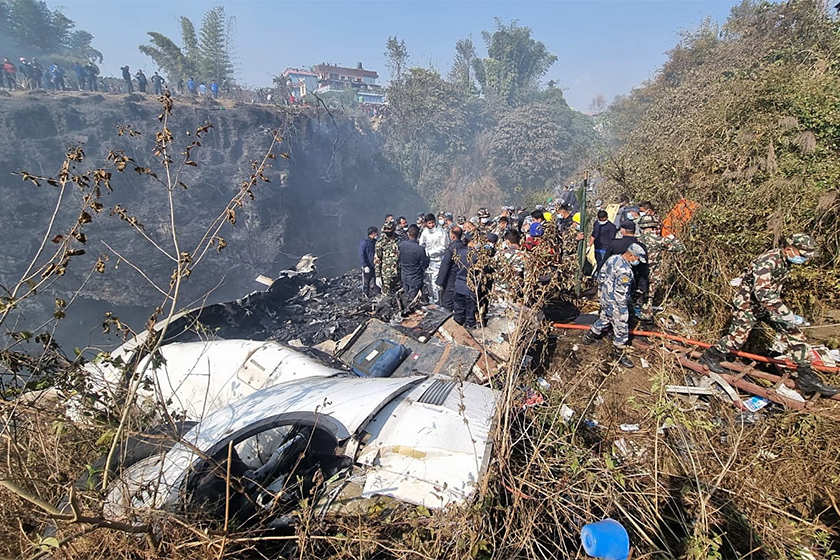 Rescue work is conducted at the wreckage of the Yeti Airlines ATR72 aircraft on Sunday. The plane’s black boxes have been reportedly recovered. Photo: IC Photo 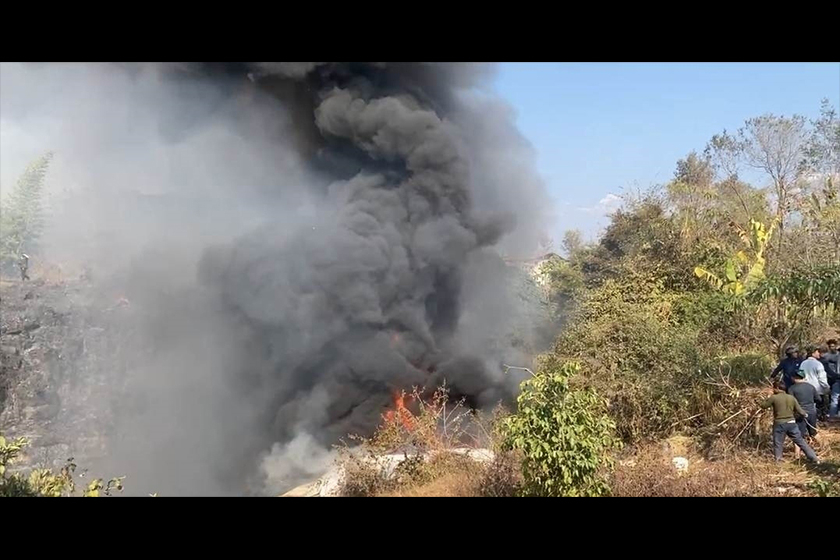 Smoke billows from the crash site on Sunday. A spokesman for Nepal’s Army said 80% of the plane had been gutted in fire, according to Xinhua. Photo: IC Photo 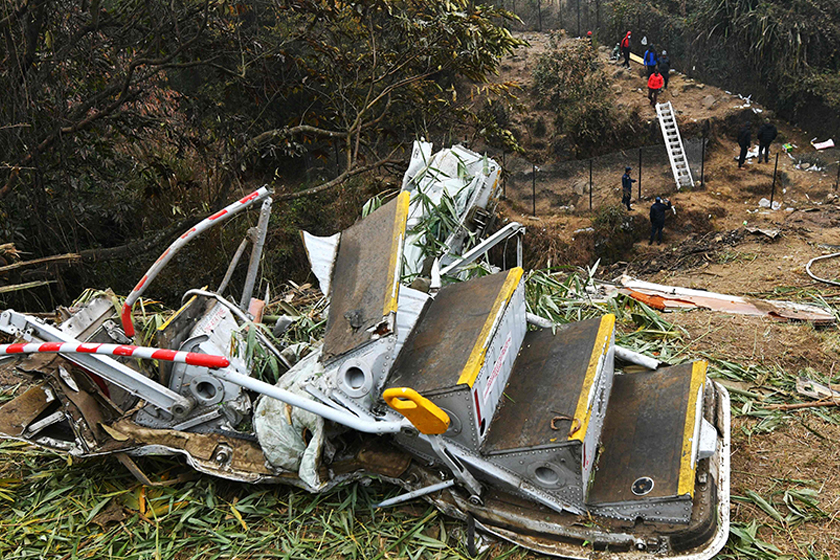 The wreckage of a crashed plane on Sunday. The cause of the crash is under investigation. Photo: Prakash Mathema/VCG 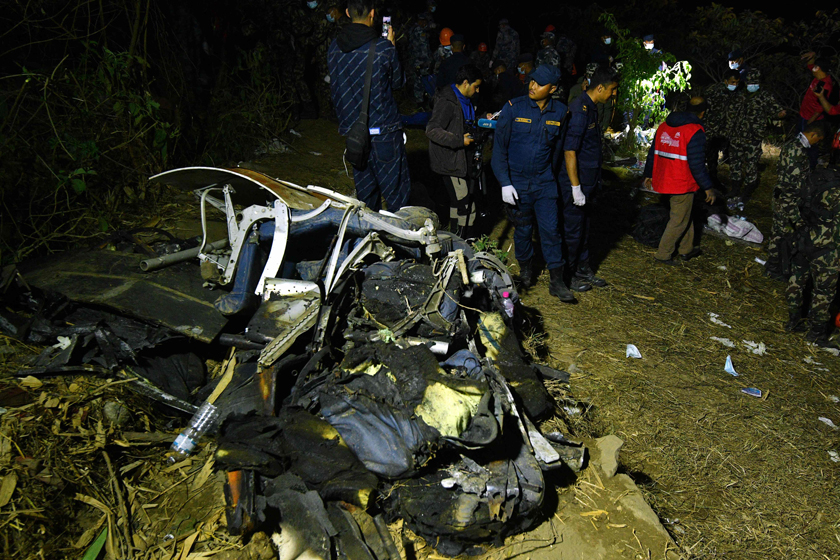 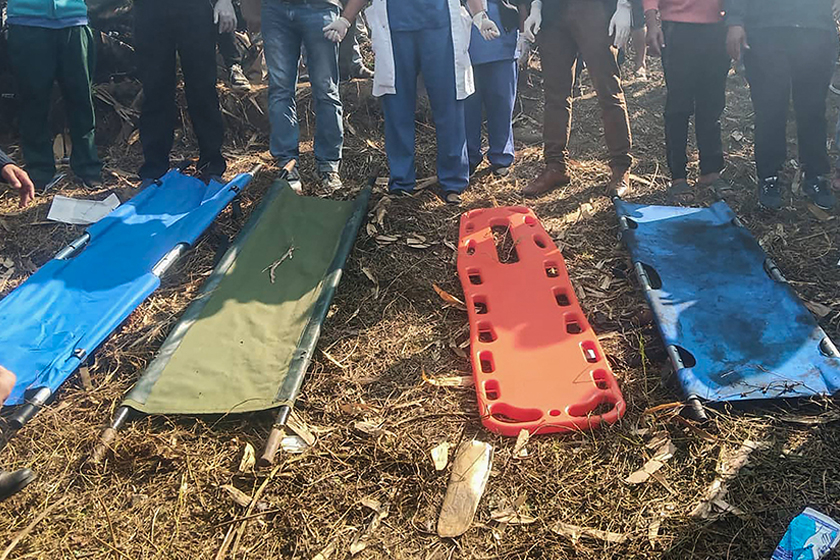 Stretchers are prepared for possible survivors at the site of the crash. There were three children and three infants among the passengers. Photo: Bishan Chetr/IC Photo 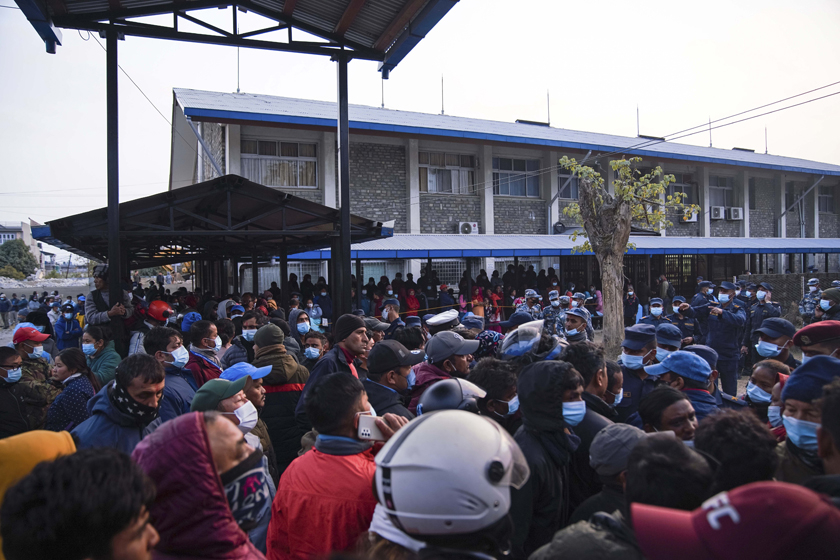 People gather outside a hospital for updates of the crash. The incident is the deadliest aviation accident in the mountainous country since 1992, when a Pakistani plane crashed into a hillside, killing all 167 people on board. Photo: Yunish Gurung/VCG