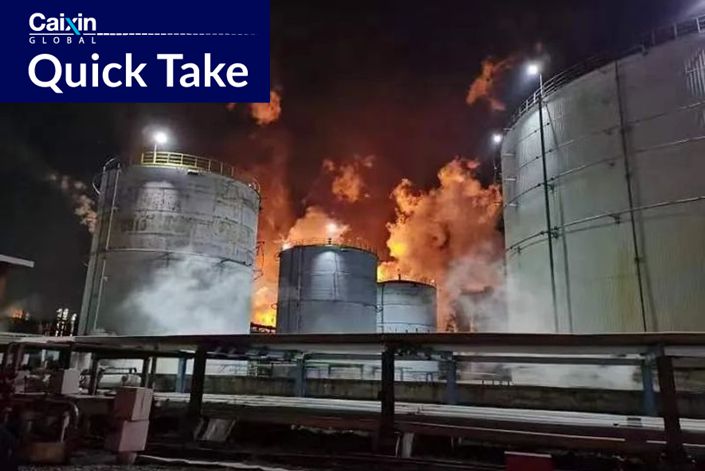 What’s new: At least five people have died and another eight are missing after an explosion at a chemical plant in Panjin, Northeast China’s Liaoning province, according to the Ministry of Emergency Management.

The blast happened on Sunday afternoon while maintenance was being conducted on an alkylation facility at Liaoning Panjin Haoye Chemical Co. Ltd., the ministry said in a statement published Monday night. A previous announcement from the local county government said around 30 people were injured.

Caixin learned from sources that a pipeline leak of alkylation reaction material was first detected at the plant on Wednesday. After several attempts to stop the leak failed, the pipeline burst Sunday afternoon and the ejected material was then ignited by static or an open flame, triggering the explosion.

The county authorities said it is still investigating the specific cause of the accident.

The background: Alkylation facilities are used to produce alkylated oil, which is more environmentally friendly and has higher combustion efficiency than gasoline. The reaction uses highly combustible material including propylene, butylene, and isobutane.

Haoye Chemical mainly produces alkylated oil, refined oil, road asphalt and liquefied petroleum gas, according to its website. The company, founded in 2012, has 2,500 employees and was ranked 52nd among the top 500 petrochemical enterprises in the country by the China Petroleum and Chemical Industry Federation and the China Chemical Enterprise Management Association in 2021.