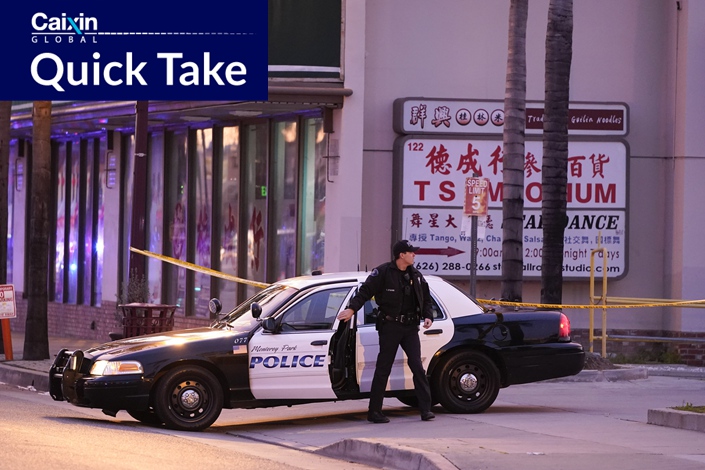 What’s new: China’s consulate in Los Angeles issued a safety warning on Monday urging Chinese nationals in the area to stay vigilant after a mass shooting left 10 dead and another 10 injured in an Asian American community near the city on Lunar New Year’s Day.

The consulate said in a statement that all Chinese nationals in the area should “raise risk awareness and strengthen security precautions to ensure personal safety.”

What’s more: The gunman, identified by local police as Huu Can Tran, a 72-year-old Asian American, fired on scores of people at a dance club in Monterey Park, east of Los Angeles.

He killed himself when approached by police on Sunday, about 12 hours after the shooting.

The victims appeared to be in their 50s, 60s and older, according to local police. Of the 10 people injured, seven remained hospitalized on Sunday night, with at least one person in critical condition.

Police said the gunman tried to carry out another shooting at a separate club minutes after the first attack, but he was disarmed by two bystanders and fled. The gunman’s motive is still unknown.