At Least One Chinese National Among Victims in Lunar New Year U.S. Shooting 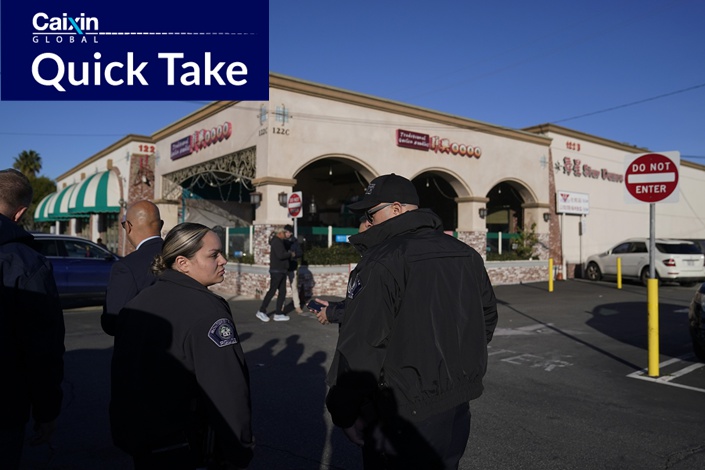 What’s new:  China’s consulate in Los Angeles confirmed at least one Chinese citizen was among the 11 killed during the Saturday mass shooting at a dance club in Monterey Park.

In a statement published Tuesday, the Chinese Consulate General said it was in close contact with local police and relevant departments in the U.S. on progress of the investigation and welfare of Chinese nationals involved.

There were no details as to exactly how many victims, all of whom are over 50 years old, were Chinese citizens. The consulate has issued a safety warning on Monday, urging its nationals in the area to stay vigilant.

Local police initially reported 10 dead and 10 injured after the shooting in the majority Asian American community. One more person died after being sent to the hospital.

What’s more: In a separate attack on Monday, at least seven more people were killed in shootings in two areas of Half Moon Bay south of San Francisco, less than 48 hours after the Monterey Park shooting.

Local police said the suspect, later identified as 67-year-old Zhao Chunli, has been taken into custody. NBC reported Half Moon Bay City Council member Debbie Ruddock said some of the victims were Chinese farmworkers. The incident is being investigated.