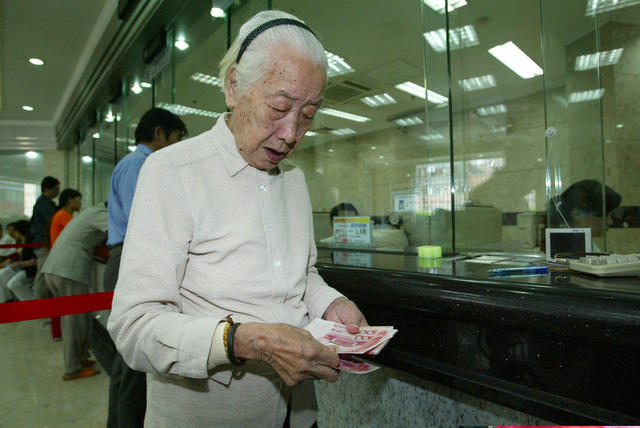 (Beijing) – The government should use profits from state-owned enterprises to offset a shortfall in pension funds and ease burdens on employers, Finance Minister Lou Jiwei said on March 22.

Lou said the government did not start the pension system until the 1990s when workers in the private sector and at SOEs were required to contribute.

Older retirees, who contributed little or nothing to pension funds while they were still working, have still been paid out of it, leading to a funding shortfall. The shortfall can only be addressed if state assets are put into the pension fund, Lou said. This would also allow employers to contribute less to ease their burden.

Lou made the comments at the China Development Forum, an annual conference held by the cabinet's Development Research Center. The forum this year ran from March 21 to 23.

Vice Premier Ma Kai told The Beijing News in December that employers and employees pay between 40 and 50 percent of their monthly salaries into social security insurance, such as pension funds and health care coverage.

The Communist Party agreed on a plan to lower the level of social security payments at a major meeting in November 2013, and Lou said that the only way to achieve the goal is to require SOEs to contribute their earnings to the system.

The country's pension fund has started running low in recent years as the population ages and payments increase. Payments rose by 22.9 percent in 2012 from a year earlier, but contributions rose by only 18.6 percent.

The pension system was 86 trillion yuan in the red as of 2012 because the older retirees who made little or no contributions during their working years still received regular payments.

Government data shows that more than 8 million retirees are receiving payments from the pension fund.

In part to offset shortfalls in the pension system, the government is mulling a plan for delaying retirement ages. Starting from 2022, retirement ages would be raised by several months each year until a fixed age is reached.

The State Council, the country's cabinet, said on January 14 that civil servants and public workers will start to contribute to a unified pension program that also involves private-sector employees starting in October.