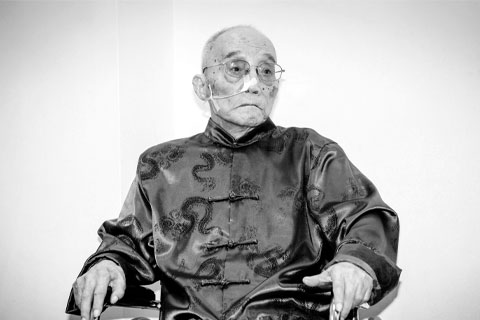 (Beijing) – Du Runsheng, an academic known as the "father of China's rural reform," died aged 102 in the capital on October 9.

Du died of multiple organ failure at Beijing Hospital, said one of his former students. He lived at the hospital for several years before his condition deteriorated on October 8, the former student said.

Du was best known for drafting an annual Communist Party paper on rural development, called the No. 1 Central Document, from 1982 to 1986, while he was the director of the Rural Policy Research Office under the Central Committee.

In these documents, Du helped formulate bold rural policies, including one that allowed farmers to sell crops grown on their land and keep the proceeds. These policies broke from the less efficient collective land ownership system under the rule of Mao Zedong.

"Looking back at the history of China's rural reform and development, whether it is recorded in historical documents or imprinted on people's minds, we all need to pay tribute to one eminent figure – Du Ruisheng," Chen Xiwen, a deputy head of the party's leading group for rural matters and a former student of Du's, said in a speech to mark his mentor's 100th birthday in 2012.

Du mentored many students who went on to become leaders in a range of fields, including Wang Qishan, China's top graft-fighter; Justin Lin Yifu, the former chief economist and senior vice president of the World Bank; and Lu Mai, the secretary of the China Development Research Foundation.

Du was born on July 18, 1913 in the northern province of Shanxi and fought in World War II against Japan.

Du fell out of political favor in the 1950s and was purged during the Cultural Revolution (1966-76). He worked in posts in Beijing that had nothing to do with farm policy research until 1978.

Then for the next three decades, he served in different positions as a key figure in rural reform.

He downplayed his own contributions to rural development and disliked being called the "father of rural reform," but changes he championed with the support of the former top leader Deng Xiaoping increased crop production and improved the living standards of farmers.

Even after retiring, Du advocated further rural reform. "Some serious issues need to be resolved," he said, calling on the government to treat farmers as the equals of urbanites and for the establishment of an independent farmers' association to better advance their interests.