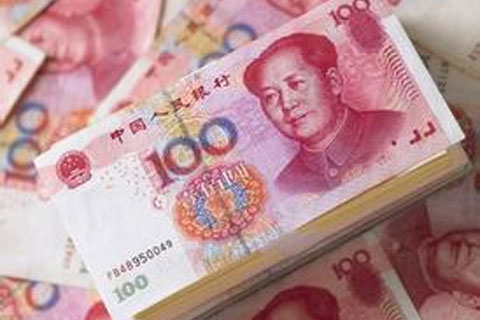 The year 2015 will go down as an annus horribilis for China's rising middle class because the speculative frenzy abruptly came to an end. In two harrowing summer weeks, shares on the Shanghai stock exchange lost one-third of their value. The collapse of non-conventional investment schemes also inflicted untold damage on the wealth of small investors.

Underlying every market bubble is a narrative that fits in a worldview people have learned. In China, the siren song is composed of financial innovation and a burning desire to be taken seriously in the global marketplace.

The Fanya Metal Exchange in the southwestern province of Yunnan built a sand castle on this heady mix of novelty and a deeply felt need to avenge the neglect and slights that China has long suffered. On the prospectus, the exchange was said to provide a trading platform for small investors to take stakes in minor metals such as indium and bismuth that are crucial for the country's industrial development. Instead of having the prices of these commodities dictated by international trading houses, Fanya aimed to assert China's right to set the world benchmark price (dingjiaquan), and to strengthen its "speaking right" (huayuquan) on the international stage commensurate with the country's economic heft.

Shan Jiujiang, the CEO and majority shareholder of this privately held company, bragged that his innovation was to connect a minor metal with the financial industry. He played to the grievance felt by many Chinese people that "we don't get reasonable profit" despite the fact that the country is the dominant producer of some of those commodities.

Thus cloaked in novelty and populism, the project took off with the backing of the Yunnan provincial government. On the surface, the exchange looked genuine. Its warehouses were stockpiled floor-to-ceiling with drums of minor metals, and the daily transactions were reported to the State Council, creating the impression the operator was state sanctioned. Unknown to investors, the exchange used the warehouse holdings as collateral for loans to gamble in China's casino-like stock markets. Besides minor metals trading, Fanya offered an investment vehicle that promised annualized returns of 13.7 percent and easy redemption.

The cracks appeared in April, when the initial speculative frenzy in the metals cooled and the collateral rapidly shrank in value. Insolvency concerns spurred investors to start to withdraw funds. A few months later, the stock market crash dealt the final blow. Some 220,000 investors across the country racked up a total loss of 43 billion yuan, or US$ 6.2 billion. Large crowds protested to demand the securities regulator investigate, but the market watchdog passed the buck to the Yunnan government.

Shan blamed Fanya's collapse on evil foreigners, who sabotaged its efforts to challenge the clubby global trade in minor metals. Actually, had Chinese investors heeded the warning of veteran traders abroad, they would have been spared a lot of grief. When the London-based Minor Metals Trade Association reviewed Fanya's application for membership, its board members expressly questioned the suitability of small investors trading in this illiquid market.

The Chinese government forcefully intervened in the stock market rout, but let Fanya implode because it did not pose a systemic risk to the capital market. The company's CEO was exposed as a serial fraudster, angry investors threatened him with physical violence, and several investment gurus who had shilled for Fanya got booed in public. While unlucky investors were mocked for their cupidity, no one questioned the chasing of an elusive trophy to fix the benchmark price of commodities and the strengthening of China's "speaking right." The same tropes are likely to justify more dubious investment schemes in the future.

To stimulate economic growth, the central bank has slashed interest rates five times this year. Bank depositors, hungry for yields, are easy prey for a new crop of "wealth management" products. Without regulatory oversight and vigorous prosecution of Ponzi scheme predators, small investors now look as vulnerable as before this year's bloodbath. Sadly, the middle-income folks are always the ones getting the short shrift.