Amid New Sino-Russian Ties, History Is Twisted to Serve the Present 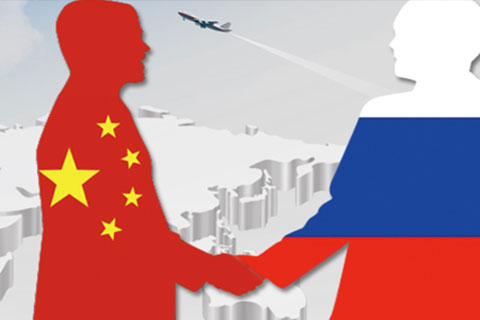 From forging a comprehensive strategic partnership to signing trade deals worth billions of dollars, the warming relations between China and Russia oblige both sides to drop age-old grievances to focus on friendly times in the past that can be called upon to serve the present.

The two governments are calling 2016 the China-Russia Media Exchange Year, and a new narrative is taking shape to highlight equality and mutually beneficial exchanges in their early encounters. Many Chinese nod knowingly that this is another campaign mockingly called, "History builds the stage for the economy to run the show."

Back in the 17th century, the two empires, China in the east and Russia in the west, emerged from the ruins of the Mongol domain and pushed into sparsely populated Northeast Asia. Intermittent clashes between Russian settlers and the natives, who were subjects of the Manchu emperor, prompted the Manchus to lay a series of sieges to a fort at Yakesa, called Albazin in Russian. In 1689, the two sides negotiated and signed a treaty at Nerchinsk, a trading post. This was the first Western-style treaty between China and an occidental power, and it employed Latin as the language of diplomacy, with the help of two Jesuit missionaries serving the Chinese imperial court.

A second treaty between the two neighbors was signed at Kiakhta in 1728, which demarcated the borders and set the rules of commercial exchange in the same amicable atmosphere as in Nerchinsk. Afterward, trade in tea and fur flourished. Merchants from Shanxi Province in northern China built the financial infrastructure for this east-west commerce. Seen in this perspective, traditional China's mercantilism in what was once called Inner Asia was sophisticated, outward-looking and bringing prosperity to all trading partners.

All this rhetoric is fine, but a selective reading of history cannot avoid looking at the unpleasant sequel to this glowing spirit of equality and good business sense that vanished in the 19th century. Exploiting the chaos of the Anglo-French expedition in 1858-1560, Russia annexed substantial territories at China's expense. Scholars intent on exposing the dark side of this history have been dismissed by the pugnacious Global Times as "Quixotic pedants."

The humiliation of ceding territories in times of national weakness has been branded into the psyche of the Chinese people, and for this reason the marathon negotiations for border treaties starting in the 1990s had to be kept under wraps. Only in recent years has the public been informed that the process was concluded in 2008.

In their eagerness to make history a handmaiden of the present, news outlets step into a field still strewn with landmines. Last year, officials in the northeastern province of Jilin, celebrating the erection of new border posts, claimed to have taken back 4.7 square kilometers of land lost to Russia during the Qing Dynasty. This whipped up a brief moment of excitement as major news websites gave the development prominent play. The Russians, ever sensitive to signs of Chinese revanchism, challenged the claim, and the Jilin officials retracted the story, clumsily blaming sloppy journalism for the mistake. The incident is an object lesson that the past is never dead and the hapless the media is but a pawn in the game.

China's foreign policy experts, wary of these fraught relations, would prefer to turn a page on the past – friendly or otherwise – and develop new ties based on economic cooperation and a shared vision of global governance. Old injuries can flare up with the slightest provocation, so why take the risk? The ghost of the past seems to have a mind of its own.

The stage history builds for the economy to run the show is inherently rickety. As Victor Hugo aptly put it: "Friend" is sometimes a word devoid of meaning. "Enemy," never.