What Paris Agreement Left Out

By Mia MacDonald and Antony Froggatt 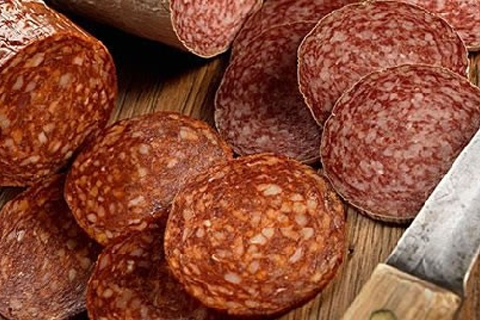 What the world eats and how it produces its food are more important factors in addressing climate change than governments or their citizens generally recognize. The livestock sector accounts for a significant share of global greenhouse gas (GHG) emissions, 14.5 percent, as much as tailpipe emissions from the world's transportation sector.

The Paris agreement, reached by nearly 200 countries at the COP21 summit, is a milestone on the road to a stable climate. Governments pledged to keep global temperature increases to less than 2 degrees Celsius above pre-industrial levels and to work toward a more ambitious target of limiting the overall temperature rise to 1.5 degrees Celsius.

The first goal will require not only a rapid reduction of carbon dioxide emissions, but also those of other greenhouse gases including methane, which is 25 times more potent than CO2 in warming up the planet. Nearly half of the world's methane emissions come from the livestock sector.

The governments that signed the Paris agreement knew the pledges they made in their intended nationally determined contributions (INDCs) were inadequate. It is clear that future plans will need to be more ambitious, encompassing developed countries and fast-growing emerging economies alike and cover not only energy but also other sectors, especially agriculture.

If current trends continue, global meat consumption will rise by 76 percent by 2050. It will be almost impossible to achieve the targets agreed to in Paris without eating and producing less meat.

Researchers from Cambridge University have found that a global transition to healthier diets could cut CO2 equivalent emissions by an extra 6 billion tons by 2050. Nearly all of this reduction will come from reduced meat consumption. A focus on dietary change could also lower the costs of climate mitigation measures by up to half by 2050.

Many people, whether they work in the government or the private sector, are not aware of livestock's role in climate change and their health. Yet the environmental and social costs of overconsumption of meat (and production of feed crops like soybeans and corn) are considerable. They include rising rates of obesity, diabetes and the depletion of soil, water, forests and biodiversity. Industrialized countries have increasingly realized the impacts, and a growing number of other countries, including China and India, have felt the pain as well.

More than 70 billion animals are used to produce food every year; this number could reach 120 billion by 2050 if nothing changes.

Without government intervention, people are unlikely to eat less meat, and businesses have little incentive to reduce supply. This leaves governments trapped in a cycle of inertia: they fear the consequences of taking action, while low public awareness means they do not feel pressure to do so.

But there is reason to believe that governments do not have to be so cautious.

Research by the University of Glasgow in Brazil, China, the United States and Britain suggests that the public expects governments to lead in this area and the risks of a backlash are overestimated. A multipronged approach – led by governments and involving celebrities, the media, scientists, environmental organizations and the private sector – is most likely to succeed.

Public education campaigns to raise awareness of the climate consequences of eating too much meat could be folded into efforts to alert people to the health effects – learning from ongoing efforts to educate the public about the risks of abusing tobacco and alcohol, and consuming trans fats and drinking sugar-laden sodas.

While essential, raising public awareness is not sufficient. Governments can and should also work with industry to put clear labels on healthier, more sustainable food products produced with less emission of greenhouse gases; and encourage investment in the research and development of alternatives to animal-based protein. Entrepreneurs Vinod Khosla, Bill Gates, and Li Ka-shing have all funded companies working on meat and dairy analogues.

National guidelines for sustainable and healthful diets are also important. China is well positioned to be a leader in this arena. Nutrition guidelines issued by the State Council in 2014 aimed to reduce the country's average annual per capita meat consumption by half to 29 kilograms by 2020. These guidelines have drawn interest from policymakers, researchers and organizations in the United States, the European Union and elsewhere. Such national directives are now recognized as a central element in a comprehensive approach to ensuring healthier diets and addressing climate change.

Procurement is another key area. Governments are often the largest buyers of food products for schools, public hospitals, government ministries and the military. China's INDC called for limits to large-scale agricultural industrialization and promotion of "low-carbon" food service – the only INDC to include demand-side action on food.

The governments should encourage sustainable diets and provide incentives for food systems that reduce greenhouse gas emissions and prioritize sustainability. Other measures, such as reforming industry subsidies and initiating carbon taxes, may ultimately be necessary, although they're also more politically sensitive and likely to encounter more resistance.

Given the potential and the benefits, why should not reducing greenhouse gases from meat consumption and production become a priority for governments as well as the private sector and health and environmental researchers and advocates? We think it will. Stabilizing the global climate requires no less.