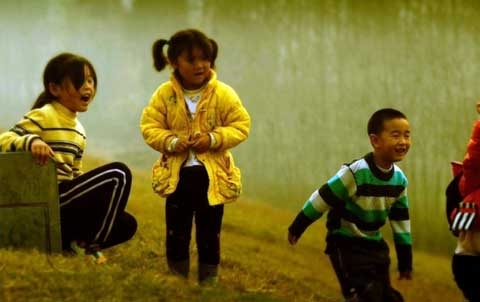 (Beijing) – The central government is stepping up efforts to protect the children that migrant workers leave behind in rural areas when they head off to work in big cities – in part by banning parents from letting youngsters under age 16 live alone – but a rights activist says authorities must make more resources available to families for the situation to improve.

The State Council issued a directive on February 14 that detailed measures intended to protect children whose parents go off to work in big cities. The cabinet said that parents should do their best to take their children with them or put them in the care of at least one parent or relatives before they leave.

No children under the age of 16 are allowed to live on their own, the State council said.

Kindergartens, schools, medical facilities, village committees and government-run aid agencies at the community level are responsible for identifying children who are not adequately cared for and for reporting problems to police, the cabinet said.

China has for years grappled with issues related to the youngsters it calls "left-behind children," who often suffer amid dramatic social and economic transformations that see millions of migrant workers head to big cities in search of better-paying jobs.

The country has about 60 million left-behind children, official data show, and more than 2 million take care of themselves.

Four children who were left by their parents in a rural village in Bijie, in the southwestern province of Guizhou, committed suicide on June 9 last year, in an incident that received widespread publicity. The oldest boy, 13, was left to care for his three sisters, aged nine, eight and five, though local officials and relatives occasionally helped them.

The cabinet said that parents who fail to provide their children with proper care will be deprived of their parental rights and the children will be put in the care of relatives or foster parents.

Du Shuang, the head of Growing Home, a Beijing-based non-governmental organization that advocates for the rights of left-behind children, said that the government is moving in right direction by laying out guidelines addressing the plight of the youngsters. However, it must offer more concrete support, such as a system of social workers in underdeveloped areas, she said.

Du said that both schools and the township government were aware of the conditions that the four children in Bijie were living in, but they did not have the resources to help them.

The children of migrant workers would be better off joining their parents in the city, but the reality is that the youngsters are denied access to basic services such as public schooling when they move, Du said.