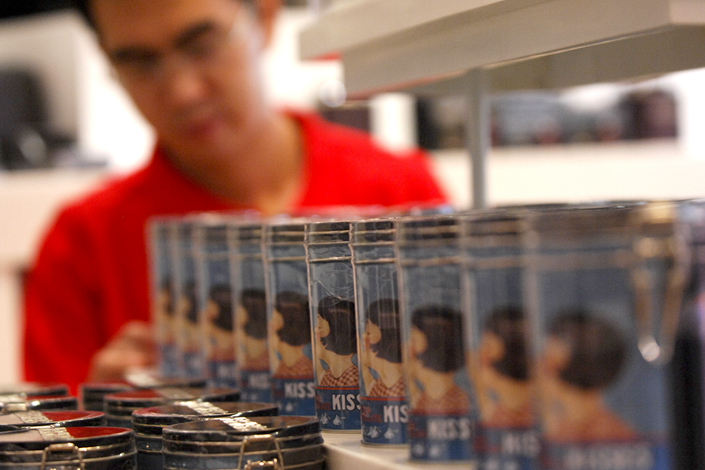 Chinese customers buy chocolate in a Hershey store in Shanghai on Sep. 25, 2008. A joint venture between Hershey Co. and Lotte Group in Shanghai was ordered to halt production as authorities cited safety concerns. Photo: IC

The joint venture’s production halt came after local authorities in Shanghai conducted a recent fire and safety inspection, a Lotte spokeswoman said on Thursday. She did not provide more specifics on the nature of the violations that prompted the order.

Lotte and Hershey set up the joint venture in 2007 and were using it to make both companies’ products, including chocolate and other candies, for the Asia market. A Hershey spokeswoman was not immediately available for comment.

Tensions have been growing recently between Seoul and Beijing over the U.S.’ Terminal High Altitude Area Defense (THAAD) anti-missile defense system, which South Korea plans to install but which China opposes because it could be used for spying. Lotte recently agreed to sell a golf course to the South Korean government as a base for the system.

The forced production halt in Shanghai would be the first such major case involving a company from the U.S., which is supplying South Korea with the THAAD system.