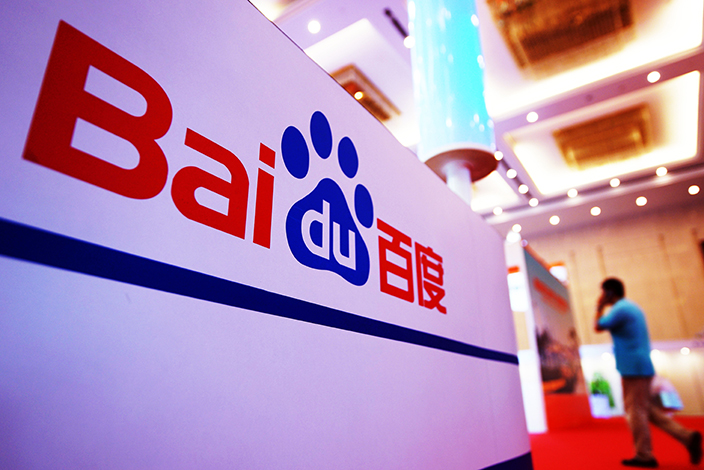 A visitor walks past a Baidu, Inc. stand during a fair in Tianjin, China, on Sep. 21, 2014. Baidu announces plans for second R&D center in Silicon Valley, in race to build up artificial intelligence capabilities. Photo: IC

(Beijing) — Baidu, Inc. announced it will open a second research facility in Silicon Valley Friday, in the hope of poaching talent for its machine-learning units, which are expected to shape its future business as traditional profits wane.

CEO Robin Li has been mapping out a future in deep learning and artificial intelligence at Baidu as profits from traditional search-engine advertising dwindle. With market capital of $58 billion, the search leader trails far behind Alibaba Group Holding Ltd. and Tencent in valuation, at $270 billion and $273 billion respectively. Baidu’s profits suffered a 38% year-on-year plunge in the fourth quarter of last year after a scandal over the company mixing advertisements among its search results.

In June, Li predicted that the field of AI will be a growth area in coming years as mobile internet growth wanes, emphasizing that “Baidu will make AI its strategic focus over the next 10 years.”

In November, during the World Internet Conference, he echoed this sentiment. “Dividends from the mobile internet era have expired,” he said. “Opportunities in the future lie in artificial intelligence.”

The company has tried to remain a step ahead of the game. In September, Baidu set up a $3 billion fund targeting mid- and late-stage technology startups. A month later it launched a $200 million fund focused on AI, augmented reality, and deep learning.

But competition in the field has only intensified. Earlier this month, ride-hailing firm Didi Chuxing set up an AI lab in Silicon Valley, hoping to lead in the self-driving vehicle industry, and to better analyze its abundance of data.

Baidu’s new facility, called the Artificial Learning and Autonomous Driving Unit, will have 150 personnel and will be located less than a kilometer from its current research center in Sunnyvale, California, which has nearly 200 employees.