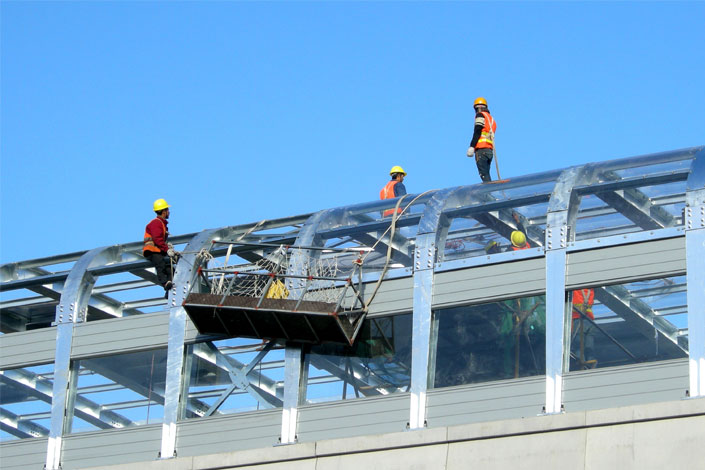 The Yanfang Line, currently under construction, will be Beijing's first driverless subway line when it opens. Photo: Visual China

(Beijing) — The first driverless subway line in China’s capital will open this year, a cost-saving move that the developers say reduces human error but critics warn could result in accidents and will lead to painful layoffs.

The new, nine-station Yanfang Line will cover 10 miles in southwestern Beijing, running at up to 60 mph, the state-owned Xinhua News Agency reported. A command center will control its speed, braking and doors, and even wash the trains, the news outlet said.

Some subway lines in Beijing are already automated, but a driver monitors them.

In addition to being a first for China’s capital, the subway line will be the first developed by a group of Chinese firms, led by Beijing MTR Construction Administration Co. and train maker CRRC Qingdao Sifang Co. Ltd.

For example, Shanghai and Guangzhou have driverless subways that were developed and produced by French rail transport producer Alstom SA and Canada’s Bombardier Inc. respectively.

China has made a mark globally with its manufacture and export of high-speed trains. But it still is behind on driverless trains compared with Europe, where driverless trains have been in action for nearly two decades. Paris introduced the first such train, Ligne 14, in 1998, when Beijing had only two lines—with drivers.

Liu Lekai, a Beijing resident, said he is excited about the new line and looks forward to seeing how the new technology changes life.

But some experts say the technology won’t be adopted quickly throughout Beijing. Passenger flow in Beijing is huge, and a driver can be useful in certain emergencies, said Zhao Jian, director of China Urban Research Center at Beijing Jiaotong University.

Beijing currently has 15 lines, which carried an average 8 million passengers a day in 2016, according to data from the operator Beijing Mass Transit Railway Operation Co. Ltd. During rush hour at some stations, people have to wait for two or three trains before they can board.

Some subway users say they worry about possible safety issues.

Guan Siqi, who lives where the new subway line will be, said she feels certain circumstances need a driver’s judgment. “Trains are now already overloaded with commuters, and unexpected things, such as doors being forced to open (by passengers) and emergency brakes (needing to be applied), usually happen, which requires drivers for safety issues,” Guan said.

Guan said people had faith in China’s advanced technology, but still, the Wenzhou rail crash took place in 2011. Two high-speed trains collided in the southeast Zhejiang province after the one in the lead was struck by lightning and was then rear-ended by the train behind it, killing dozens of people.

A similar accident occurred with two driverless subway trains in Shanghai that collided in 2011, injuring at least 270 people.

To ensure safety, the new driverless underground train in Beijing will be equipped with an emergency braking system that can stop the running compartments once it hits obstacles or derails, Xinhua reported.

If it works well, it may lead other lines in Beijing to adopt the technology, Xinhua reported.

But the move away from humans to machines prompts some worries.

“As a populous country, if everything is automated, everyone will end up jobless,” a Beijinger said, who asked for anonymity.