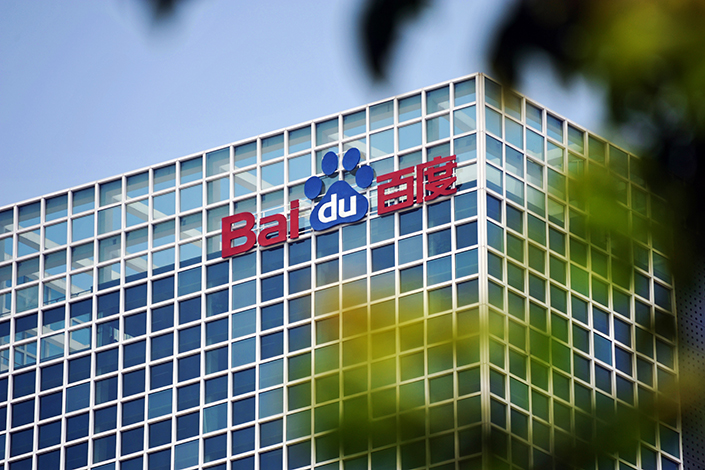 Baidu is under intense pressure to reduce losses at iQiyi, as well as its Nuomi group-buying and takeout-dining divisions, following a major scandal last year that saw growth screech to a halt for its highly profitable core search business.

In its latest annual report, released in the U.S. on Friday, Baidu said it cut back sharply on its transaction-services business, which includes both Nuomi, often likened to U.S. sector leader Groupon, and a takeout-dining division that lets people order food over the Internet from private restaurants for delivery to their homes.

Revenue from the transactions services unit fell 30% last year to 4.9 billion yuan ($712 million), producing an operating loss of 12.4 billion yuan. Expenses for the unit fell by a much-smaller 14% to 17.3 billion yuan, reflecting the intense state of competition Baidu faces from the likes of Meituan-Dianping in group buying and takeout dining, and Ele.me in takeout dining.

While its transaction services unit sputtered, Baidu performed better in online video, where iQiyi saw revenue more than double last year to 11.3 billion yuan. That growth was slightly faster than an 81% rise in operating costs, translating to an operating loss that widened by a relatively mild 16% to 2.8 billion yuan as the unit benefited from growing economies of scale.

IQiyi told Caixin in September it hoped to become profitable as soon as 2018, and that the company hopes to make an eventual initial public offering, most likely in New York or Hong Kong.

Baidu said its search service revenue and profit both fell last year, marking the first decline since the company went public a decade ago. A main culprit behind the decline was a scandal last year over the company’s practice of mixing paid advertisements with organic search results without clearly saying so, which forced Baidu to change its disclosure rules and limit the amount of advertising on its pages.