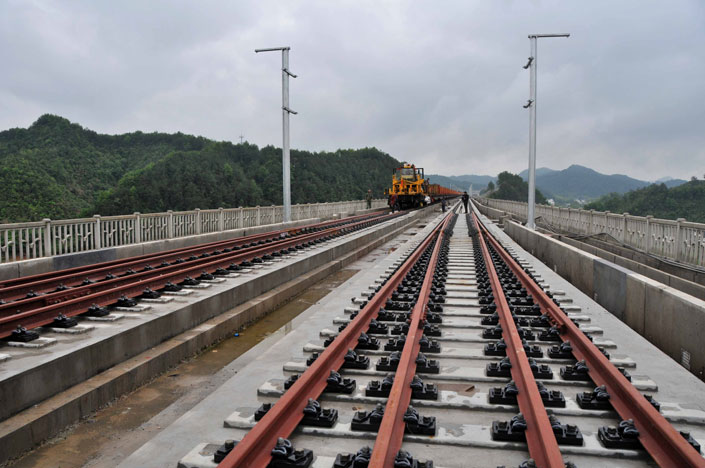 (Beijing) – China Railway Corp. (CR), operator of the world’s biggest rail system, has rolled out eight new express cargo trains for lease, targeting mainly couriers as it tries to reduce debt and improve profitability in the era of air travel.

Delivery companies and other customers can opt for either a whole unit, most of which have 16 or 17 carriages, or for individual carriages, said a CR employee who oversees the issue.

Qualified clients include all companies incorporated on the Chinese mainland with registered capital of at least 2 million yuan ($290,000) by the end of last year.

Bidders and their proposals will be announced on May 25.

The move is one of many reforms CR has conducted to improve its financial status. Since it was spun off from the Ministry of Railways in 2013, its lack of experience as a commercial entity has hindered its ability to adapt to unexpected market changes.

The delivery sector in general has seen significant growth in recent years, due largely to shipments from e-commerce, and this isn’t CR’s first foray into the area. In 2014, it launched its first batch of e-commerce cargo trains running between Shanghai and Shenzhen, Beijing and Shanghai, and Beijing and Guangzhou, which were leased by leading couriers SF Holding Co. Ltd. and Shentong Express Co. Ltd.

A CR employee told Caixin that since this 2014 launch, there has been some successful cooperation between rail-system management and couriers, and that CR will continue allocating resources to deepen the collaboration.

Rail freight grew in the first quarter of this year, with goods packed in containers up 51% to 2 million 20-foot equivalent units. Cold-chain (temperature-controlled) shipping rose 84% to 206,000 tons, and 920,000 automobiles were transported an increase of 51%.