Alipay to Debut in U.S., Hot on Heels of WeChat 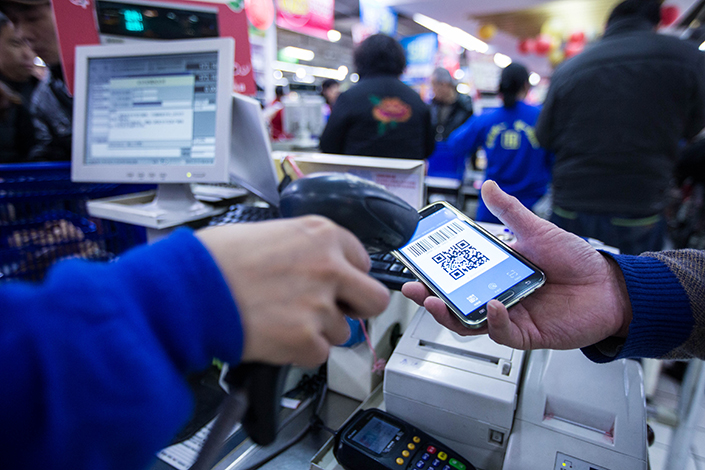 The news comes a week after major domestic rival WeChat announced its entry into the market.

Ant Financial Services Group, which operates Alipay, is partnering with American payment solutions firm First Data Corp., which will offer the Chinese platform access to its 4 million clients in the U.S., the American company said Monday.

The U.S.-wide launch of Alipay — China’s largest online payment provider with around 450 million active users — comes after a pilot rollout in November at certain retail locations in California and New York state.

“Our goal is to extend reliable payment services to the over 4 million Chinese consumers that visit North America every year,” said Souheil Badran, president of Alipay North America.

As in China, the transactions will be enabled by scanning a QR code on shoppers’ phones.

The move comes just a week after Alipay’s major rival, WeChat Payment, owned by internet firm Tencent Holdings Ltd. and embedded in the popular messaging app WeChat, announced its entry to the U.S. via a tie-up with Silicon Valley-based payment startup Citcon.

Mobile payment in China dwarfs that of much of the rest of the world, where even roadside food stalls accept Alipay and WeChat. In 2016, mobile-payment transactions rose 45% to 158 trillion yuan ($23 trillion), according to China’s central bank, while the figure in the U.S. was only $112 billion, up 39%, according to Forrester Research.

In China, Alipay and WeChat accounted for around 90% of that share, according to consultancy Analysys.

In their home country, both platforms have rolled out similar strategies to win users, including eliminating service charges for money transfers, and giving out money during Lunar New Year.

Alipay was an early entrant into the market, in 2004, and maintains a larger market share in China, at 50% to WeChat’s sub-40%. But WeChat is catching up, and has an advantage in that it began, in 2013, as a sub-function of the WeChat messenger app, positioning it stronger in social networking, as users can pass digital “red envelopes” with money, among other functions. Although Alipay has developed similar uses, it has struggled to become integral to social networking.

As battle between the two has moved overseas, they have looked eagerly for partners in Asia, Europe, and North America.

WeChat is expanding into Europe, with plans to set up an office in the U.K. alongside existing ones in Italy, Tencent Europe director Andrea Ghizzoni said in a recent interview.

Despite their efforts, both have had difficulty reaching local consumers in foreign markets, relying mostly on Chinese citizens living and traveling overseas as their main customers.