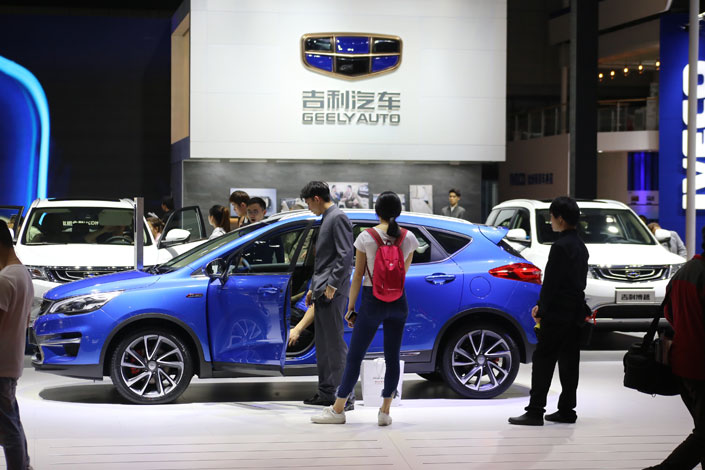 Geely show their new cars at the Shanghai Auto Show in April. The Chinese automaker acquired a major stake in Malaysia’s Proton, and a controlling stake its sports car subsidiary Lotus. Photo: IC

Geely Automobile Holdings Ltd. reached an agreement with Malaysian company DRB-Hicom Bhd. to purchase 49.9% of Proton Holdings Bhd., the Chinese company said in a statement Wednesday. Proton is also relinquishing a 51% stake in British luxury sports car manufacturer Lotus Cars, which it has owned since 1996.

The deal means that Lotus as well as Proton, which has been losing ground in Malaysia and the Southeast Asian market, will be joining the family that currently includes the London Taxi Corp. Ltd. and Swedish upscale carmaker Volvo Group.

Proton’s owner, conglomerate DRB-Hicom, has been seeking a foreign partner to restore profitability and representation in the global auto market since September. In February, DRB-Hicom officially announced that it was in the process of identifying the ideal associate to revitalize the brand, whose sales have been heavily impacted since the inception of Malaysian-Japanese joint venture Perodua in 1993.

Perodua is now the market leader in the nation, followed closely by Japanese brands Honda Motor Co. Ltd. and Toyota Motor Corp. Proton’s sales are about one third those of Perodua and now ranks fourth in the market, according to April statistics published by the Malaysian Automotive Association.

Geely’s mainland-based parent company, Zhejiang Geely Holding Group Co. Ltd., made its name in the global market in 2010 when it paid $1.8 billion for Volvo, even though the Swedish carmaker’s revenue was then 20 times that of its new owner’s. Geely also made headlines in 2013 when it purchased the struggling Manganese Bronze, maker of London’s famous black taxis and now known as the London Taxi Corp.